Kiama is a small town 120km south of Sydney that’s well known for the Kiama Blowhole. It’s just less than a 2-hour drive from Sydney, which makes it perfect for a day trip from Sydney; or a good stopover town for a road-trip to the Sydney south coast. The historic terraces in Kiama were built in 1886 for quarry workers and their families during the boom in demand for blue metal quarries in this area. Nowadays, the terraces are occupied by craft shops and cafes. These restored timber terraces are the last remaining in NSW. It’s not a long strip, just a few terraces in a small town setting. A walk here can be done comfortably by foot from the town centre. The old Kiama fire station (built in 1915) is now a small and cute Community Art Centre! The exhibition area was quite petite but gotta appreciate free artsy inspiration for everyone.

Another attraction at Kiama is the Kiama Lighthouse, which was established in 1887. The construction of the Lighthouse was in response to the need arising from the creation of the Robertson Basin, a man-made harbour to service Kiama’s supply of crushed blue metal and paving blocks for the streets of Sydney. The Blowhole viewing area’s right next to the Lighthouse. It’s supposedly the largest blowhole of its kind in the World. However, as with all natural occurrences, there’s no guarantee of its performance. We waited patiently… Well, at least we saw a couple of rainbows! 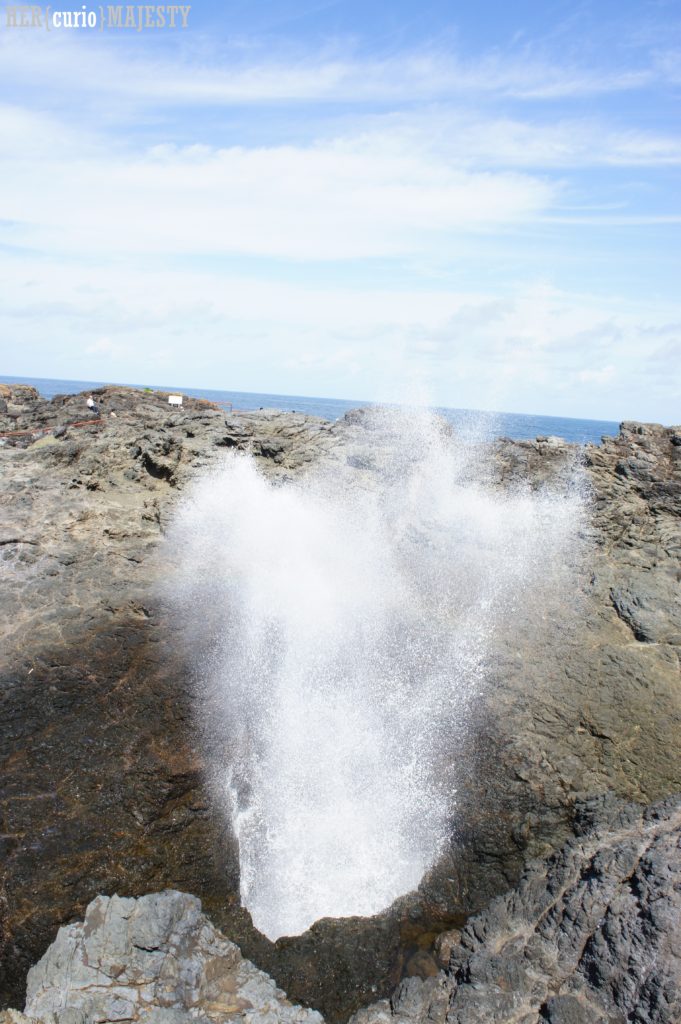 The activities weren’t particularly strong on the day, considering that it could go as high as 25 meters in the air, but at least it did something and we didn’t leave disappointed.

The coastal surrounds of the Blowhole was beautiful.