The literal translation of “Tam Coc” is “three caves”, and this place is commonly known as the Halong Bay on the land. Before my trip, I saw a lot of forum posts comparing Tam Coc and Halong Bay. Some people even went as far as saying that Tam Coc is better than Halong Bay.

I beg to differ.

My honest opinion is: Tam Coc was pretty impressive but it did not have half of Halong Bay’s charm. 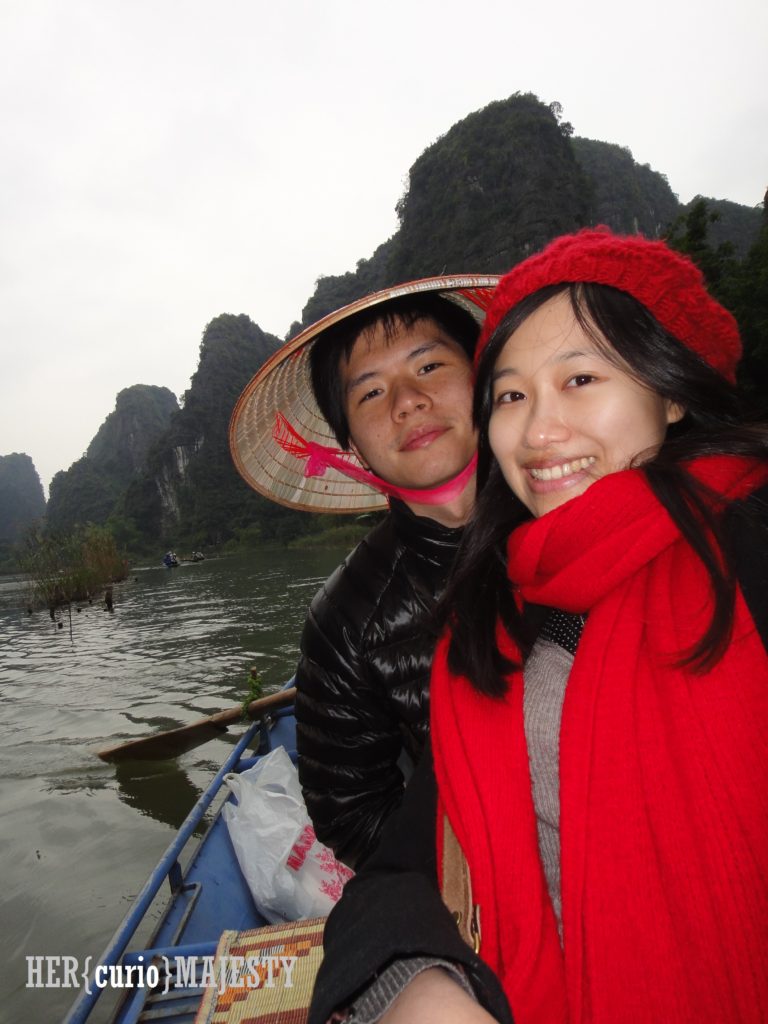 I went to Tam Coc as part of the Hoa Lu-Tam Coc day tour from Hanoi organised by Vietnam Awesome Travel. The tour went smoothly and their pricing was competitive. 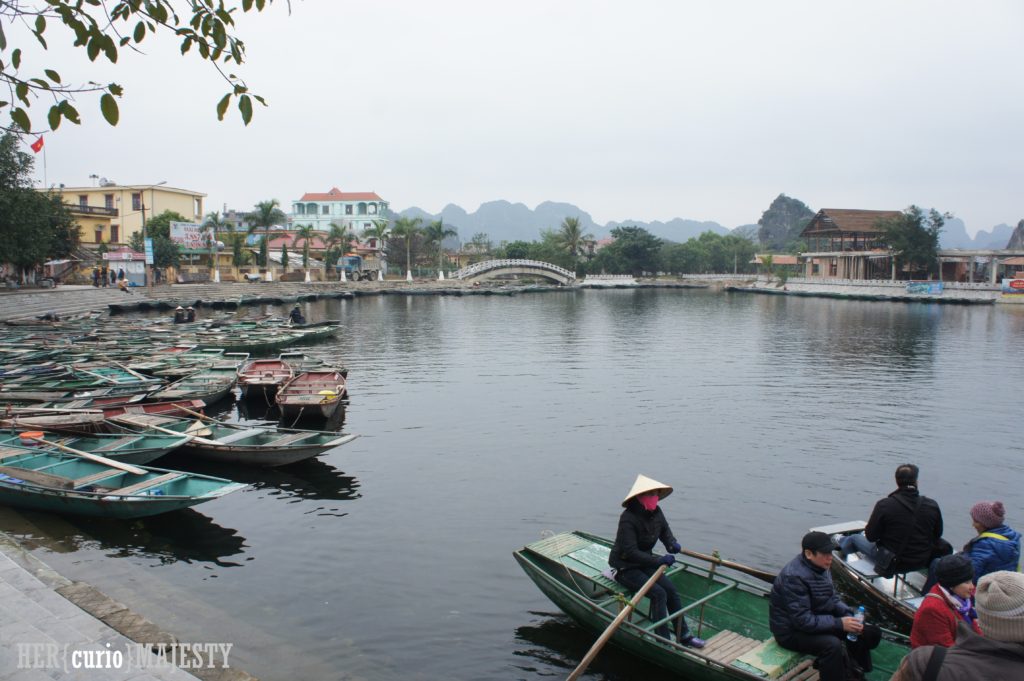 The tourist boats that were waiting at the pier. 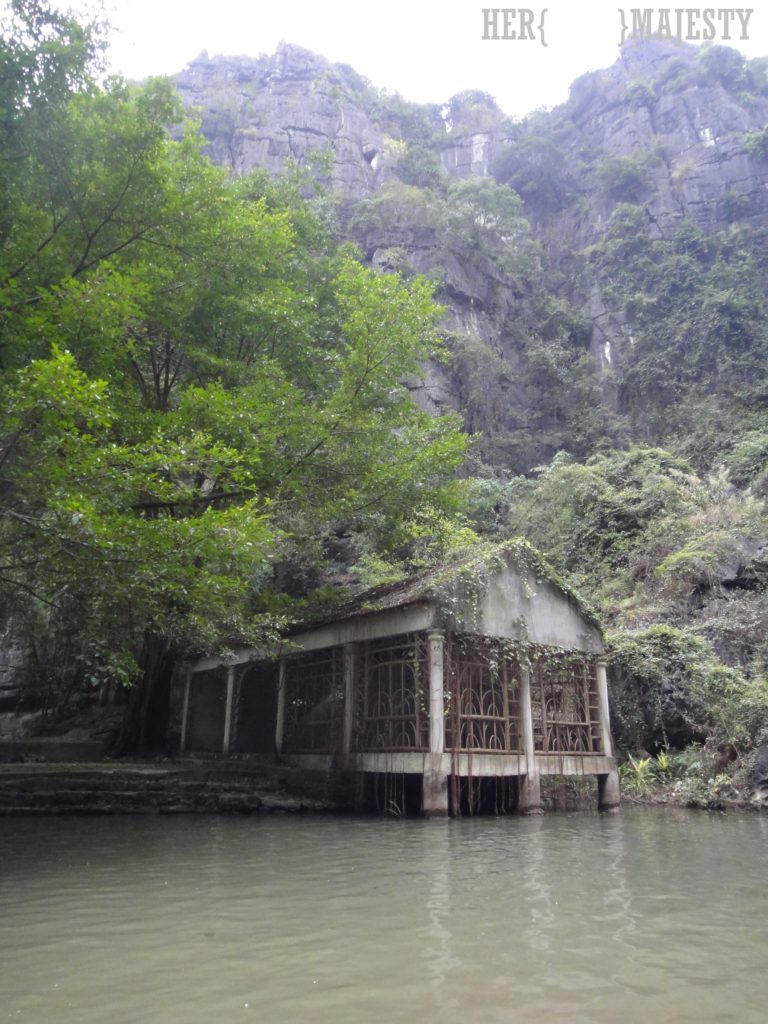 On the way to the first cave.

The scenery of Tam Coc was made up of different shades of green. 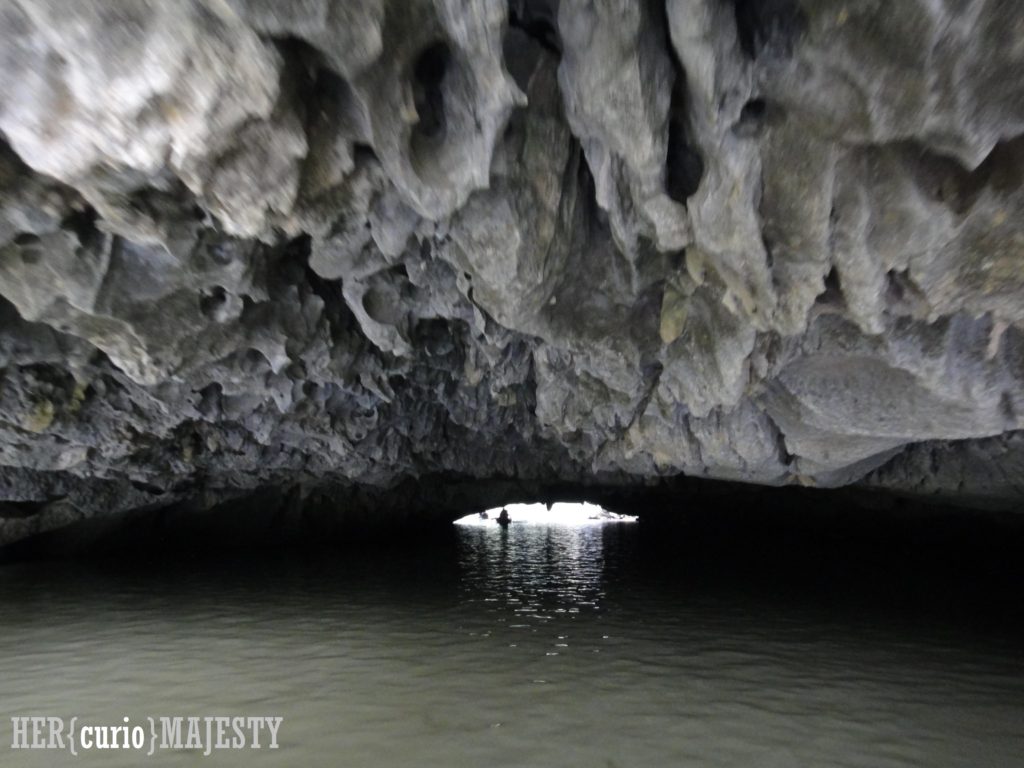 The boat ride would take you through all of the three caves that Tam Coc was named after. 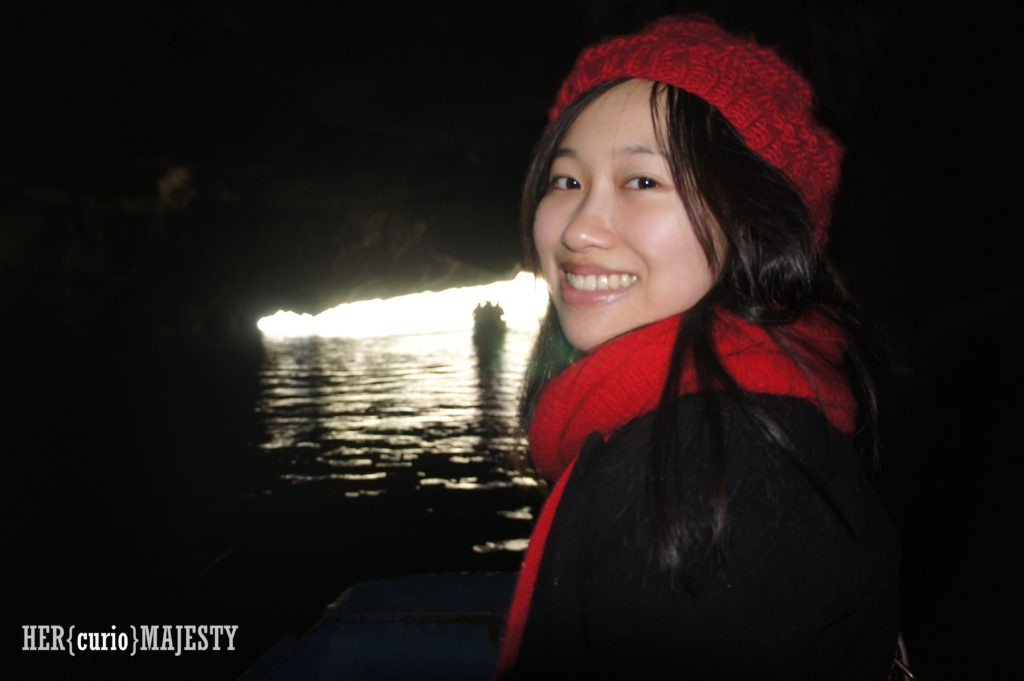 The caves were all quite big and were pitch dark once inside, a bit spooky! 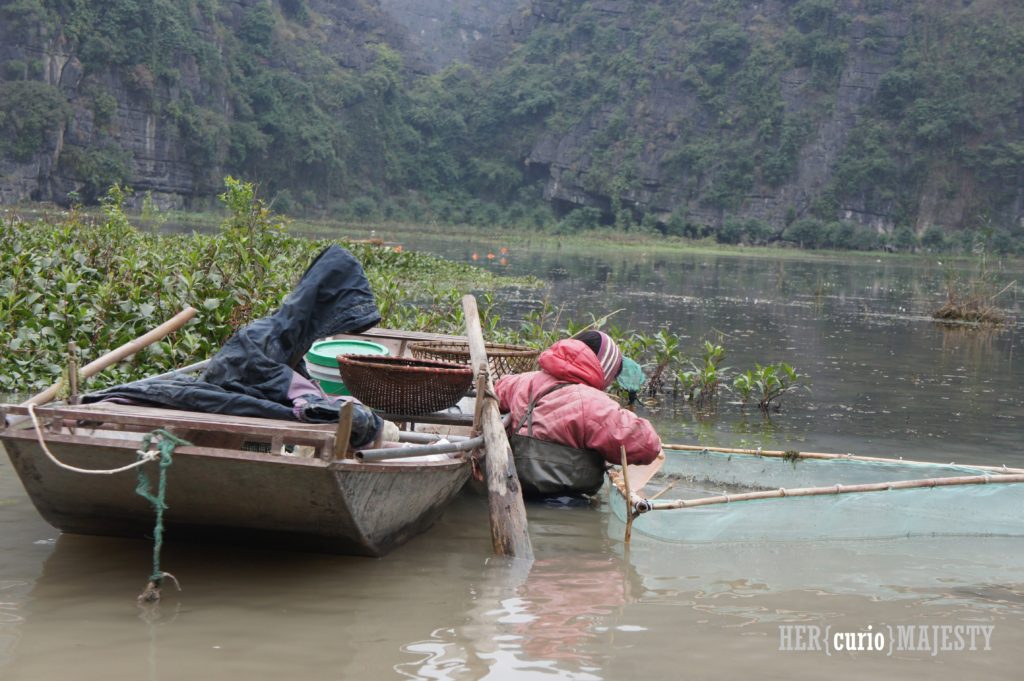 Villagers at work in Tam Coc.

The boats were rowed by feet and it seemed so effortless when they did it. Amazing.

Along the way, there were “camera boats” with local cameramen trying to persuade us to let them take photos of us so we could buy them after our boat ride. They all could promote their businesses with multiple languages, one cameraman spoke to us in English, Cantonese, Mandarin and even the Taiwanese dialect!

Expect to see some huge limestone formation around the lake. 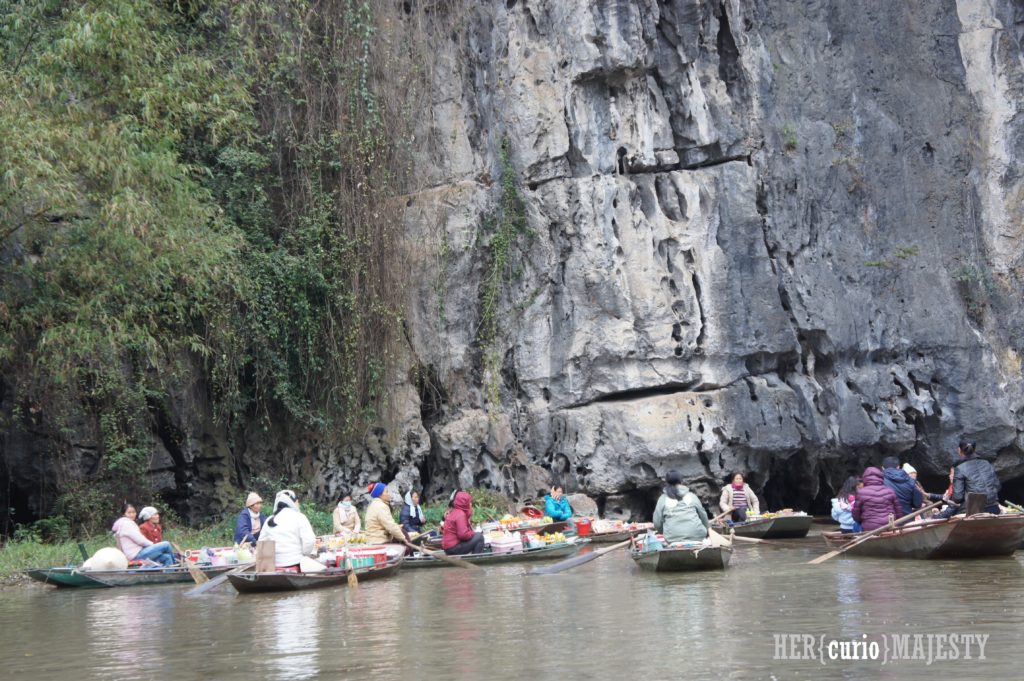 Towards the end of the boat ride, was the mini water market. Here, hawkers tried to sell everyone miscellaneous snacks, fruits and drinks. They all worked together with the person rowing your boat, so you would be rowed towards them regardless of whether you felt like buying anything. 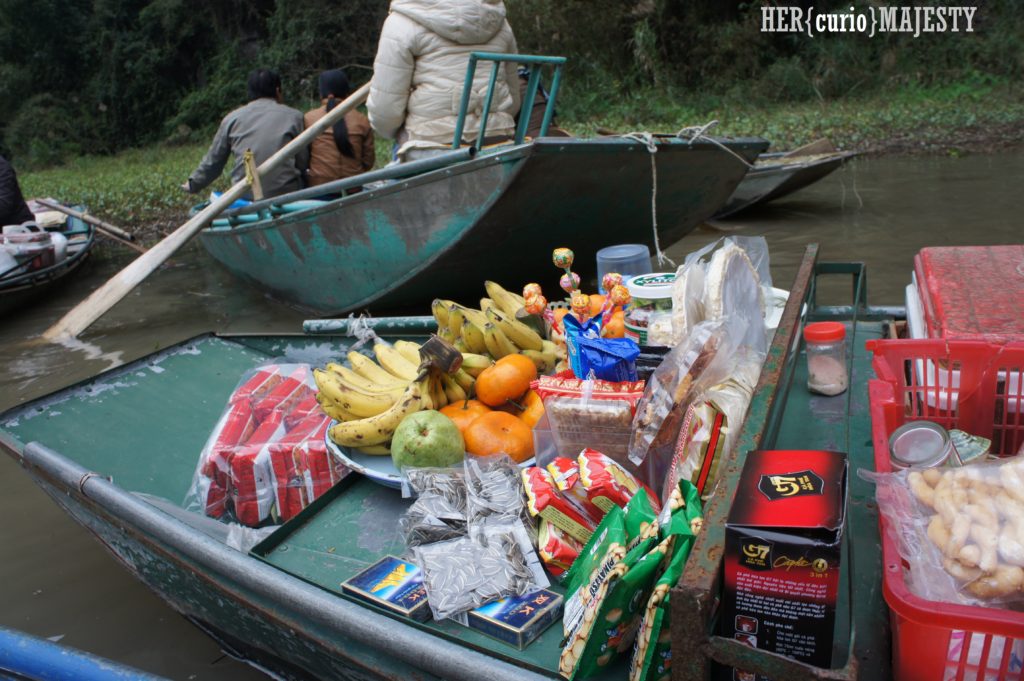 Snacks, fruits, lollies, playing cards. Even if you didn’t want anything, the hawkers would gesture you to buy something for the person rowing your boat. 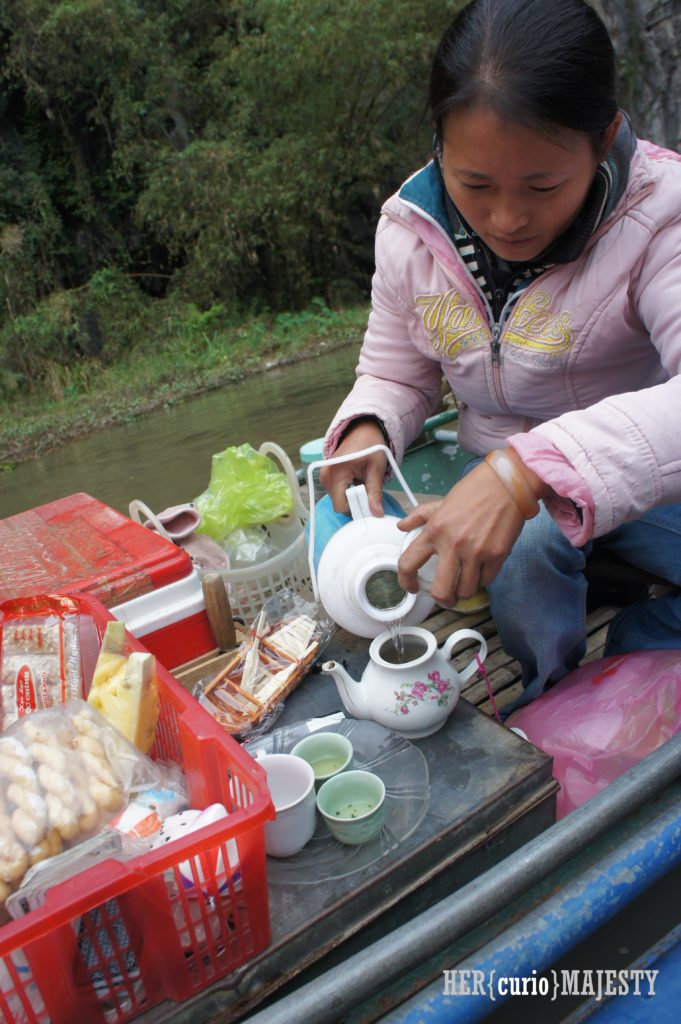 I ended up getting some hot tea to warm us up. 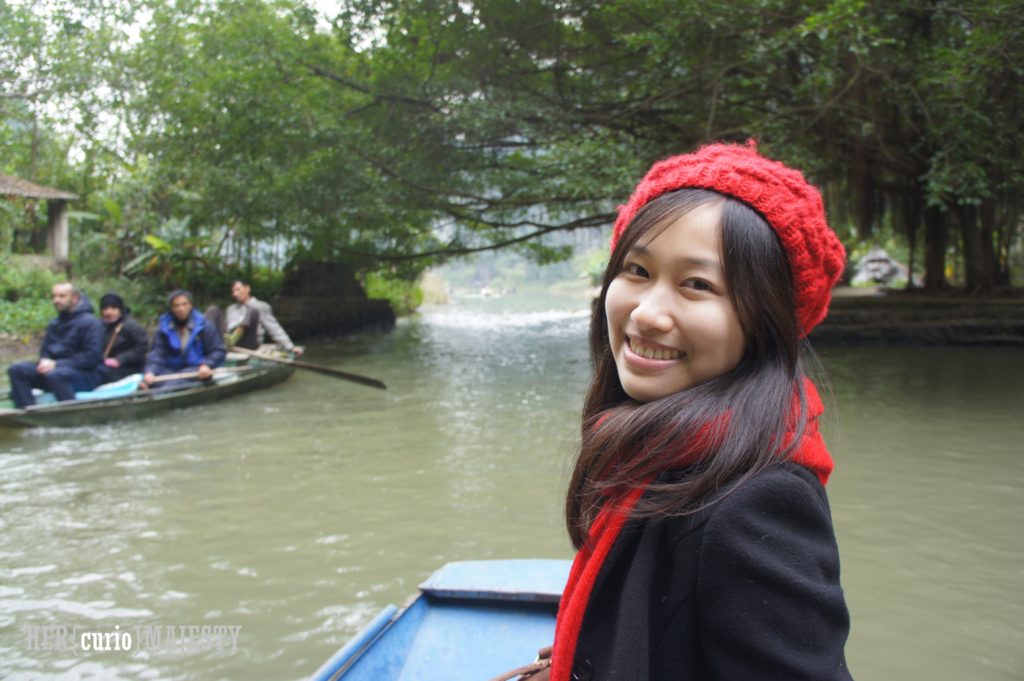 The view of the Tam Coc was spectacular with the limestone formations standing high and tall surrounding the lake. I felt it was a whole different kind of beauty than Halong Bay. Click ||here|| to see my review of my 3-day-2-night Halong Bay Junk cruise.

I wouldn’t say if you’d seen one, then you wouldn’t need to see the other one. However, if I had to pick a favourite, I would pick Halong Bay without hesitation. 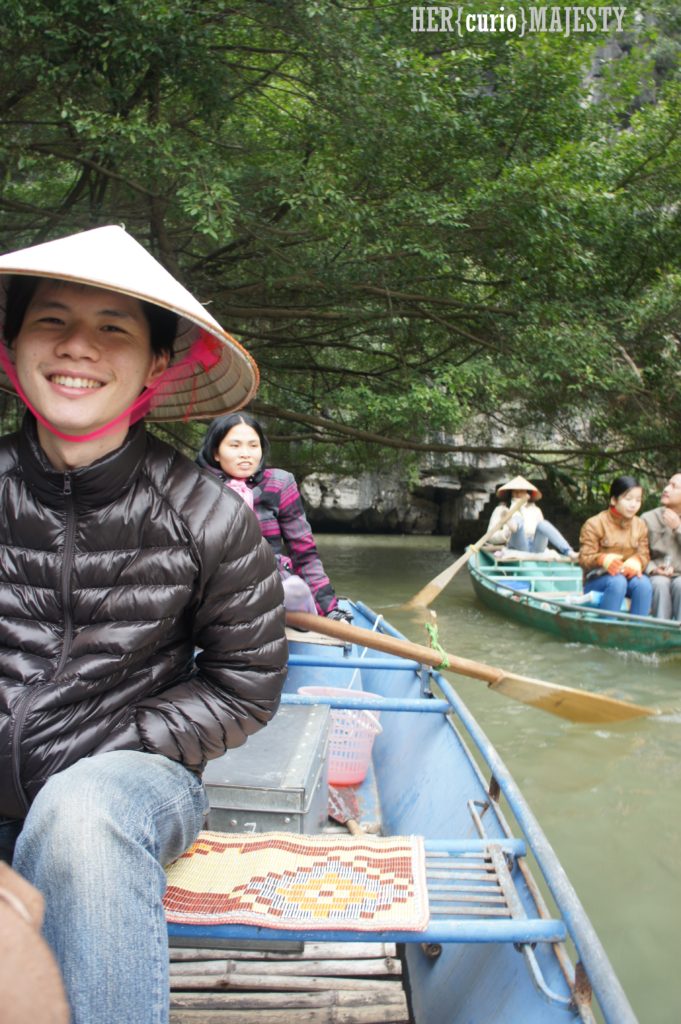 Mikey blending in (wearing the same hat as the local in the neighbouring boat haha). 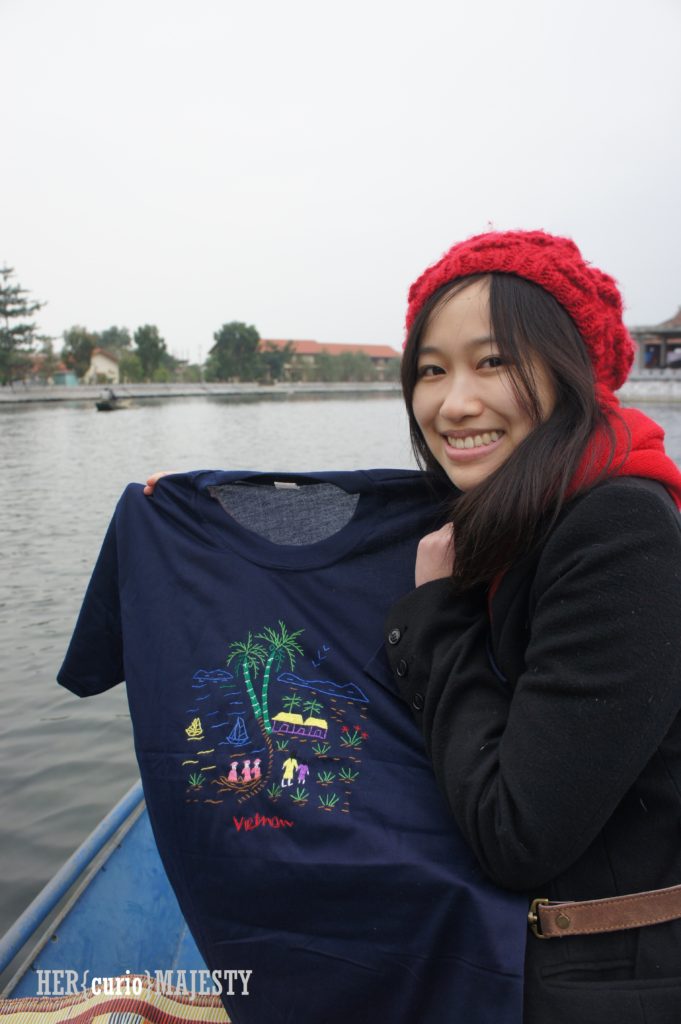 Towards the end of the trip, just before we were rowed back to the pier, our boatwoman took out a bunch of souvenirs that she wanted us to buy. The quality of the products was quite poor (see how thin the t-shirt material was) but I still bought a t-shirt out of politeness.

We were told not to give them any tips until just before we disembark as some of them would refuse or delay taking you back to the pier if you didn’t tip them enough. It saddens me to think that we had to be so calculating with the money, however, it’s part of understanding the different cultures. 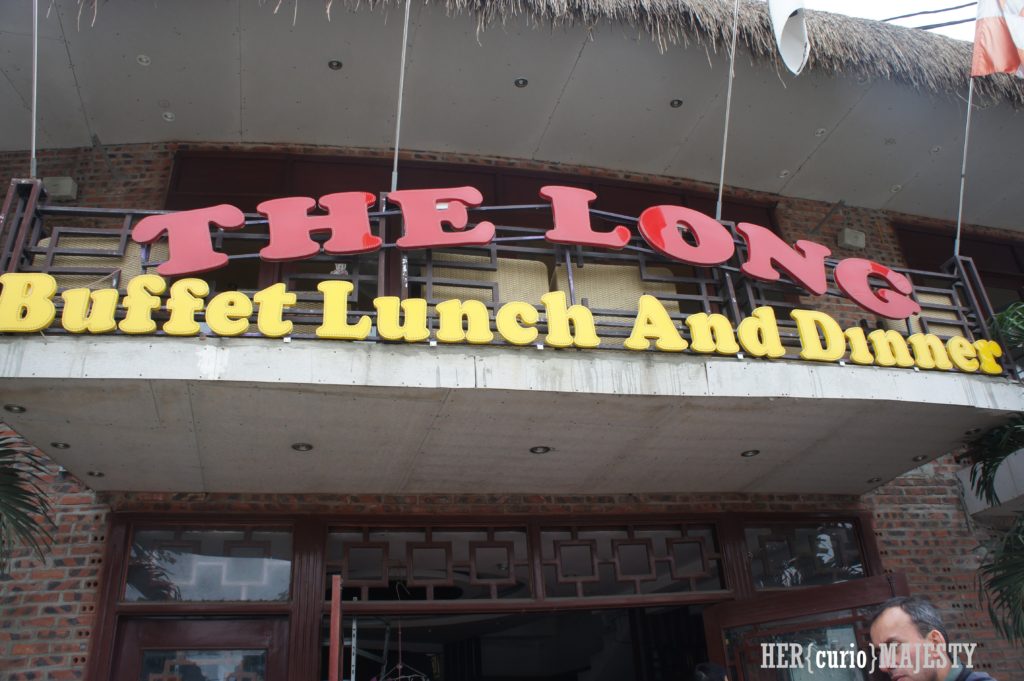 This was the buffet restaurant where we had lunch at Tam Coc, right in front of the pier. 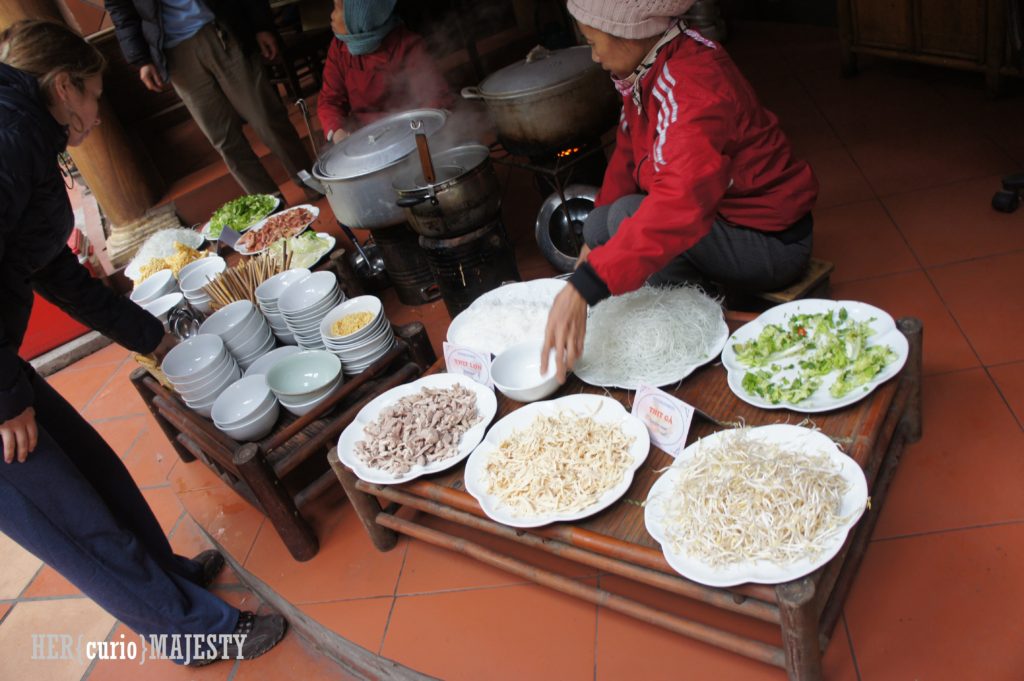 It had quite a variety of food, including freshly cooked noodles – perfect for a chilly day. 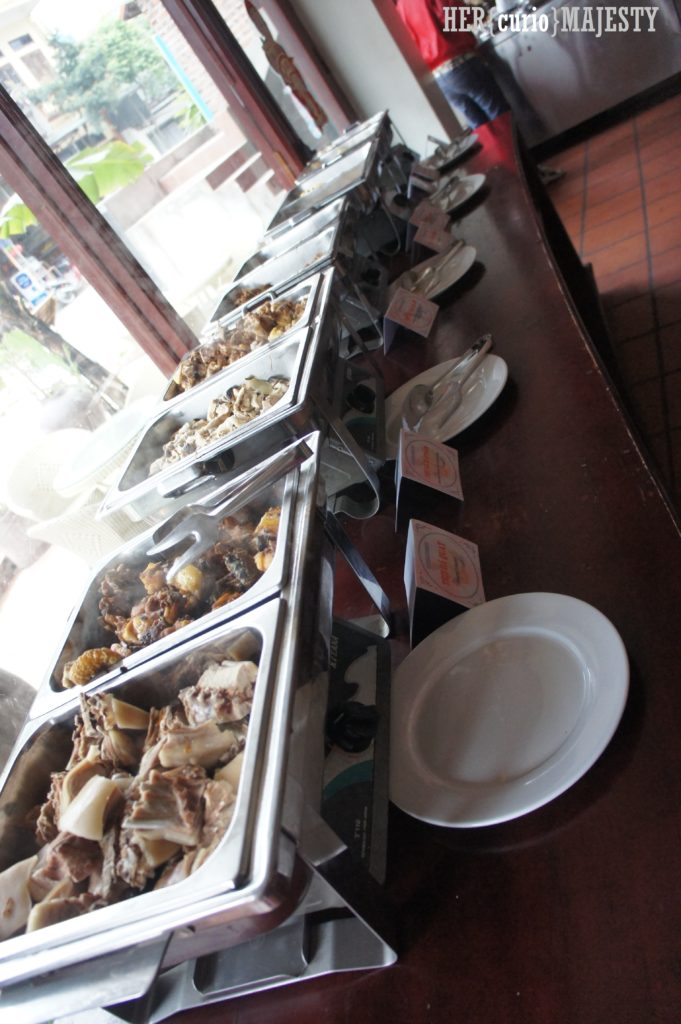 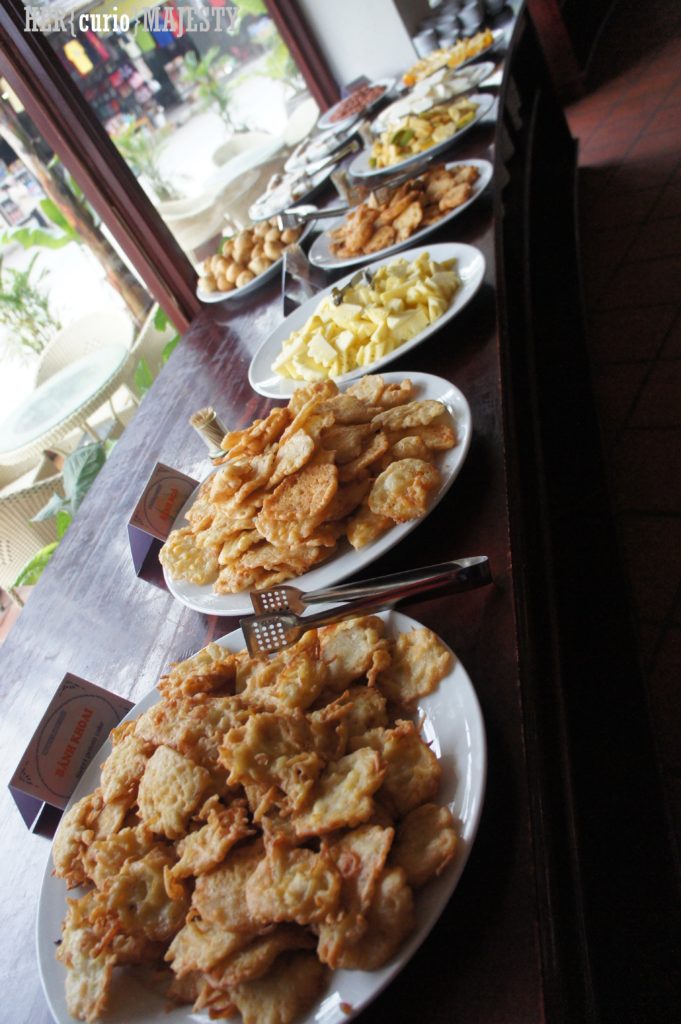 Even though the food was nothing to write home about, it had a good mix of Vietnamese specialities and common dishes.