The verdict: the only similarity that this place has with Madang is that they are both hidden in a tiny alleyway.

Will I come back: No. 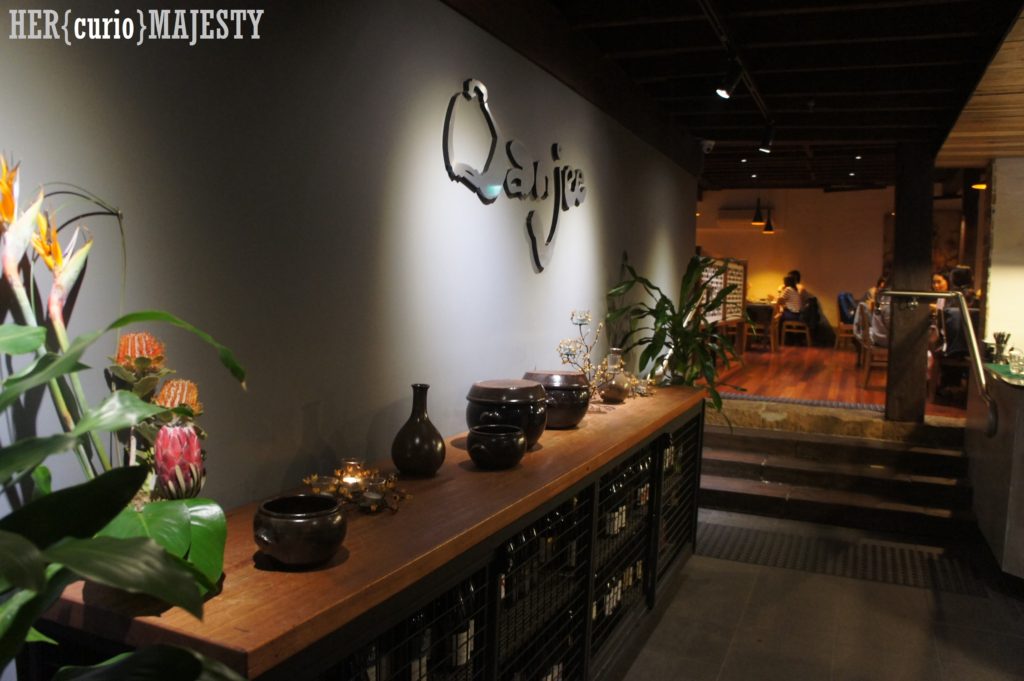 The restaurant’s bigger than I had imagined and it’s decorated nicely. New and Zen. 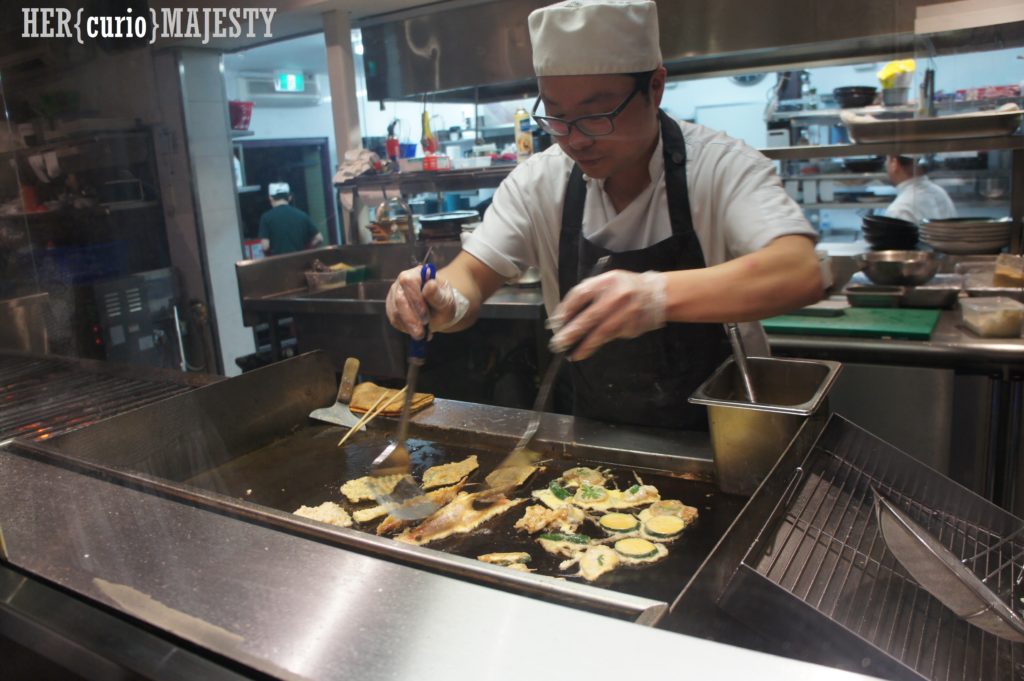 The kitchen is right by the door and there’s a huge window display of the hot-plate cooking station. These pan-fried goodies looked extremely appetising, Jen and I were already making mental orders of them as we waited for a table. 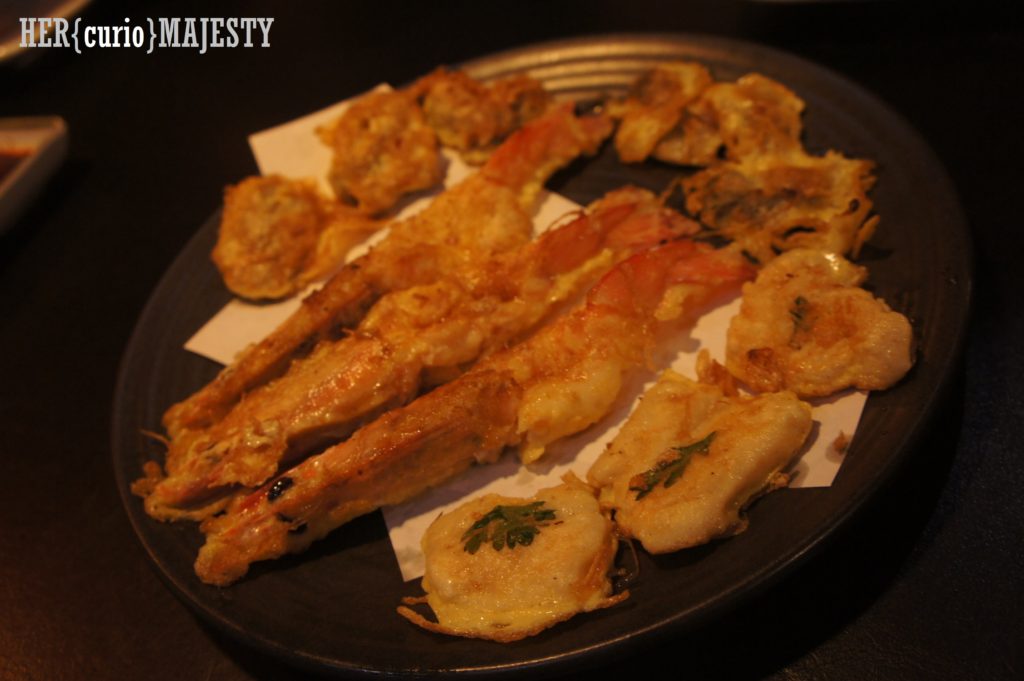 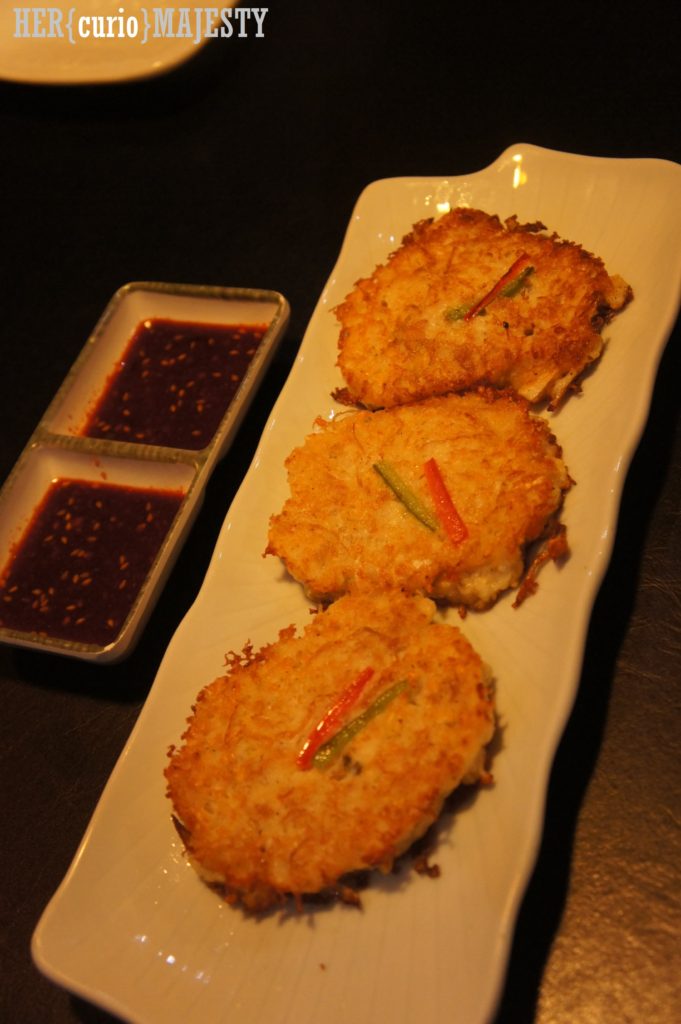 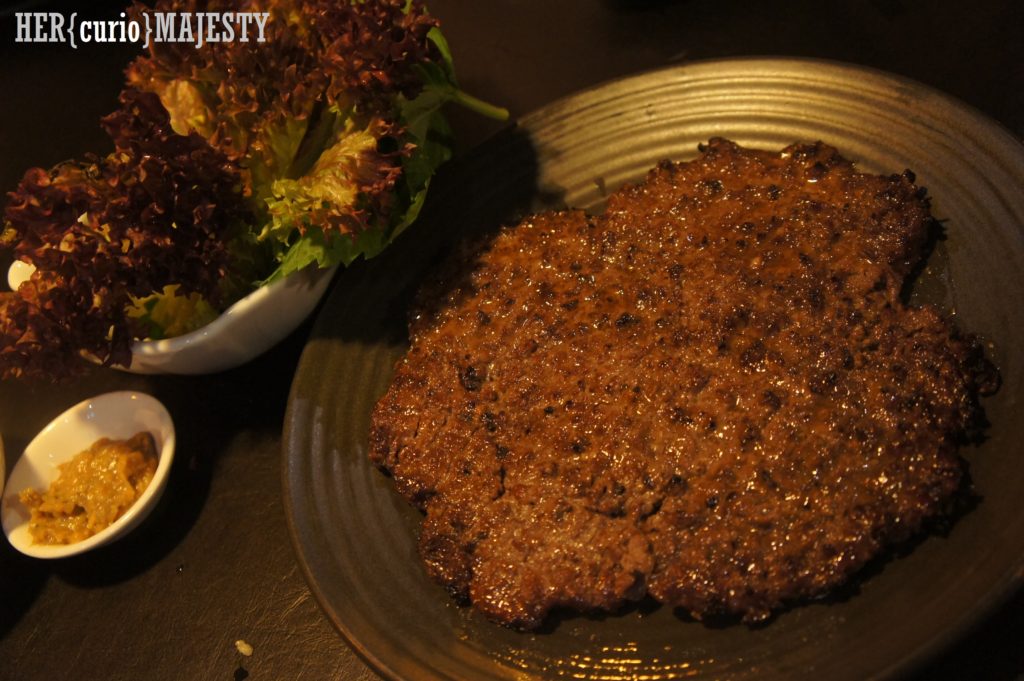 “Danjee sutbul bool go gi”,  charcoal soy marinated beef, $35. It’s just a giant bool go gi, Mike didn’t quite like it because it was very sweet. The middle part of it was partly raw, I wasn’t sure if it’s meant to be like that? 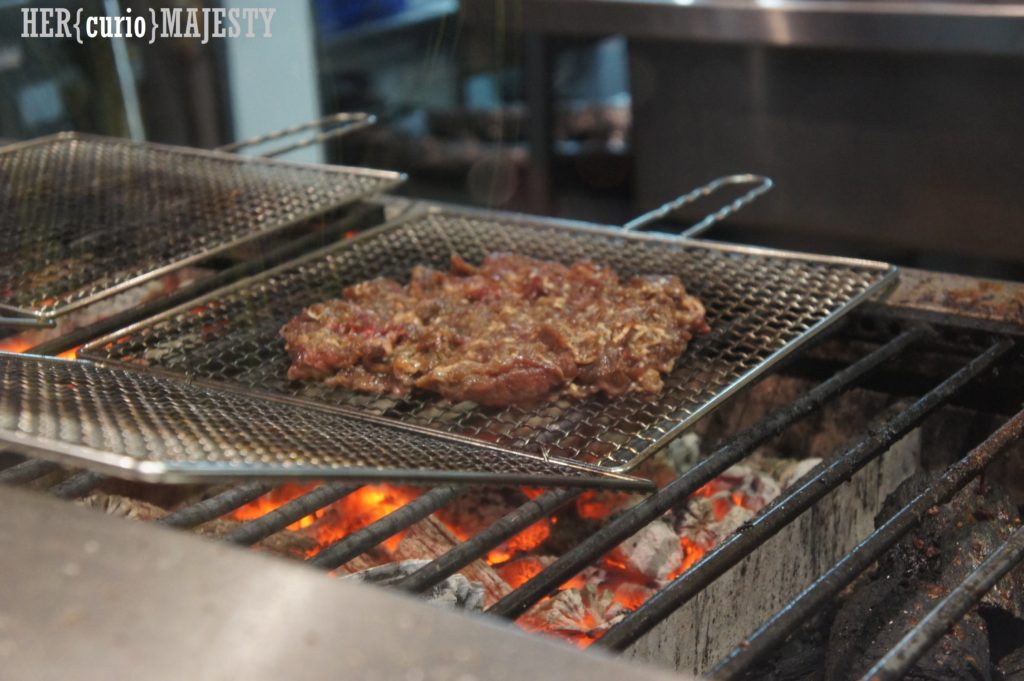 The charcoal soy marinated beef being cooked in action. 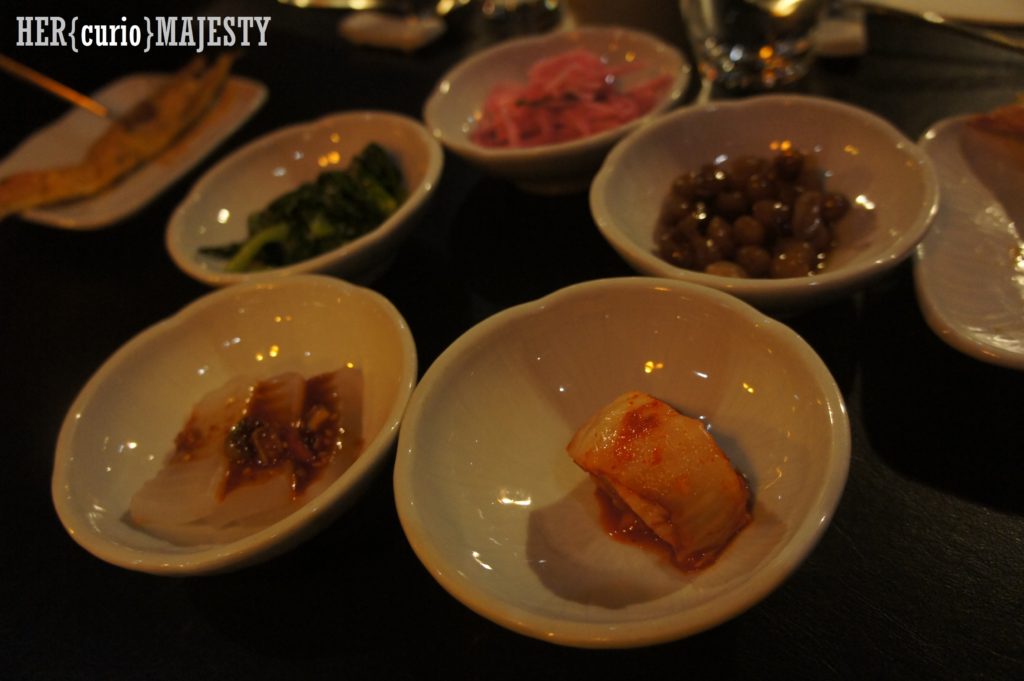 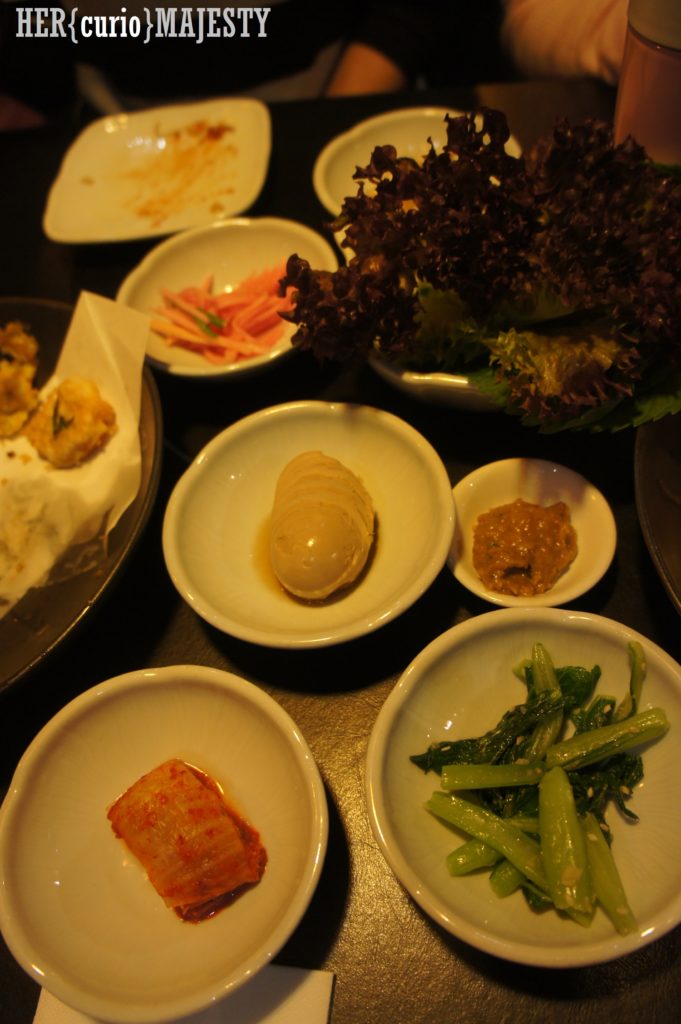 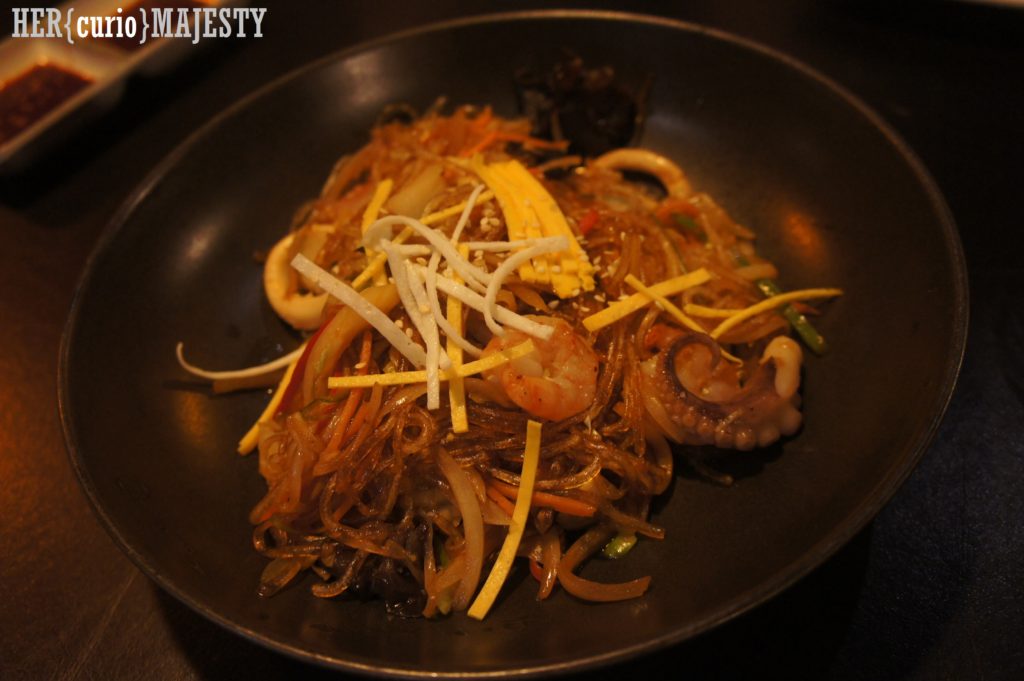 “Hae mul jap chea”  , potato starch noodles with a choice of octopus, squid and prawn, $16. It was not bad, but it was lacking in flavours and it was just not the same as Madang’s. 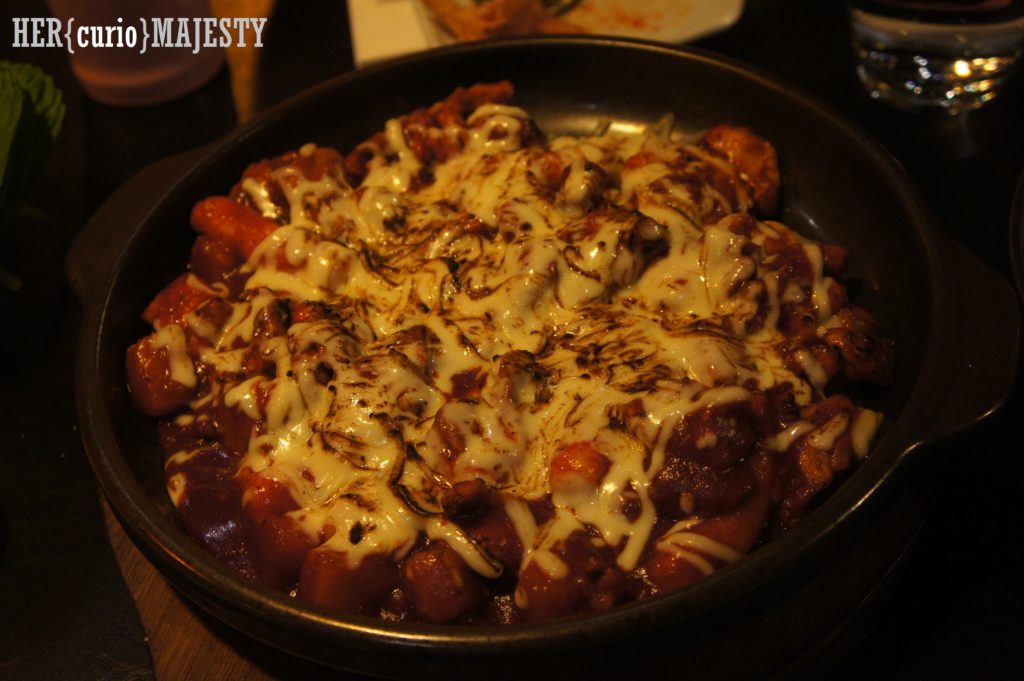 “Bul dak”, literally ‘fire chicken’, chicken thigh, rice cake, cayenne, $35. Yep, it lived up to its name and was pretty spicy. Unfortunately,  spiciness was the only flavour I could taste so I didn’t eat much of this. 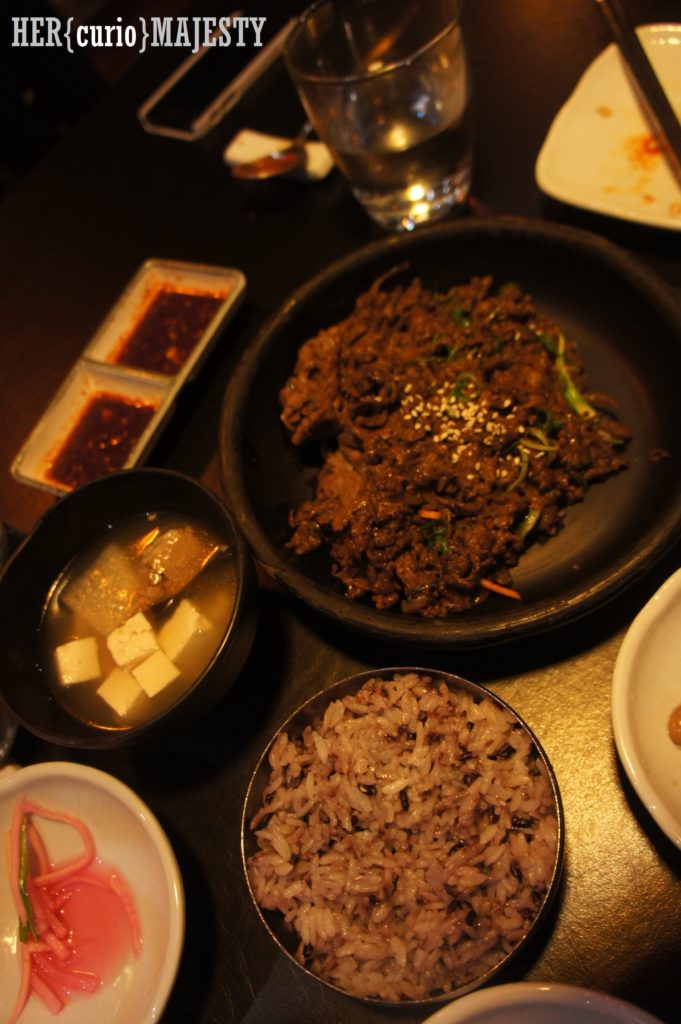 “Bul go gi jung shik” stir fried soy marinated beef (served with one rice and one soup), $17. Jen got her own set meal, and this was what she got. I liked the healthy purple rice and the soup. The bul go gi was good too. However, I wouldn’t pay $17 for this again. 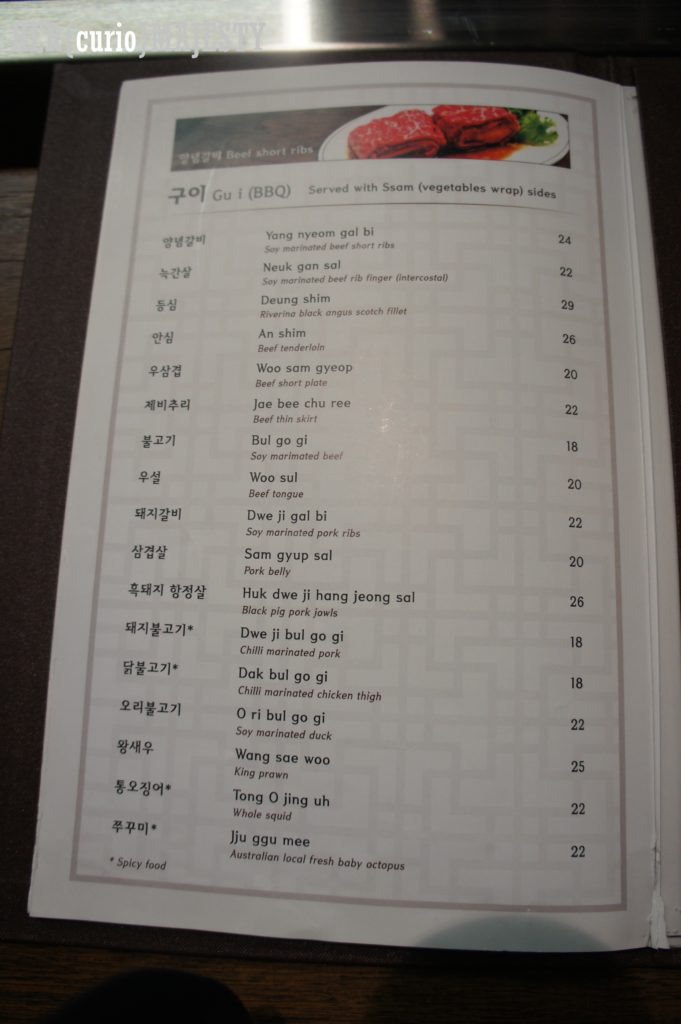 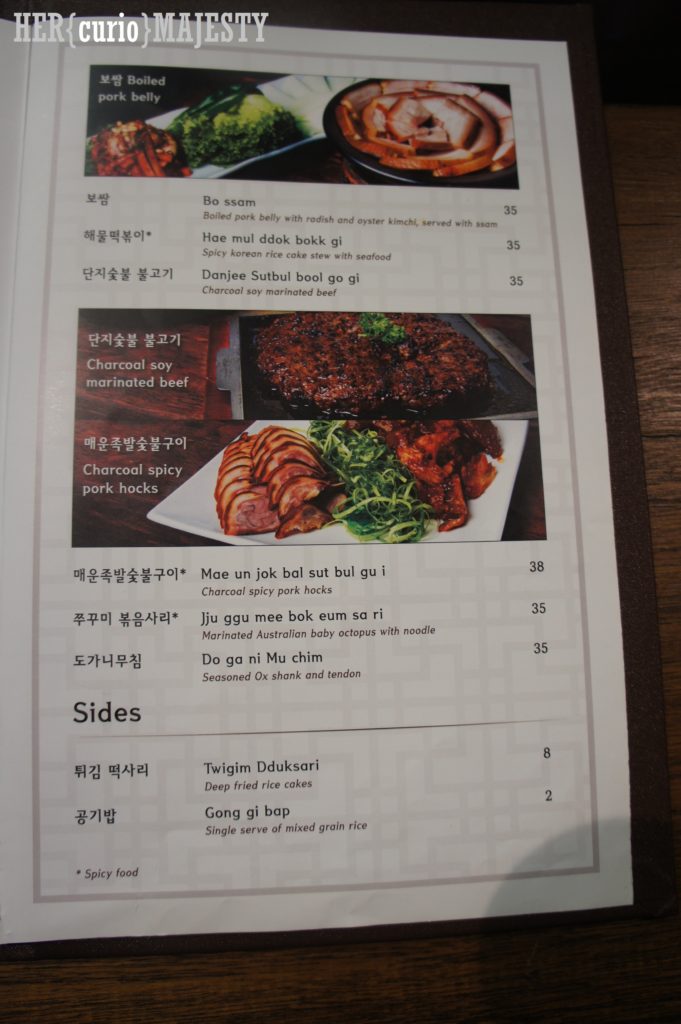 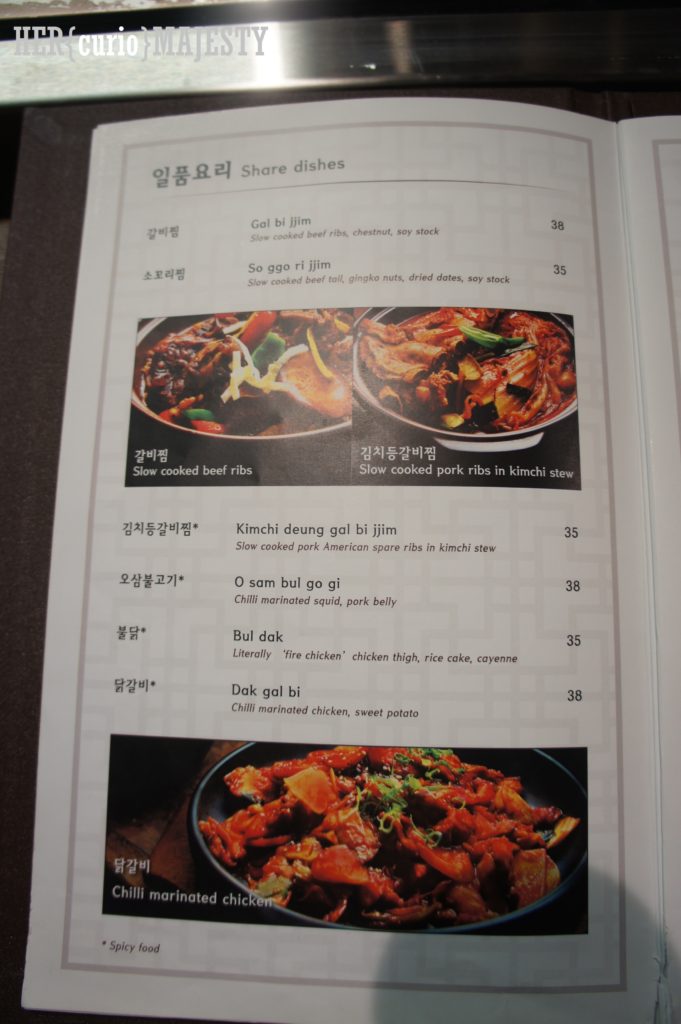 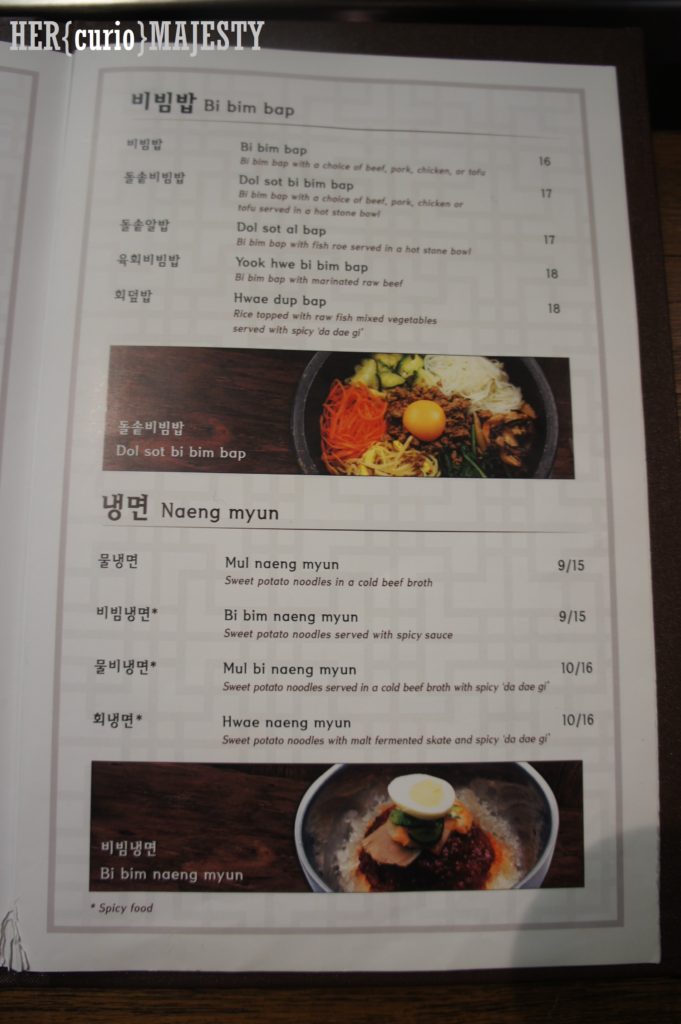 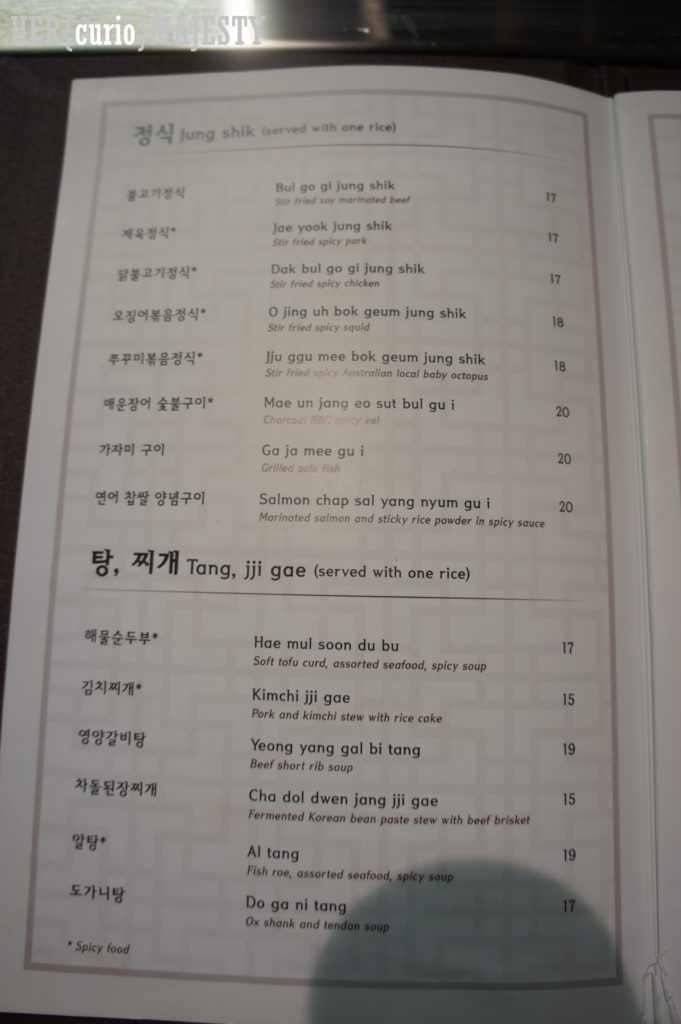 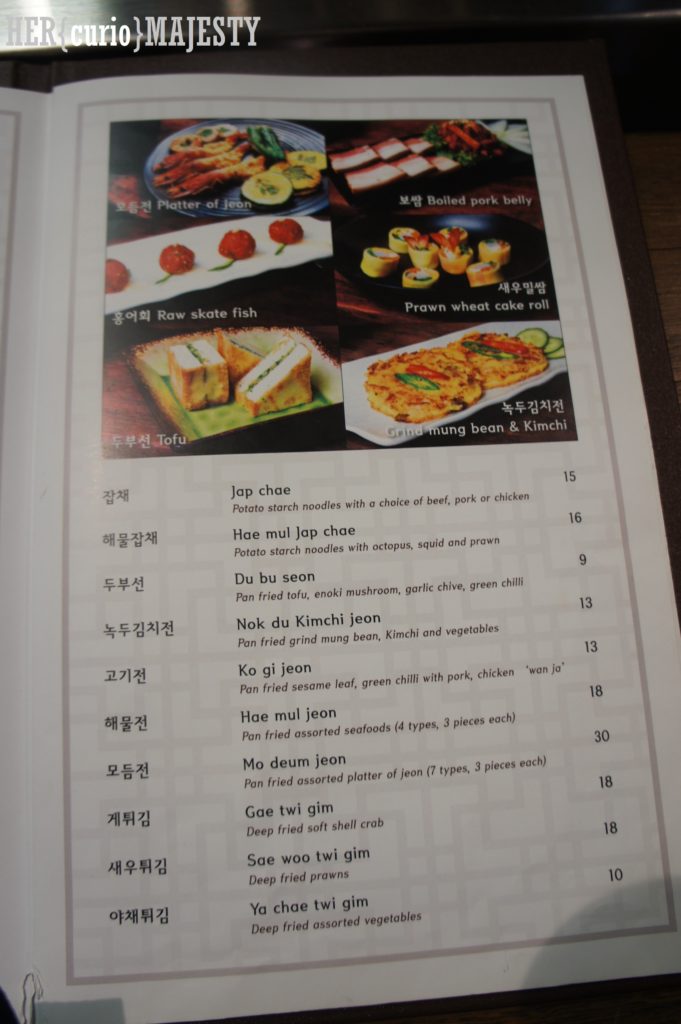 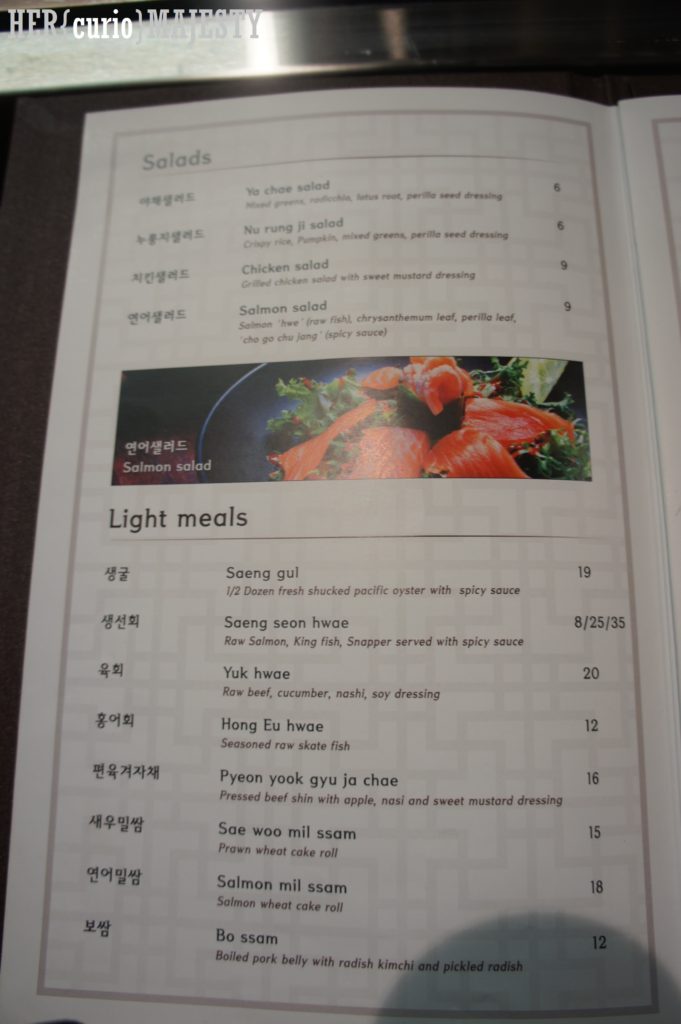 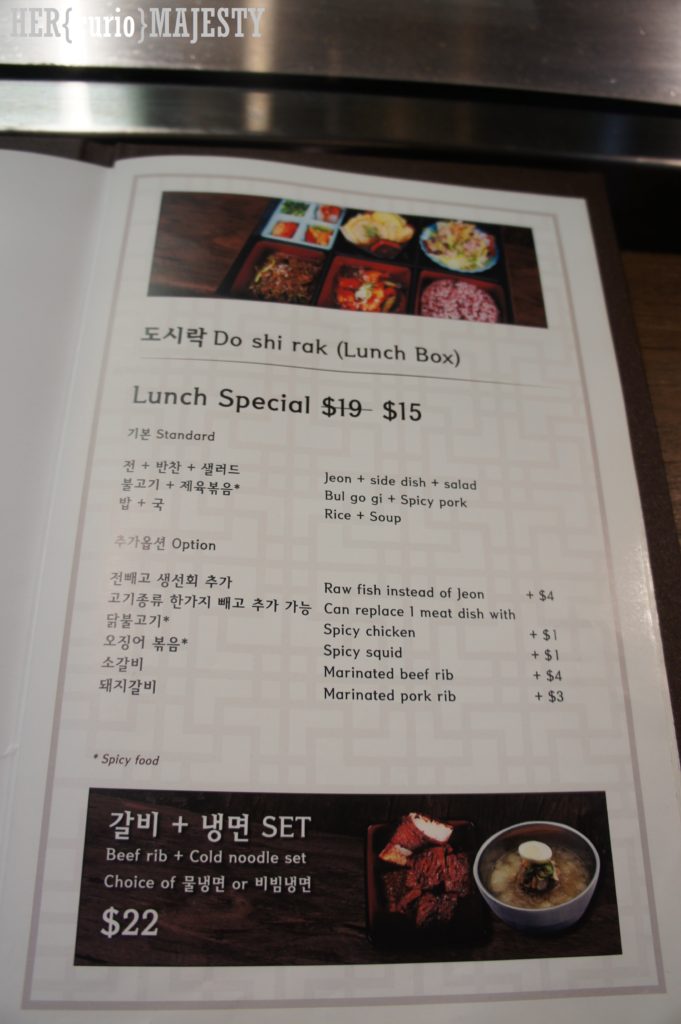