The competition amongst Korean restaurants is fierce along Pitt Street, Sydney’s Koreantown. To me, there has never been any doubt as to who the winner is. There is only one name, the one that every foodie and every Korean in town knows all too well…

It has been my one and only favourite Korean ever since my dear friend, Nee, first took me here 10 years ago. 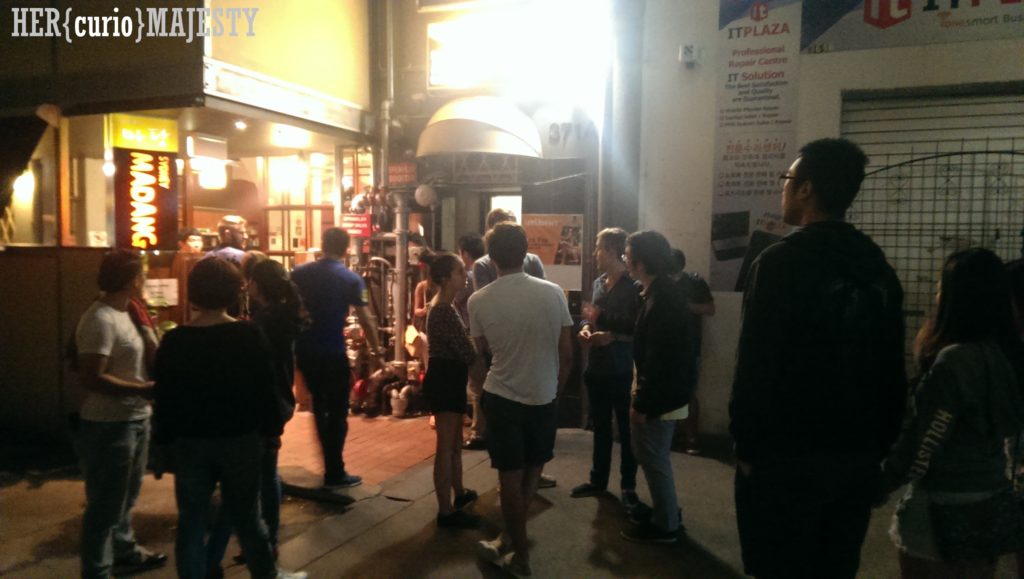 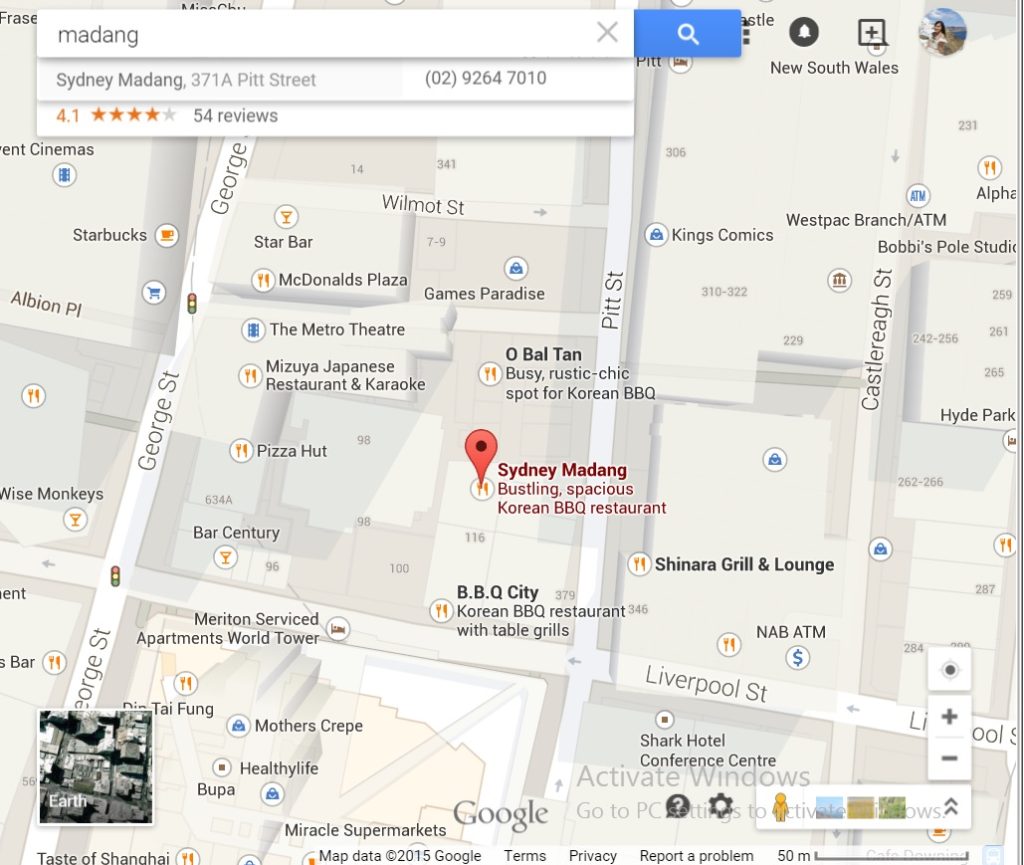 Madang is hidden in a back alley in the heart of Koreantown. Start looking for the opening of the alley when you see 369 Pitt Street.

Once you have taken a turn in the correct alley, you can expect being greeted with a queue of eaters excitedly but patiently waiting for their number to be called. Given the popularity of Madang, my advice is to always allow at least 40 minutes before being seated. 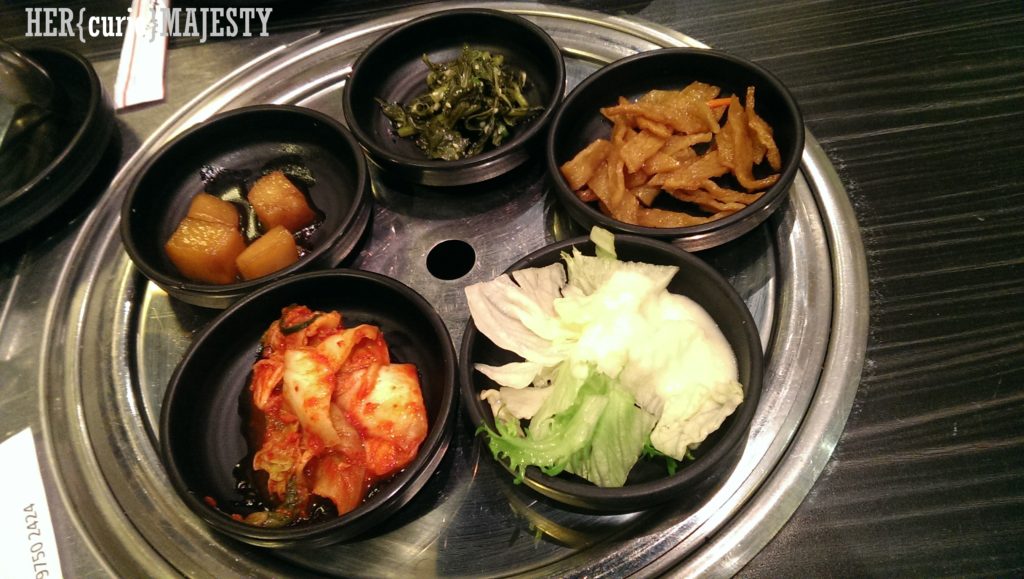 The side dishes. Like all Korean restaurants in Sydney, side dishes are free and can be refilled. I love their potato and salad.

Each restaurant has its own refill policies. From my experience, Madang is not the most generous in this category. For example, they wouldn’t give us side dishes when we ordered from the Light Meal menu (we ordered a jabchae and a seafood pancake for the two of us to share). And they don’t allow refills after the fourth time (we went with a group of people and they only gave a little bit each time). 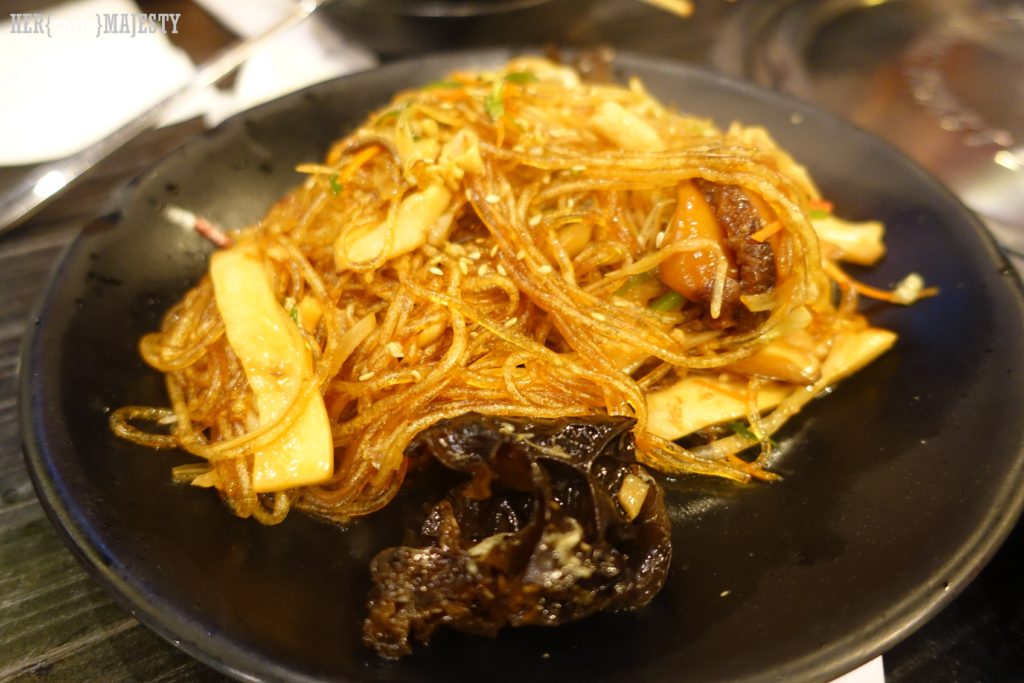 So Go Gi Jabchae (stir-fried starch noodles with beef), $13. Hands down, the best jabchae in Sydney. I order this every time and it has never failed to impress me with its tangy flavours that distinguishes itself from the others.

Unlike some other restaurants in Sydney, it has a kick that can’t be replicated by the jabchae sauce sold in supermarkets. Its texture is also superior than most other jabchae in town for being clean and not too mushy. 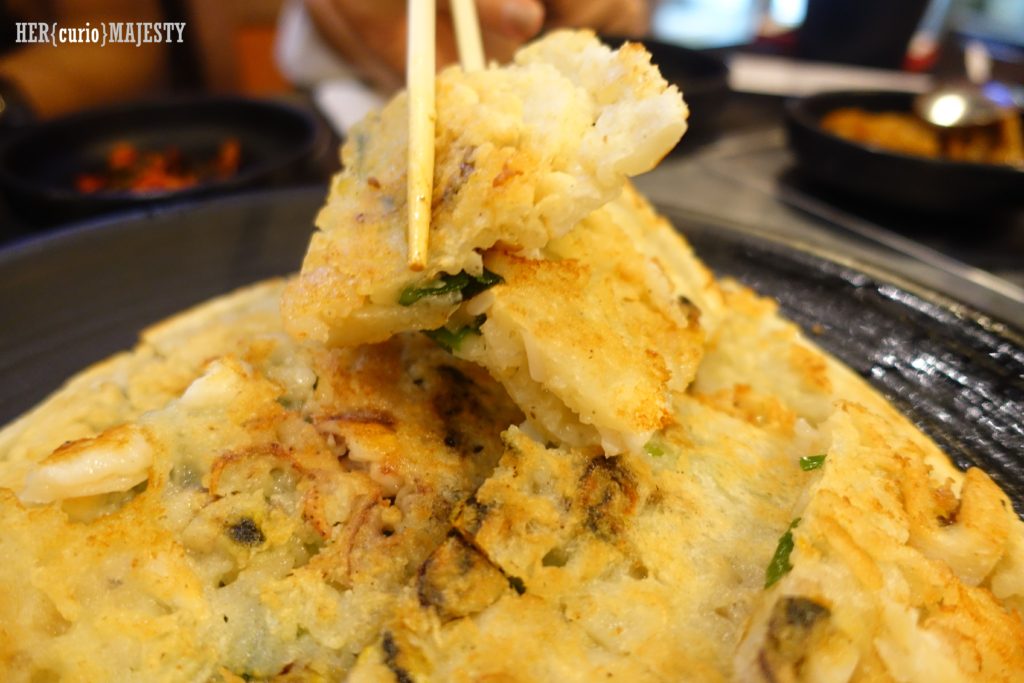 Another highlight and wildly popular dish: Haemul Pajun (seafood and shallot Korean pancake), $13 (small)/$22 (large). Another Korean delicacy that Madang does best consistently – crispy on the outside, smooth and steamy on the inside. 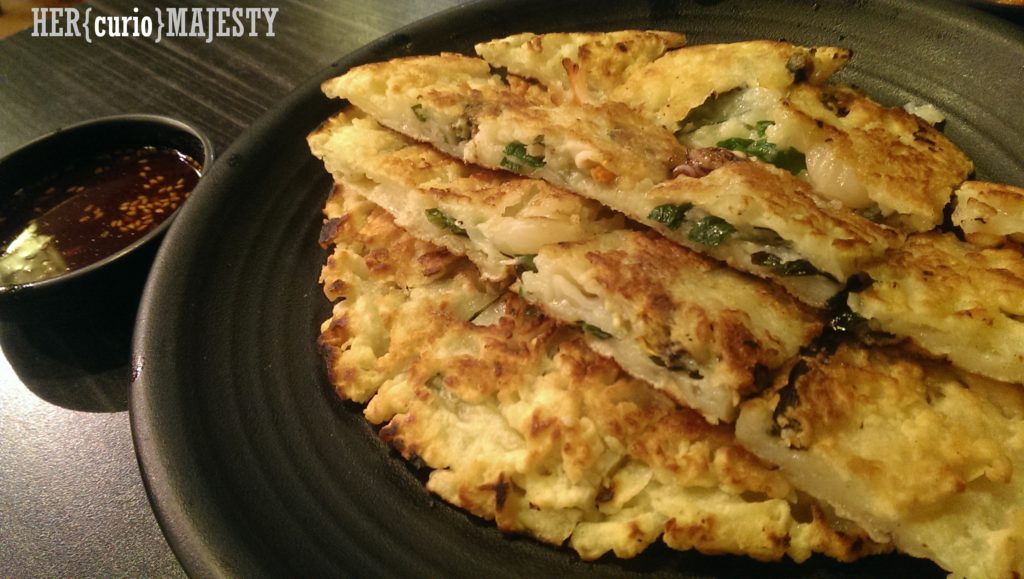 Even though Madang skimps on its seafood proportion from time to time, the crispiness of their pancakes is always extraordinary. Honestly, you can’t find a seafood pancake this perfect anywhere else in Sydney. 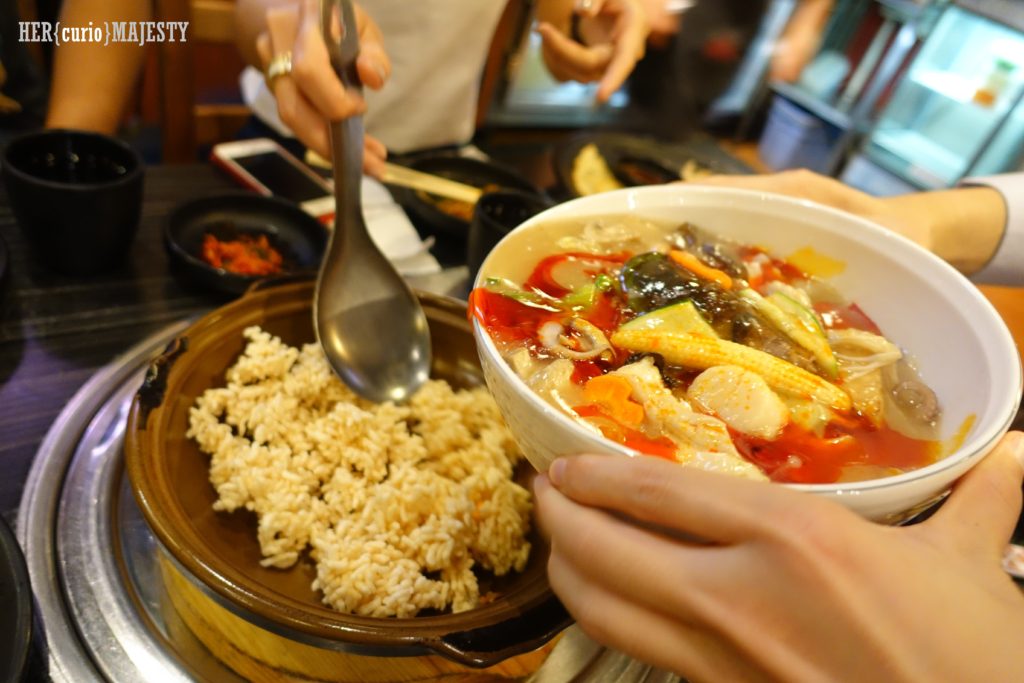 It comes with a ceramic pot of crispy rice and a bowl of gooey broth with loads of seafood and vegetables. Madang is the only place in Sydney where you can get this. The rice crisps soak up the essence of the seafood broth and turn into a hot pot of yummy mess with wonderful textures. 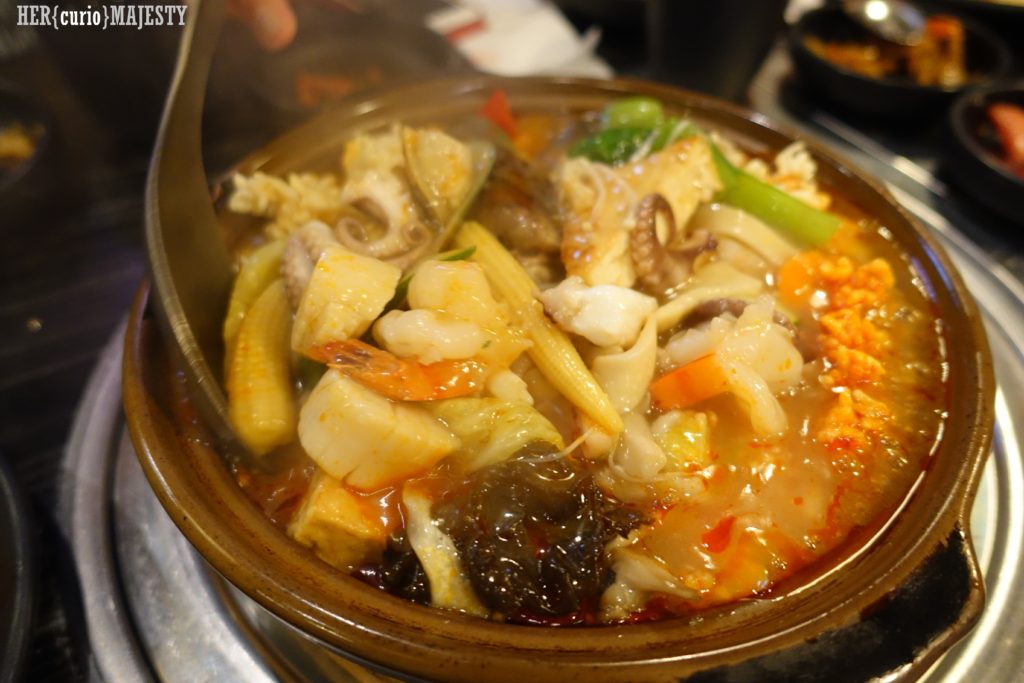 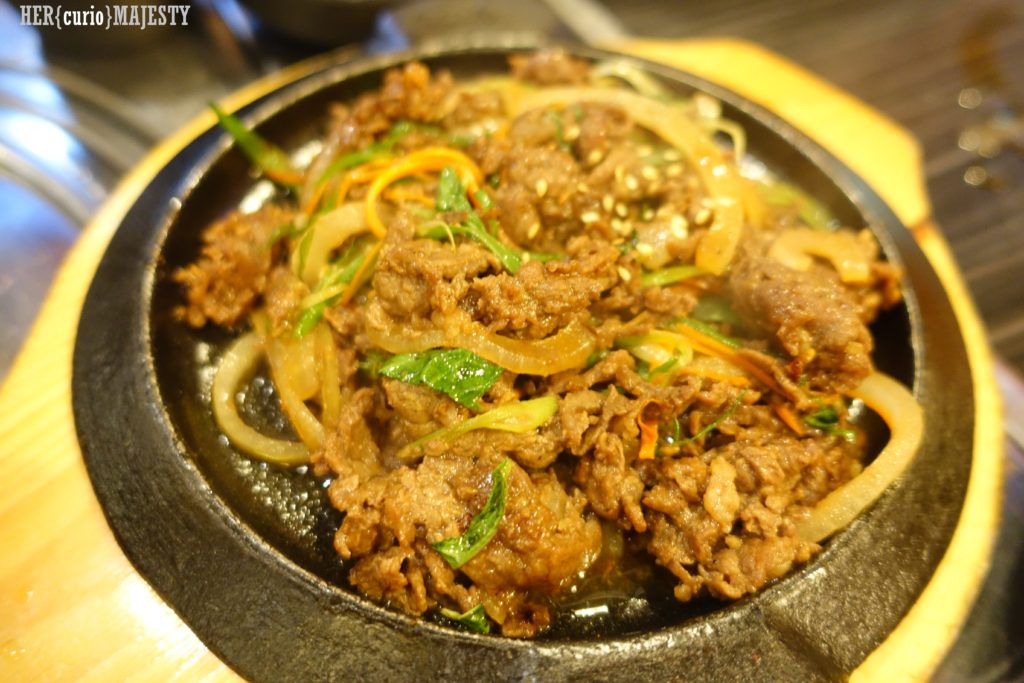 Bul Go Gi Jungsik (stir-fried beef in traditional Korean sauce), $15. Jen’s must-have in any Korean restaurant. Compared to the other exceptional dishes that Madang offers, the bul go gi here is decent but does not stand out. 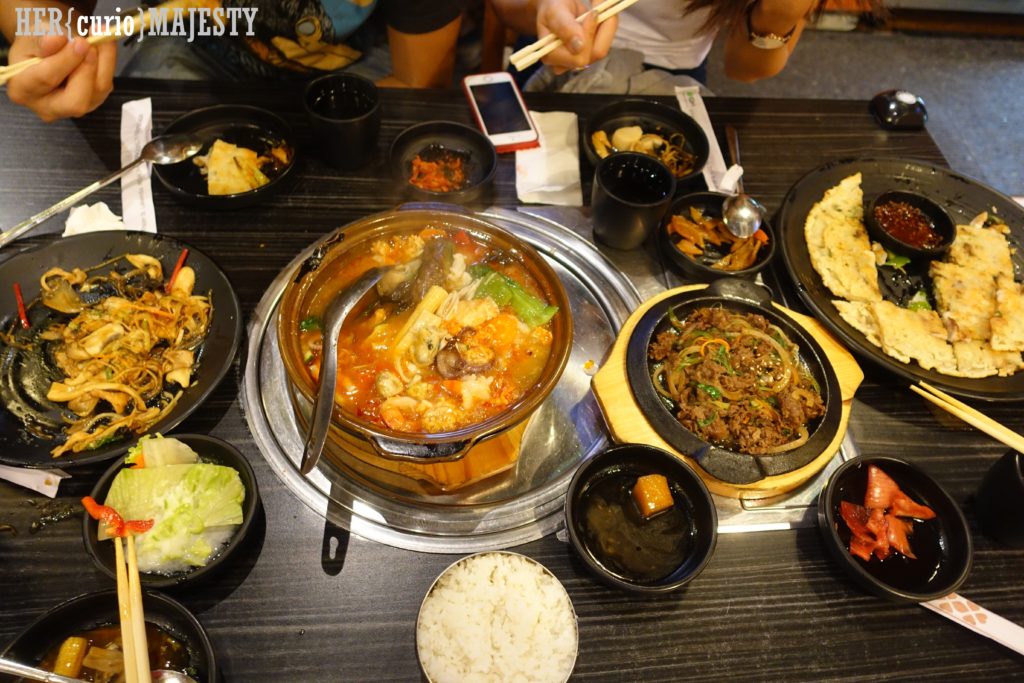 The sight of these dishes on the same table always makes me wanna clap my hands with joy.

Apart from the long queue, the only other reason why we don’t eat at Madang as often as our cravings call is the inevitable barbecue smell of Korean restaurants. The smell always sneaks into our hair and clothes, so we’re usually reluctant to eat Korean if we have other places to be after dinner. 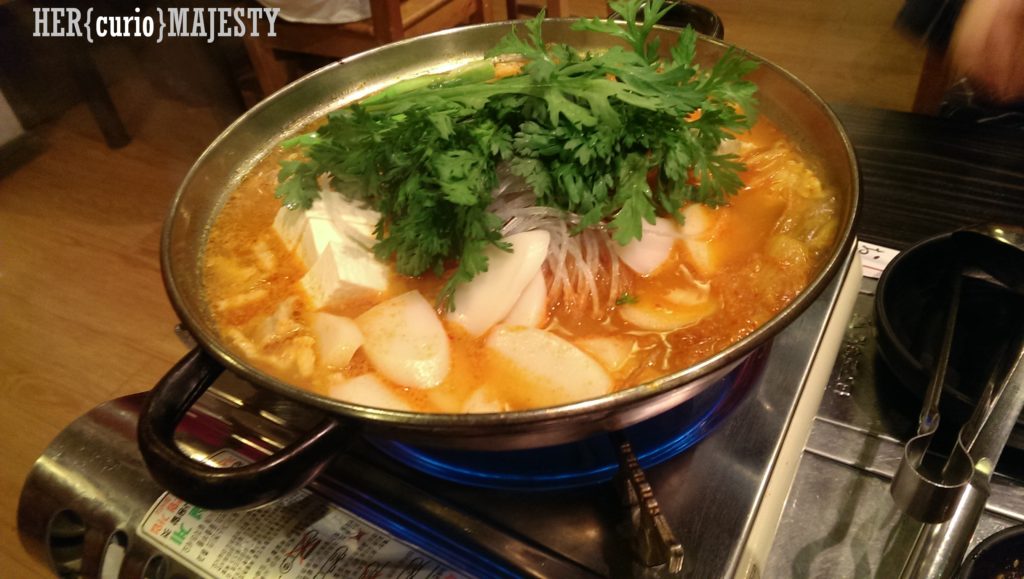 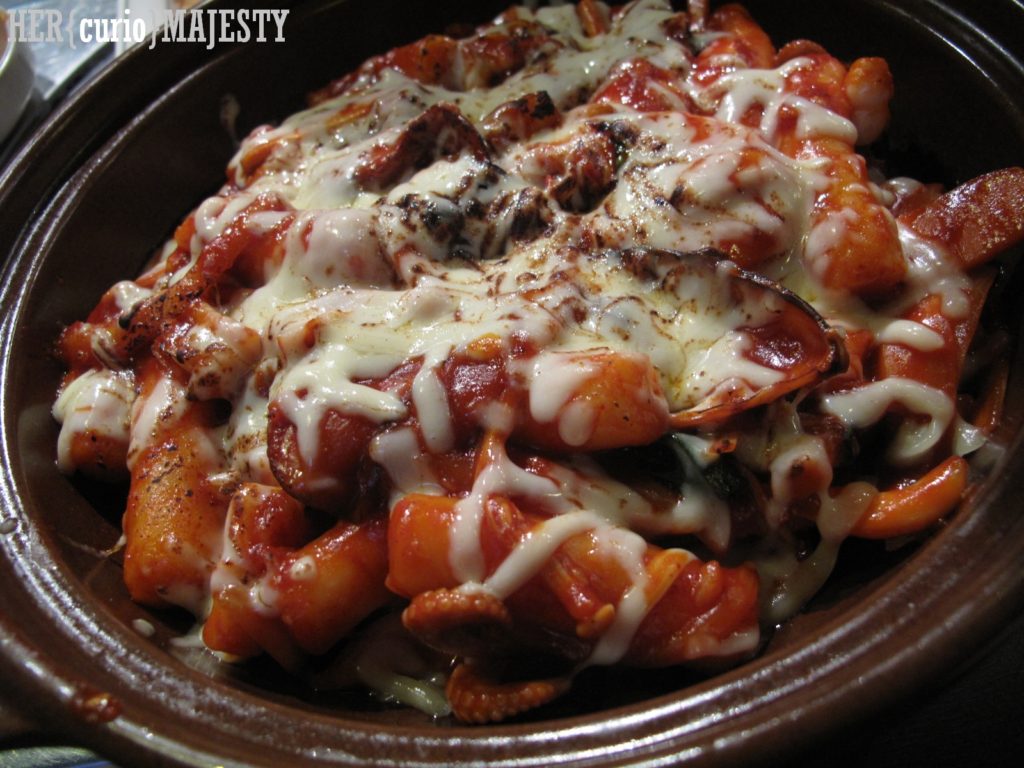 Haemul Dduk Bok Ki (seafood and rice cake topped with cheese), $35. Some of my friends always order this, but I’ve never been a big fan because I find it way too salty. 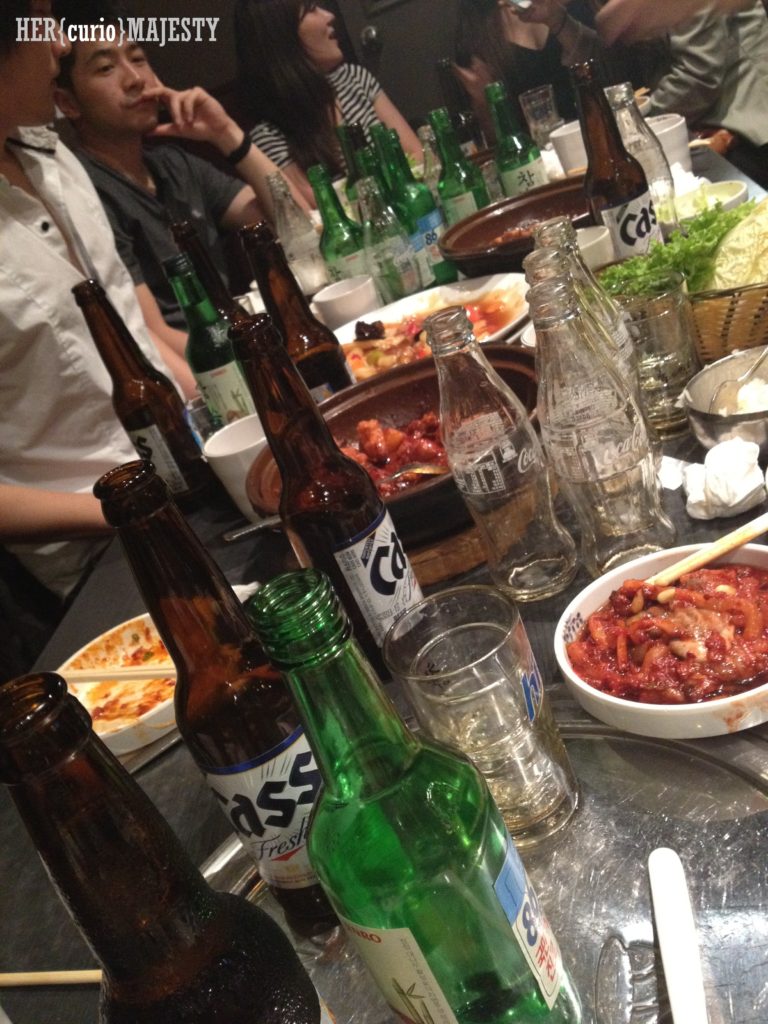 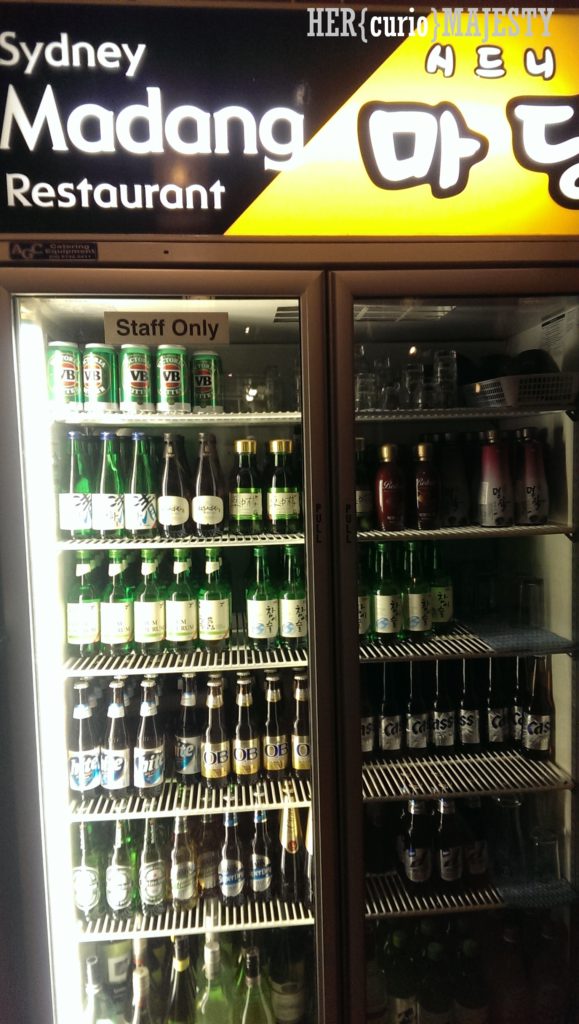 The food is great for sharing, so is the alcohol. Soju bomb always makes us so happy hehe. 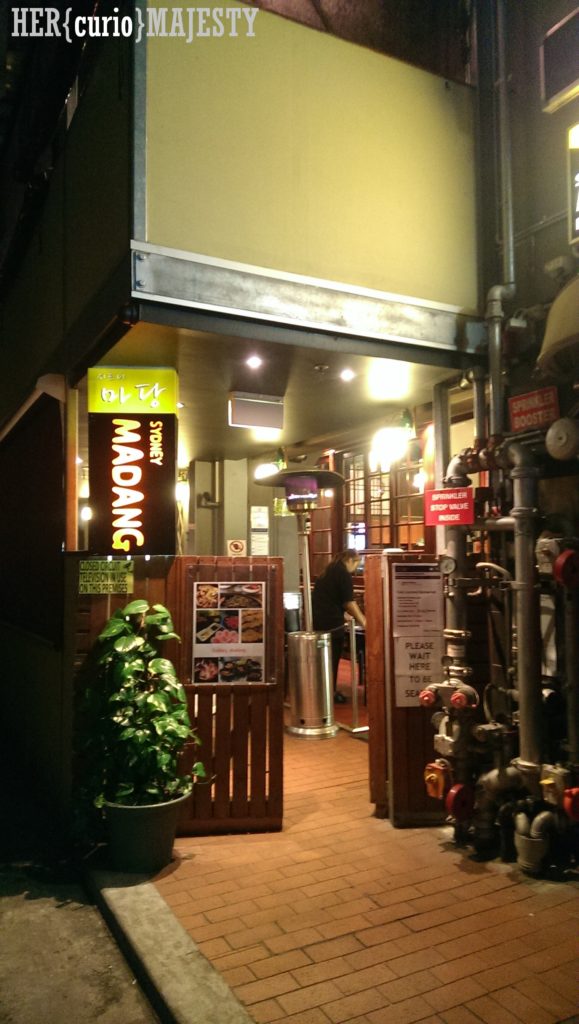