Bicentennial Park is a 40-hectare natural heritage site in Home Bush (Sydney Olympic Park) with lively wetland ecosystem and parklands.  It is one of my favourite bike riding areas in Sydney as the cycle paths are very well paved and they lead to many scenic points for photo opportunities along the way.

There is a bike hire shop right in the middle of the park for those of us that don’t have BYO bikes. 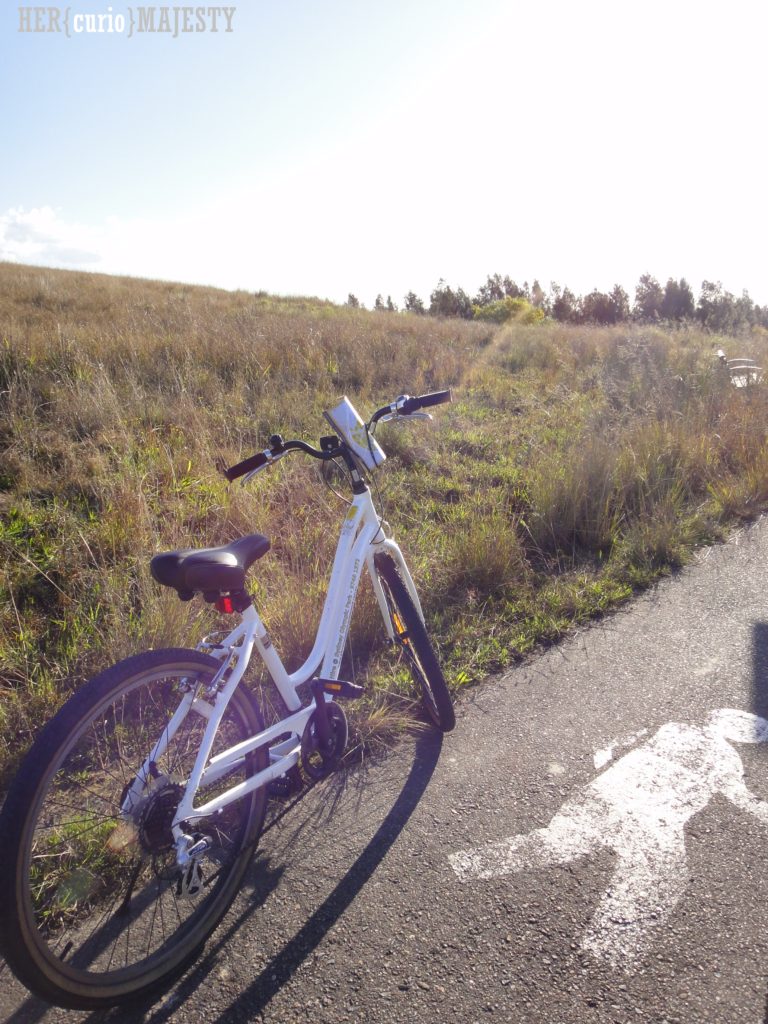 We usually get our bikes from Bike Hire at the Park. I would recommend hiring for at least 2-4 hours ($30) so that you get to cover the most iconic sites around the Bicentennial Park cycle paths.

How to get here 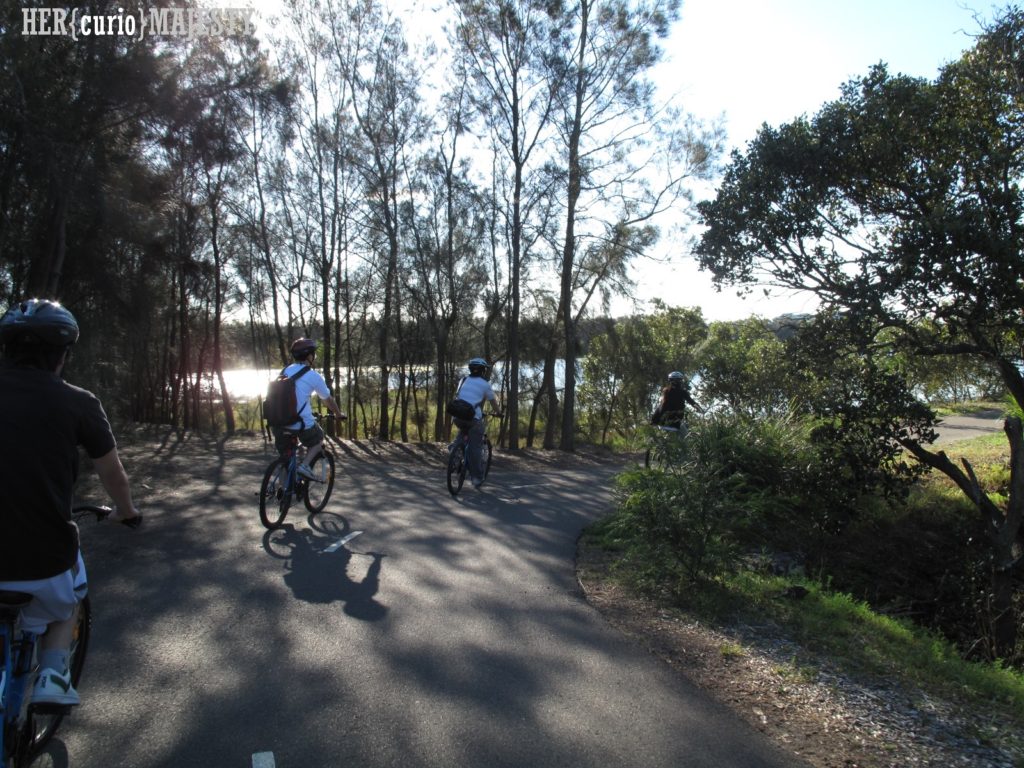 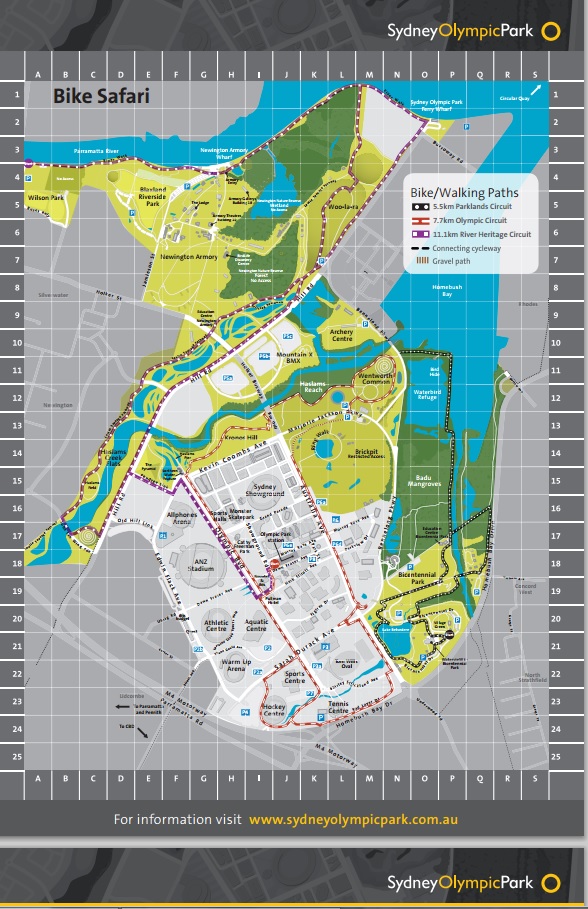 The “Bike Safari Map” created by the Sydney Olympic Park shows just how much can be explored on your bike within and around the Bicentennial Park. 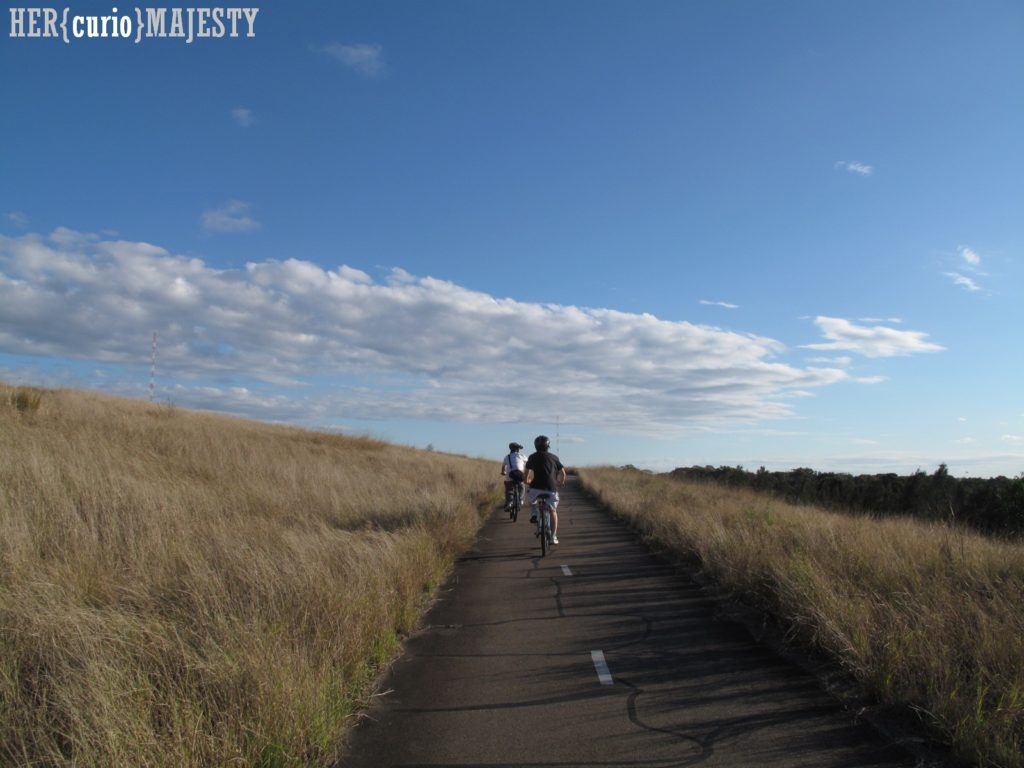 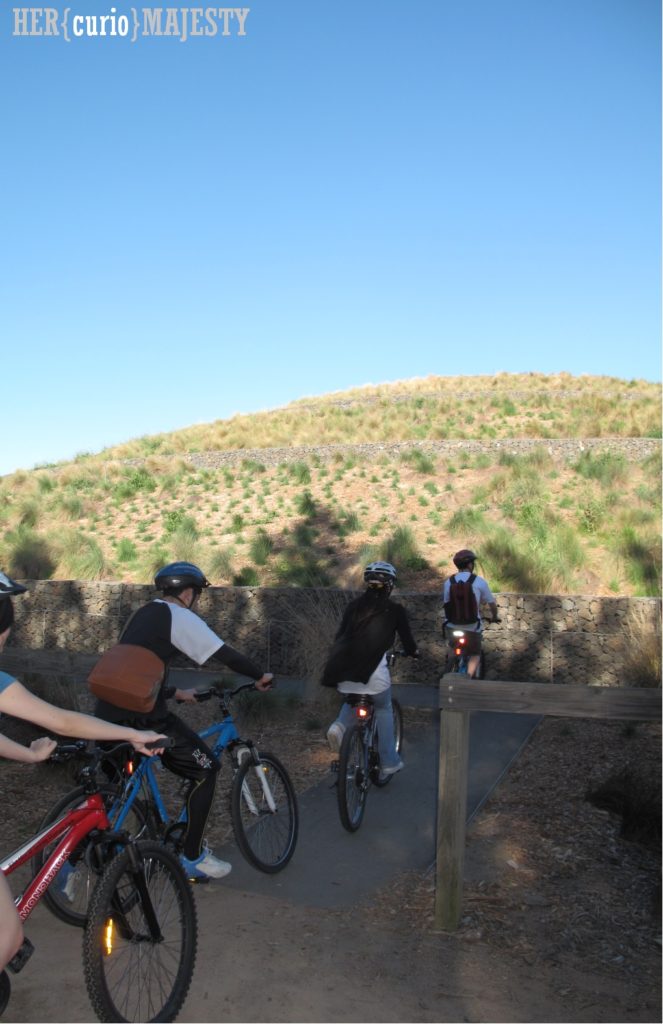 We will always ride to conquer the hilly Bay Marker Lookout at Wentworth Common. 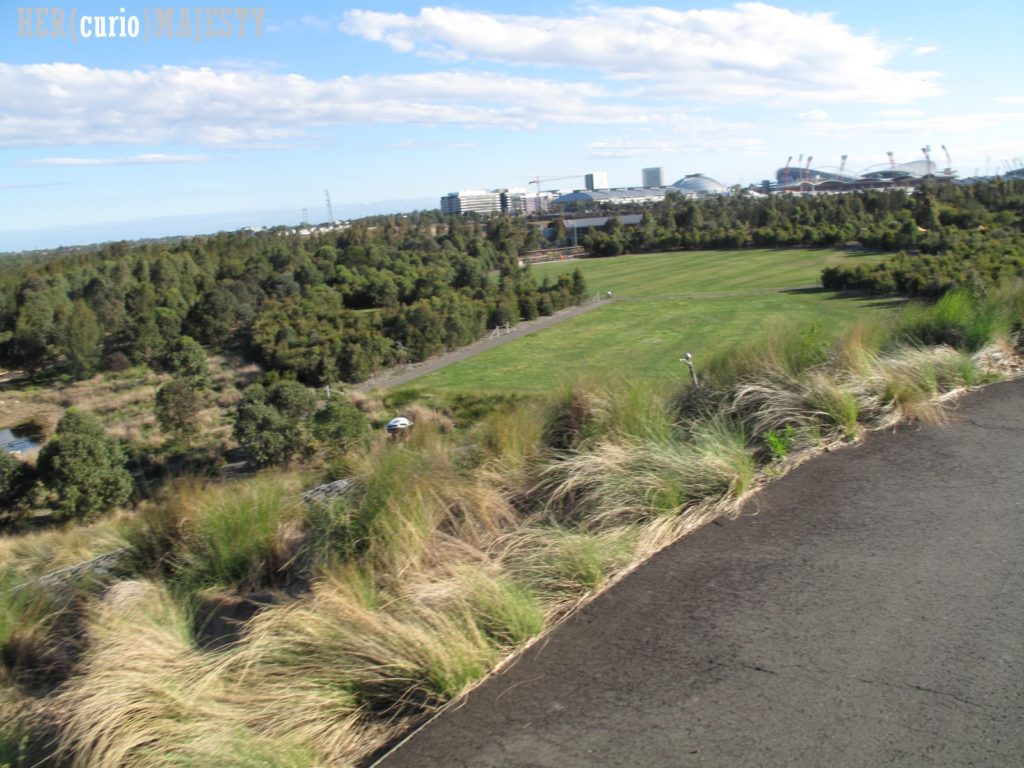 It has a spiraling pathway that takes you to the top for views over the wetlands, Haslams Creek, Homebush Bay and the city skyline. 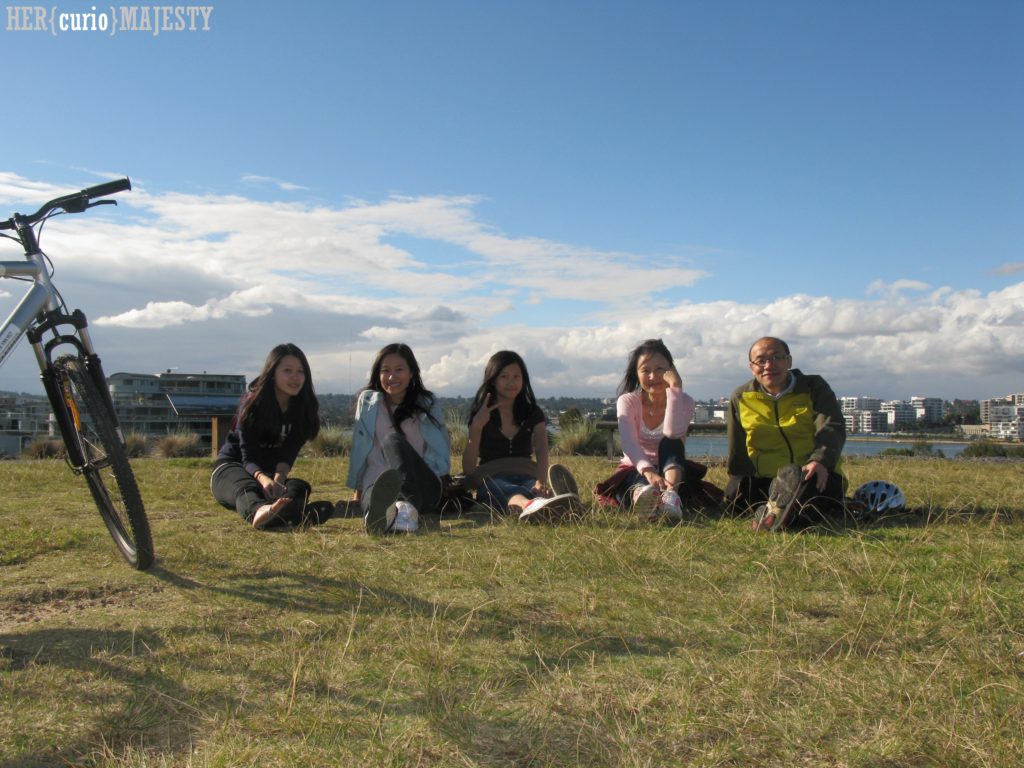 The fresh air, cool breeze and the sense of doing and achieving something together is simply priceless. 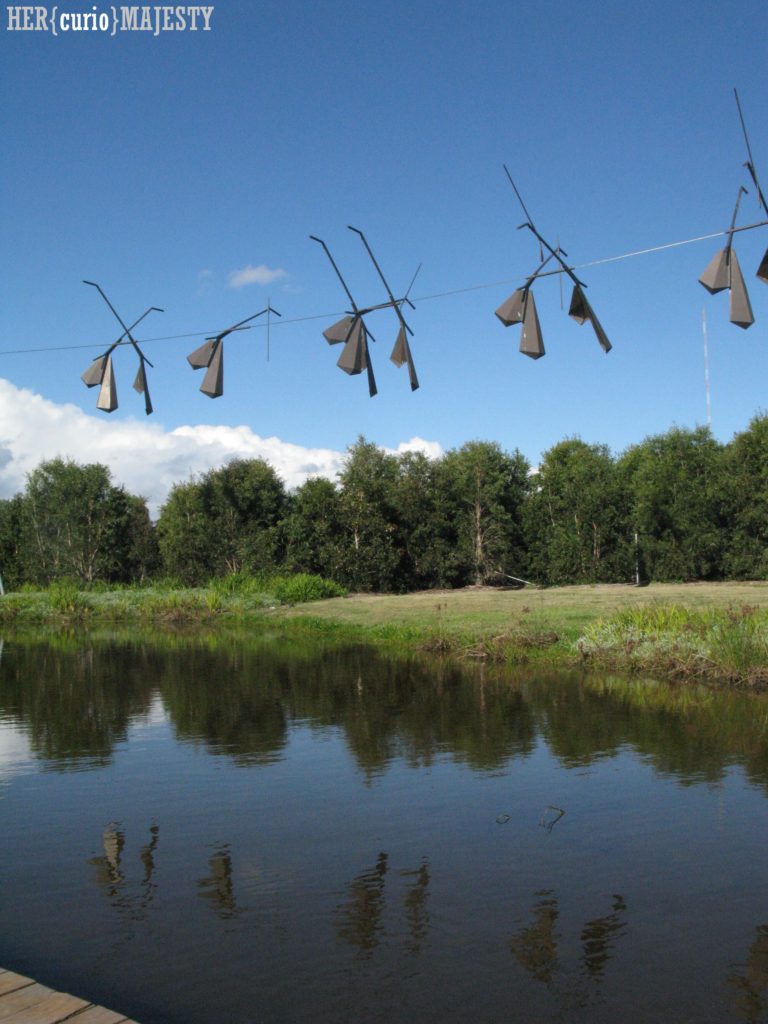 Apart from the Bay Marker Lookout, there are plenty more to do at Wentworth Common as it is a huge open grassy park with playground, picnic shelters, BBQ and toilets. 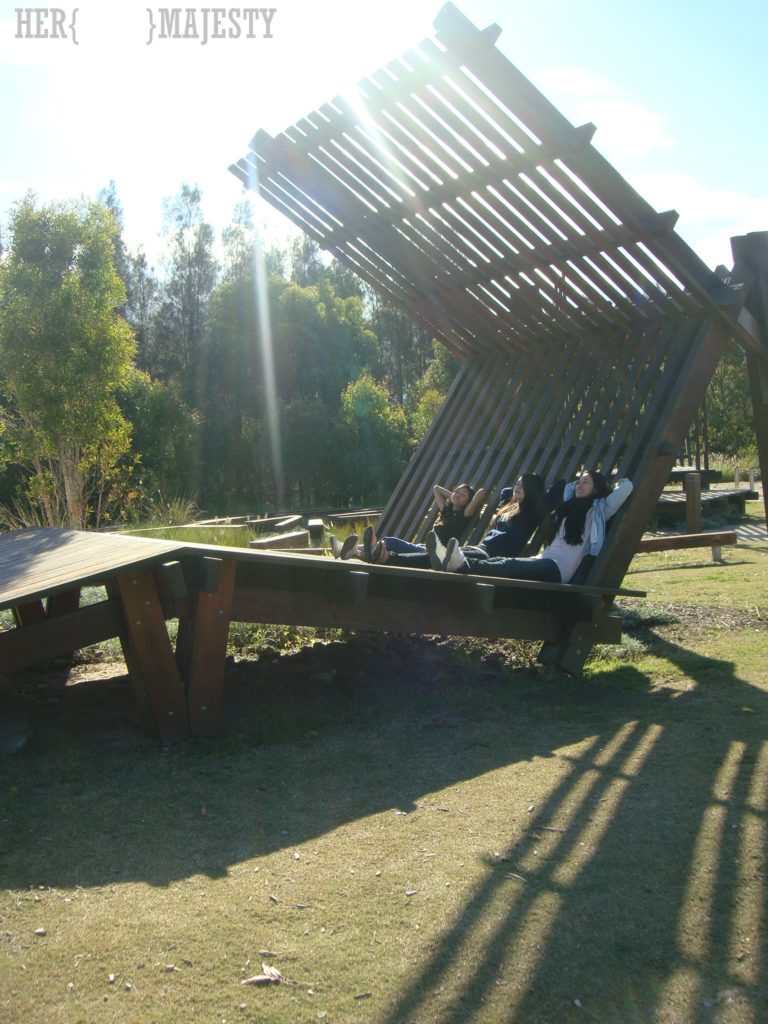 The three sisters chilling on the giant’s lounge. 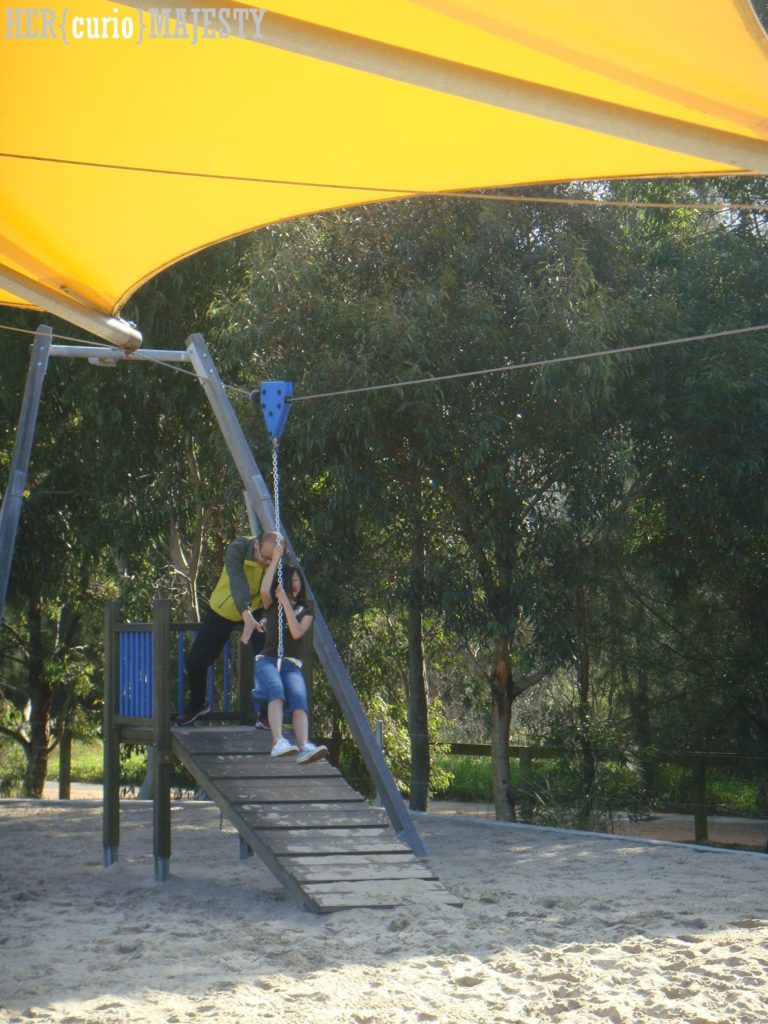 My dad helping our baby sister on the flying fox. 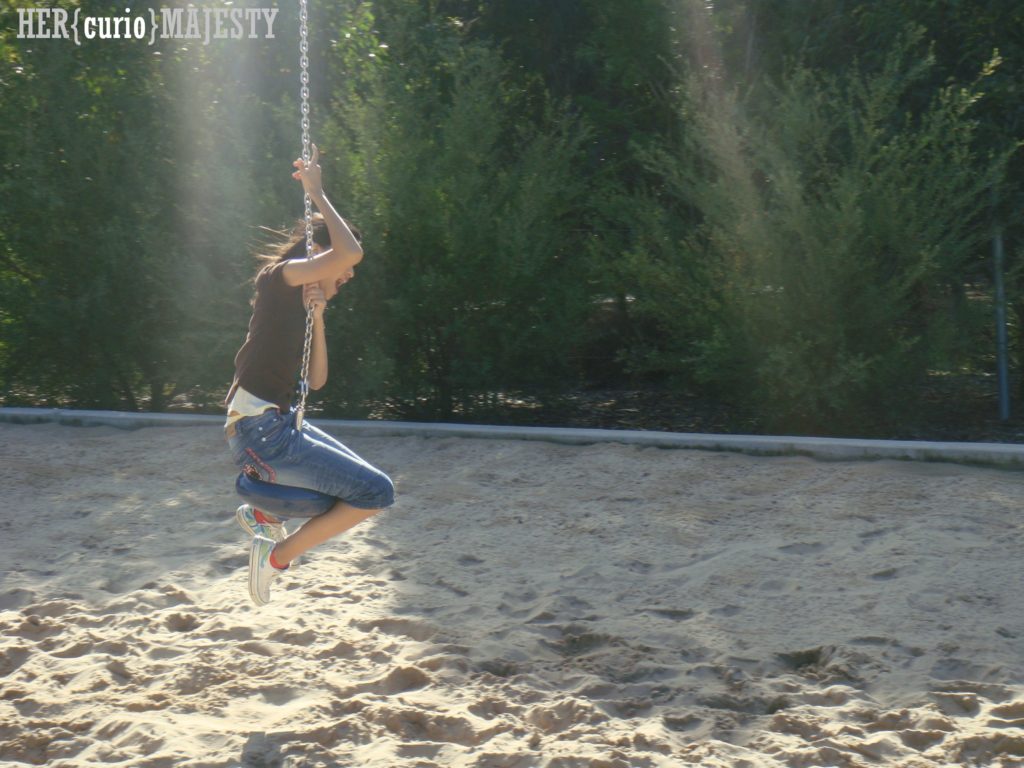 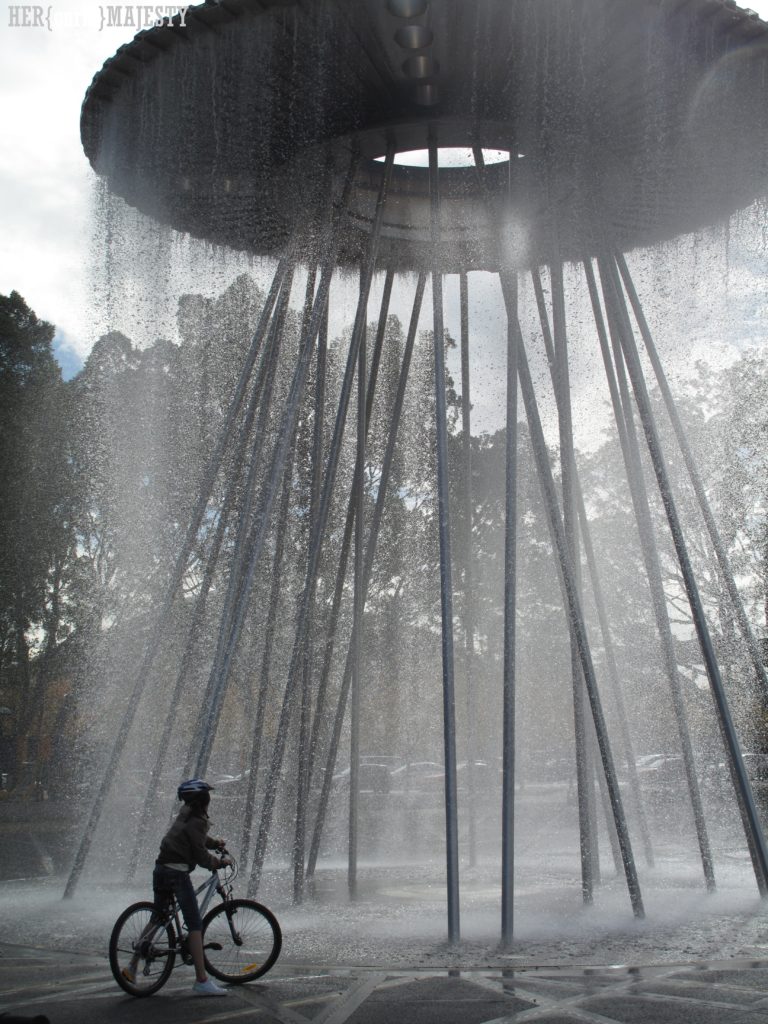 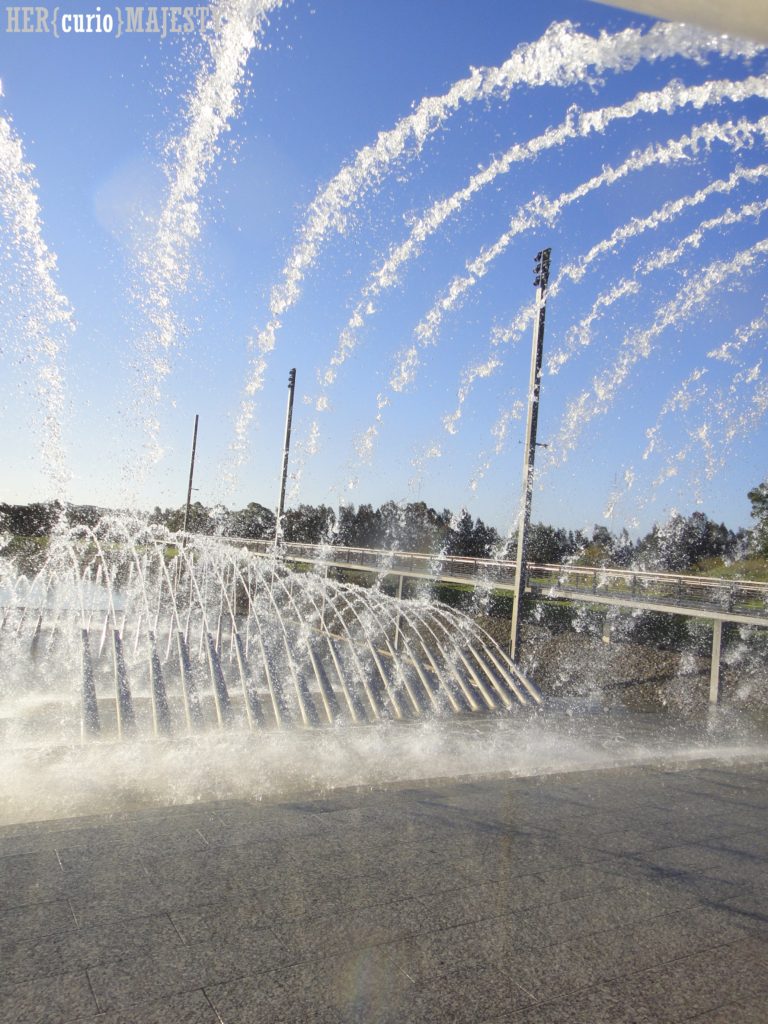 The Northern Water Feature on Olympic Boulevard, opposite the Allphones Arena. 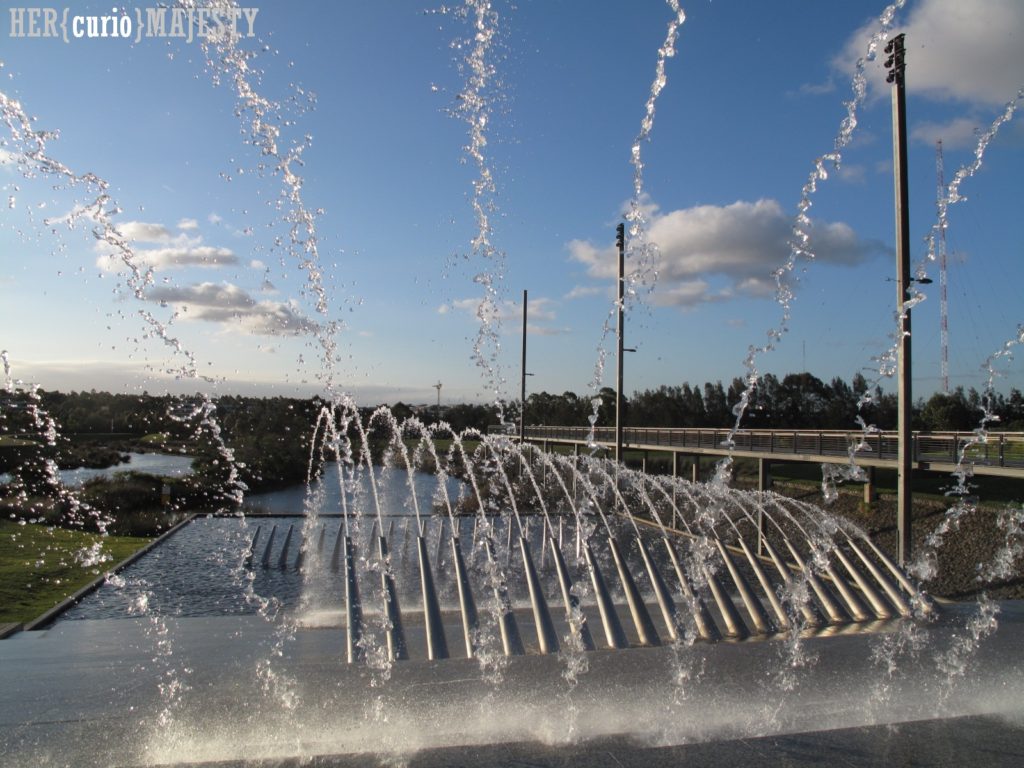 This is one of my favourite spot for photos, especially on a sunny day like this. 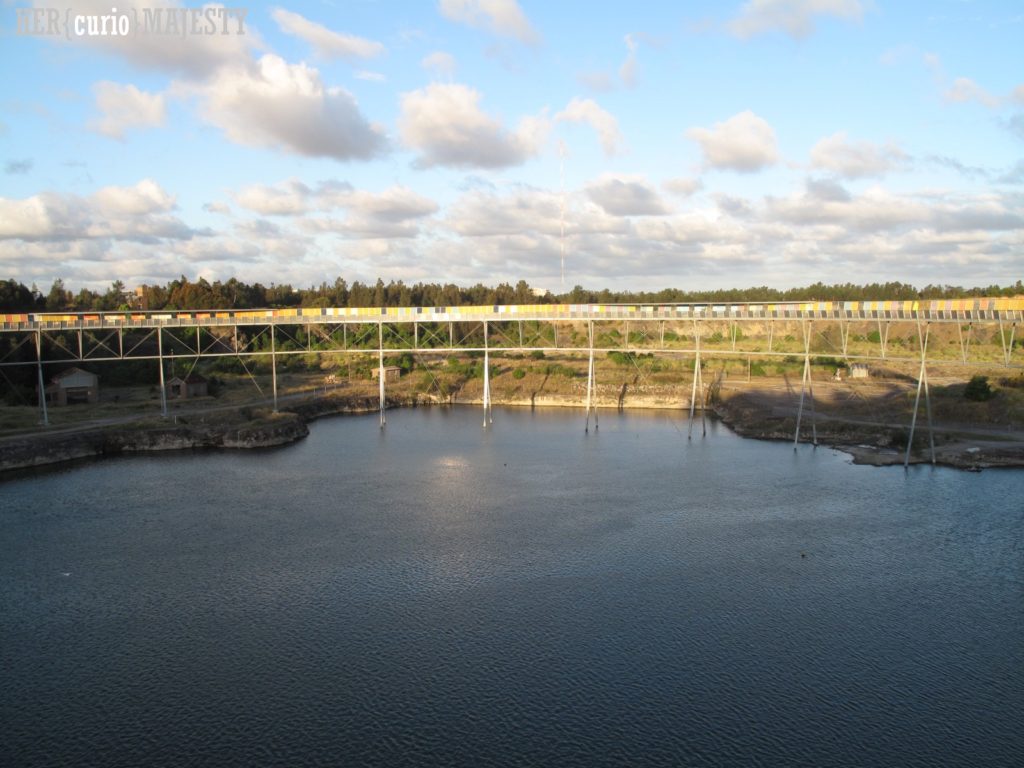 Strolling on The Brickpit Ring Walk is truly an exhilarating experience. The circular walkway is 18.5 metres high and 550 metres long, and stands above the sandstone floor of the Brickpit that helped make the millions of clay bricks used to build Sydney. Apart from the historic significance of this site, the pit remains a carefully preserved area as it is nowadays home to a clan of the endangered Green and Golden Bell Frogs.

P.s. No bikes are allowed on the Ring. 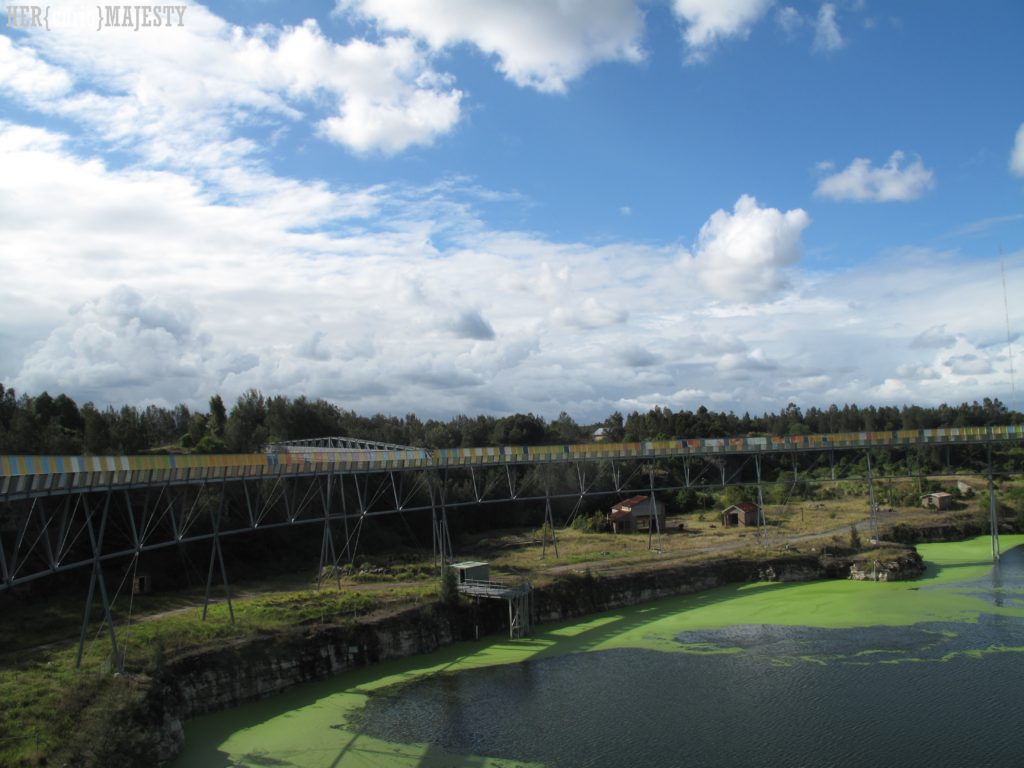 I really like bike riding, maybe because it is one of the very few sports that I am actually good at – I can let both of my hands go for as long as there is no need to turn (which is very convenient when taking biking selfies)!

When we were young, my dad always made us bike riding together in the country neighbourhood on weekends. My-teenage-self was often reluctant to leave my RPG computer games or novels, but my dad never took no for an answer when it came to family sports time. Today, those moments where the five of us formed a mini bike club of our own racing on the side of the rice paddy in my hometown are one of my treasured childhood memories.