The cronut craze has been going on for a while now, but I only just caught up to it recently and had my first bite of this sinful creation at Brewtown Newtown last weekend.

What I didn’t: The queue. 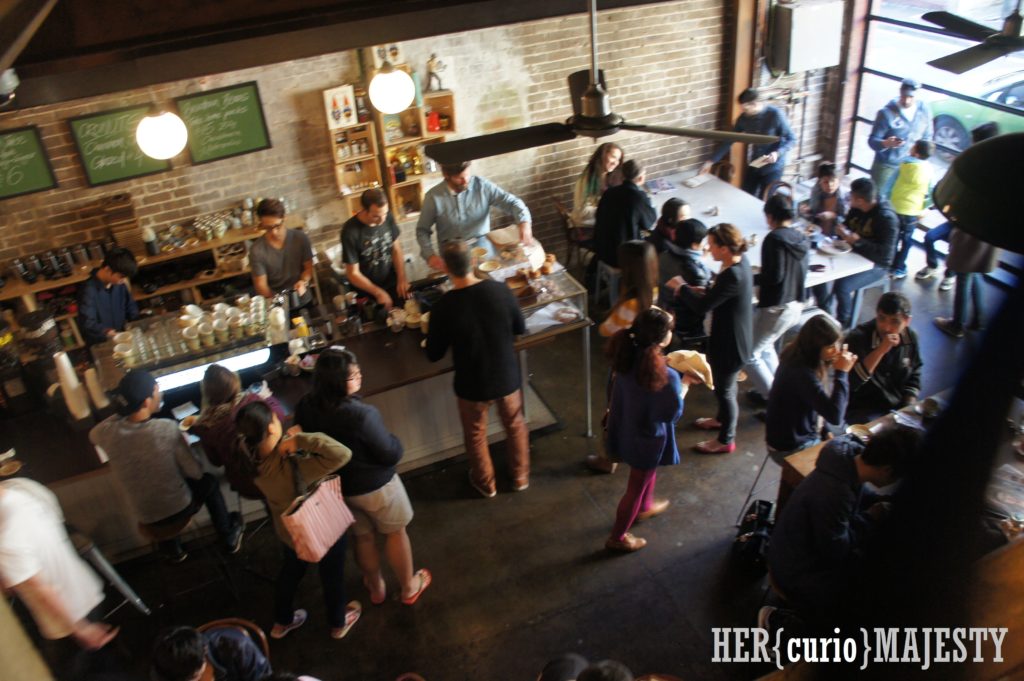 We arrived at Brewtown Newtown just before 2pm on a Sunday afternoon. The place was still packed and there were multiple groups of people waiting outside.

After we put our name down with the staff for a table for 4, the wait began. It was not too bad, about half an hour, considering that we came in a larger group. Tables for 2 were fairly frequently called out as we waited. 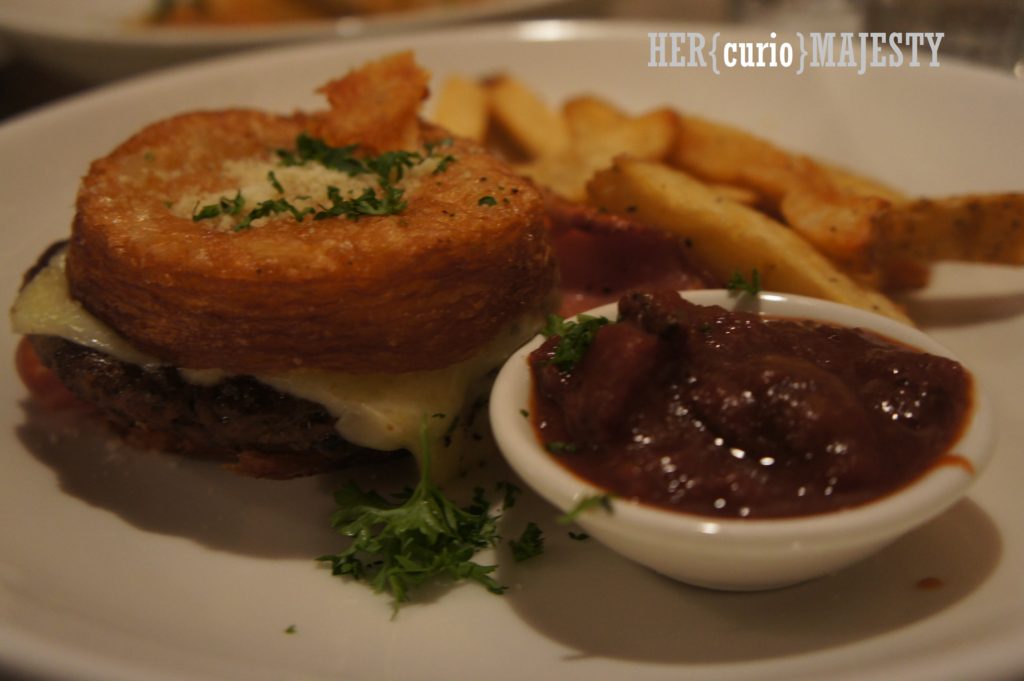 Elvis burger (ground beef, savory cronut, canadian bacon, gruyere and mayo served with chips and relish), $16.5. Elvis burger is definitely not your ordinary burger because the bun is actually a cronut!

The size of the burger was on the smaller end but the thick and delicious hand-cut chips made up for it. The relish tasted fresh and flavourful, and went really well with the chips.

However, I don’t think I’ll ever order this again as the overall experience was, as I had expected, a bit too oily for me. But it was definitely something different and worth a try for the first-timers or big-time cronut lovers. 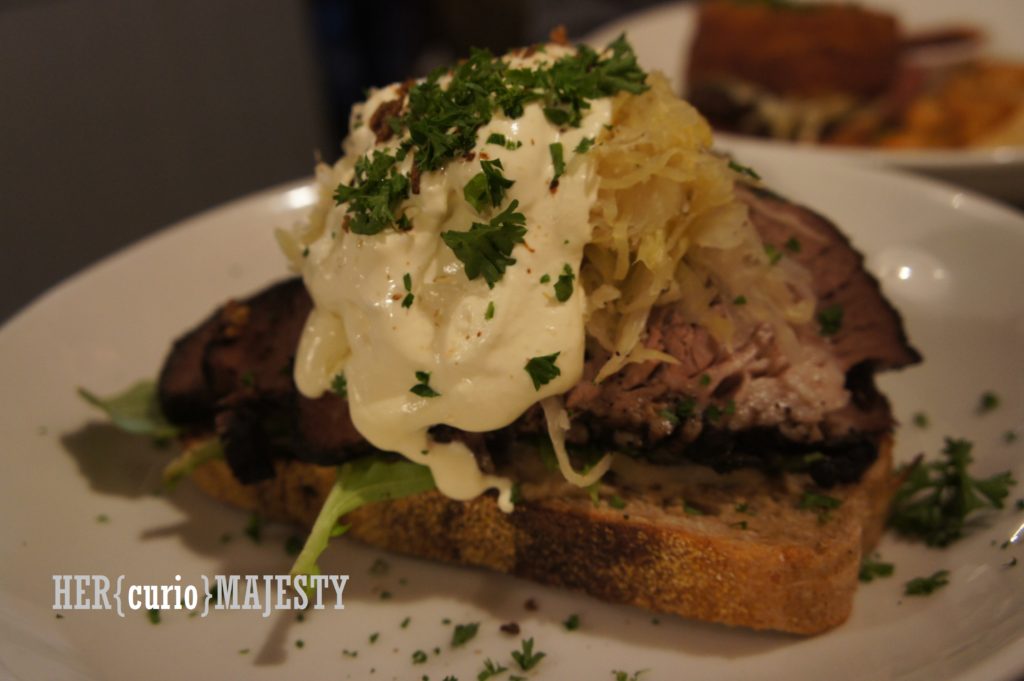 A cute waiter came up to ask Mike for his opinion on this sandwich as they “only just added this onto the menu this morning“. Woo.

We hope this sandwich is there to stay. The layers of beef brisket were tender, the sauce and flavours were well-balanced and the portion was very generous for a sandwich. 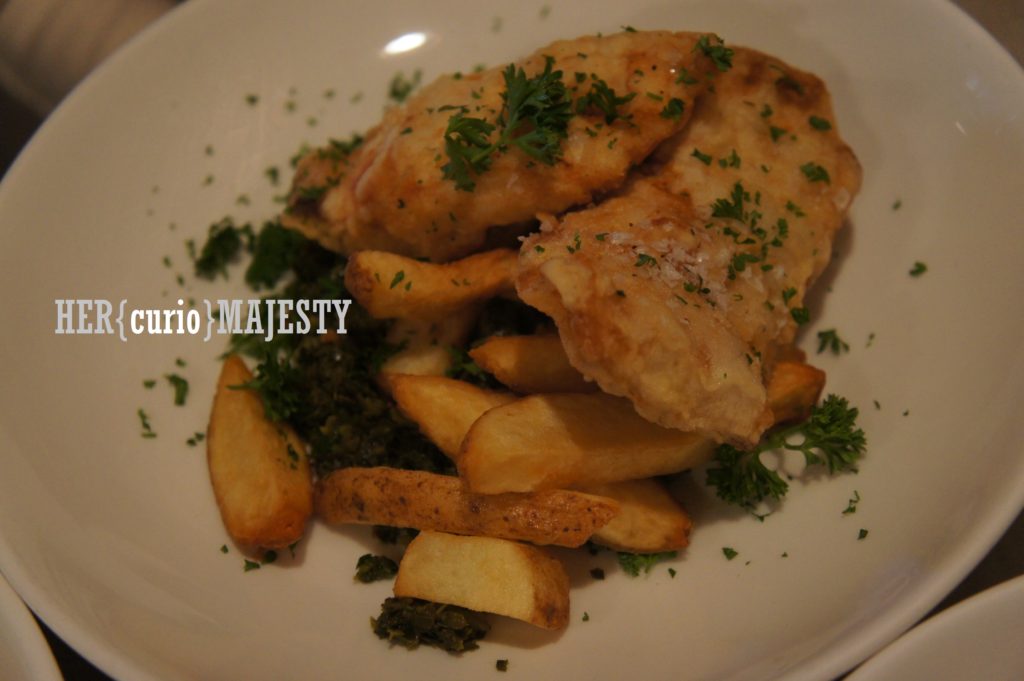 This was the photo that I saw on my friend’s Facebook page earlier that morning that prompted us to make a trip to Brewtown. The fish was fried to perfection and the inside was still very hot and tender when it came out. Extra points for that. 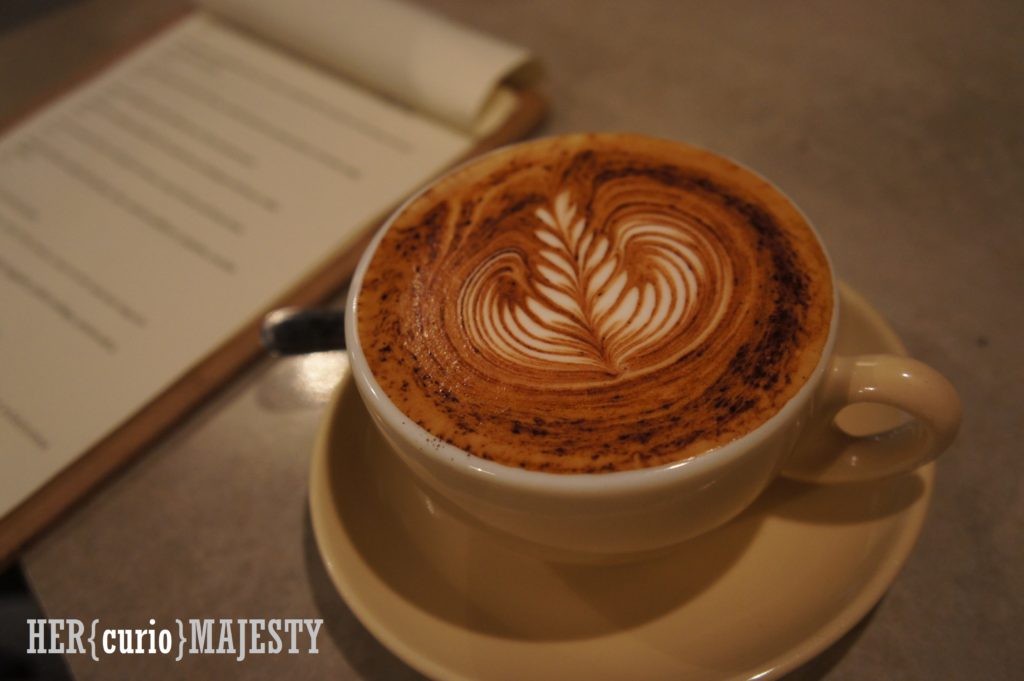 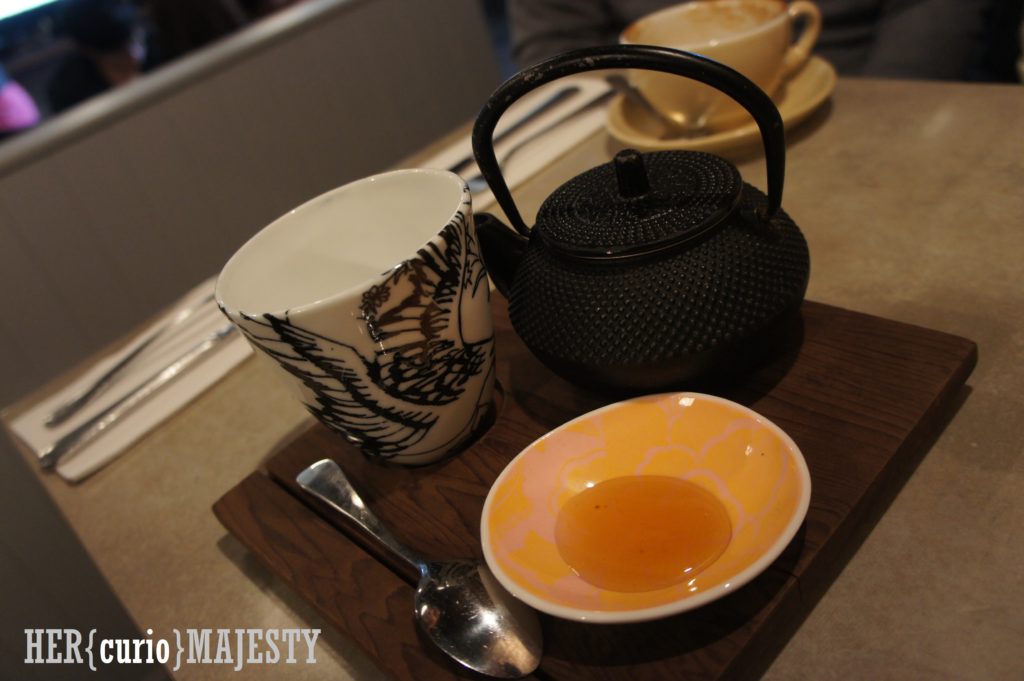 Chai tea. Came with a cute pot and a dish of honey. 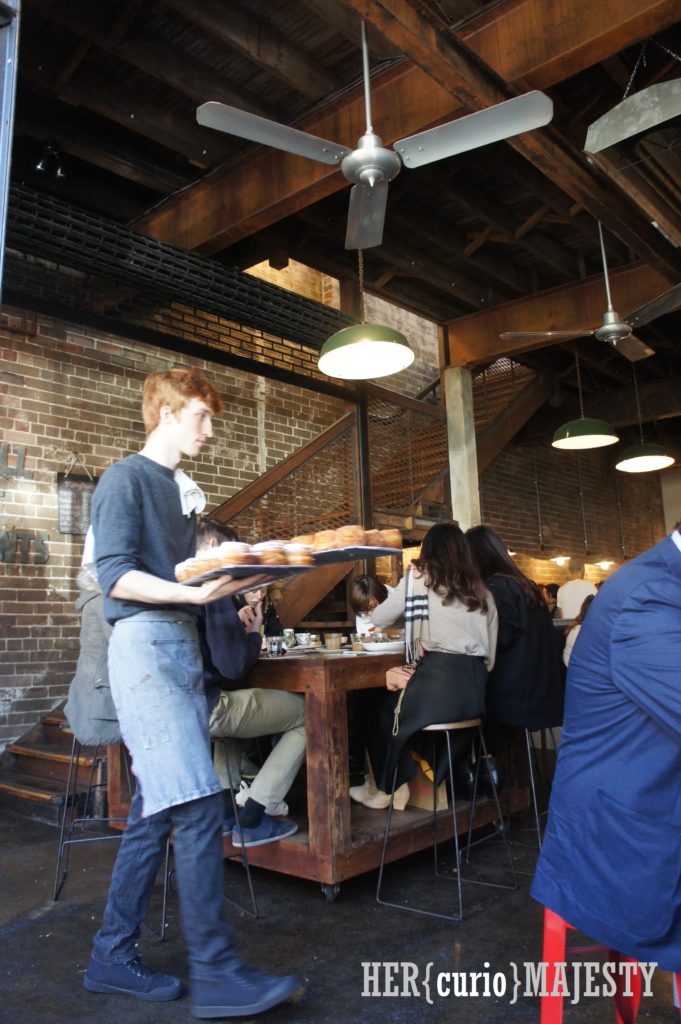 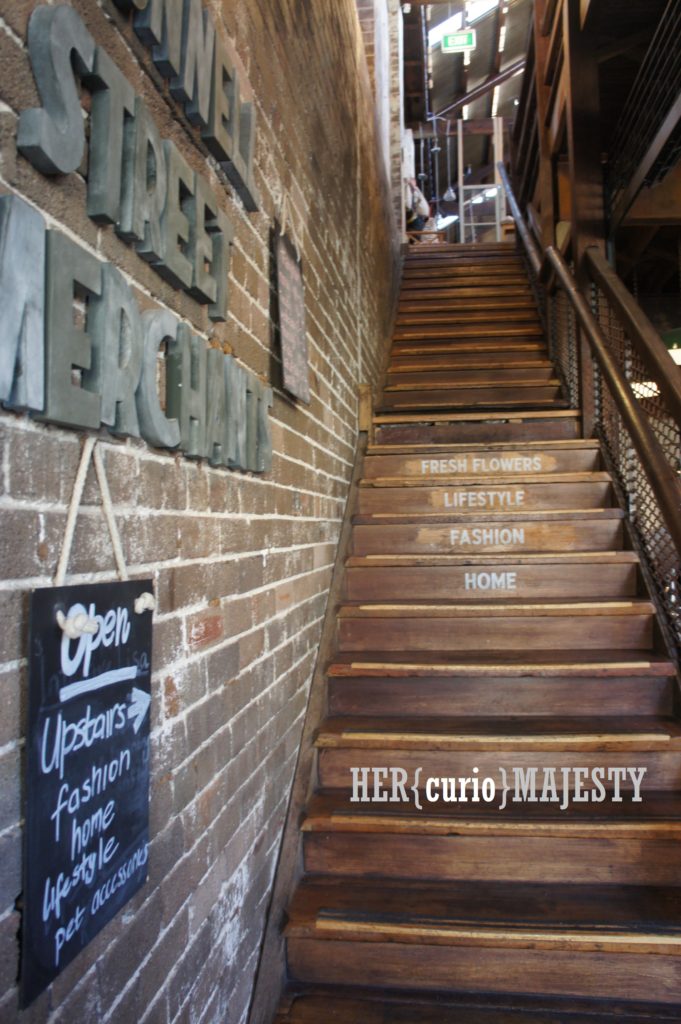 I’m not exactly an enthusiast of croissants or donuts, but the idea of [crossaints+donuts = cronuts], and its seemingly growing popularity, got me really curious and I had to have them. Just the perfect example of how a good catchy acronym can be your most powerful marketing strategy ey.

Judging by the trays and trays of cronuts being rolled out constantly from the oven upstairs, it would appear that people are loving the cronuts here. 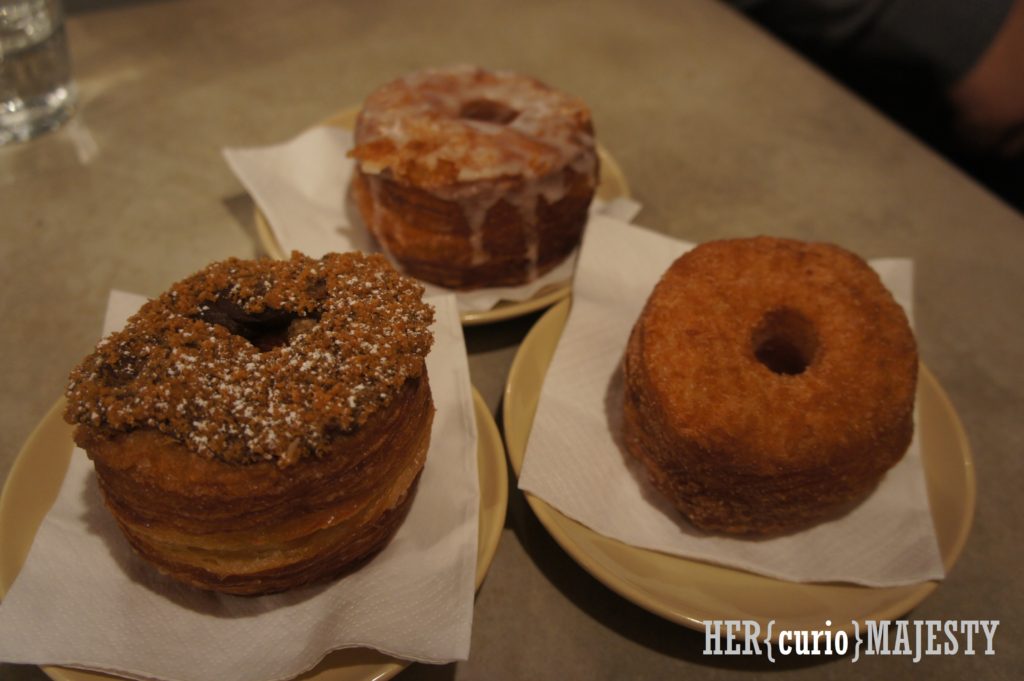 Ta-da! There were four sweet cronuts to choose from: cinnamon, glazed, chocolate crumble & jam. We didn’t order jam because we were already pretty full.

I took a bite…mmm so this is cronut! It was fluffy on the inside with a subtle crunch on the layers. The name describes its hybrid texture perfectly, it’s a cro…nut.

We thought the chocolate might be too sweet but it turned out to be ok. My favourite was the cinnamon. 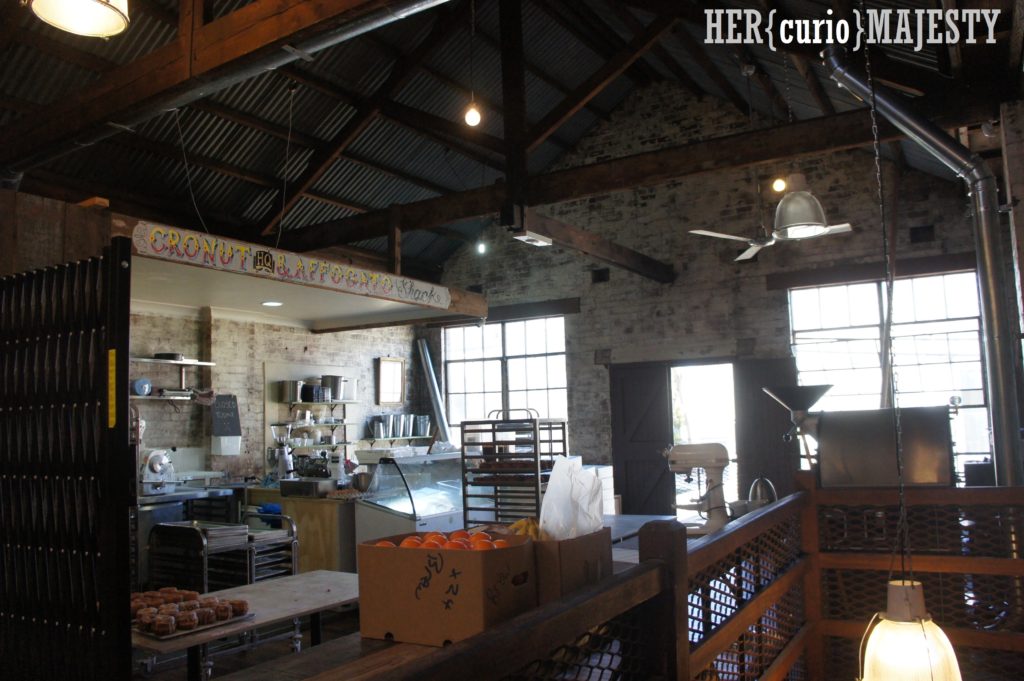 The cronut affogato station was closed when we went (sad face). It’s alright, an excuse to come back again? 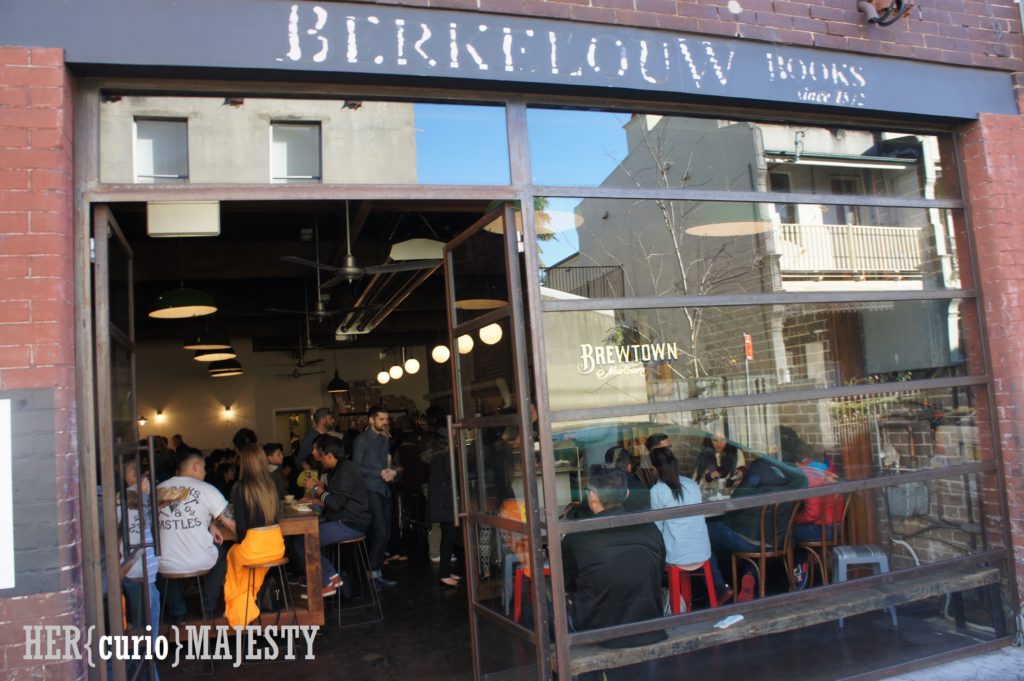