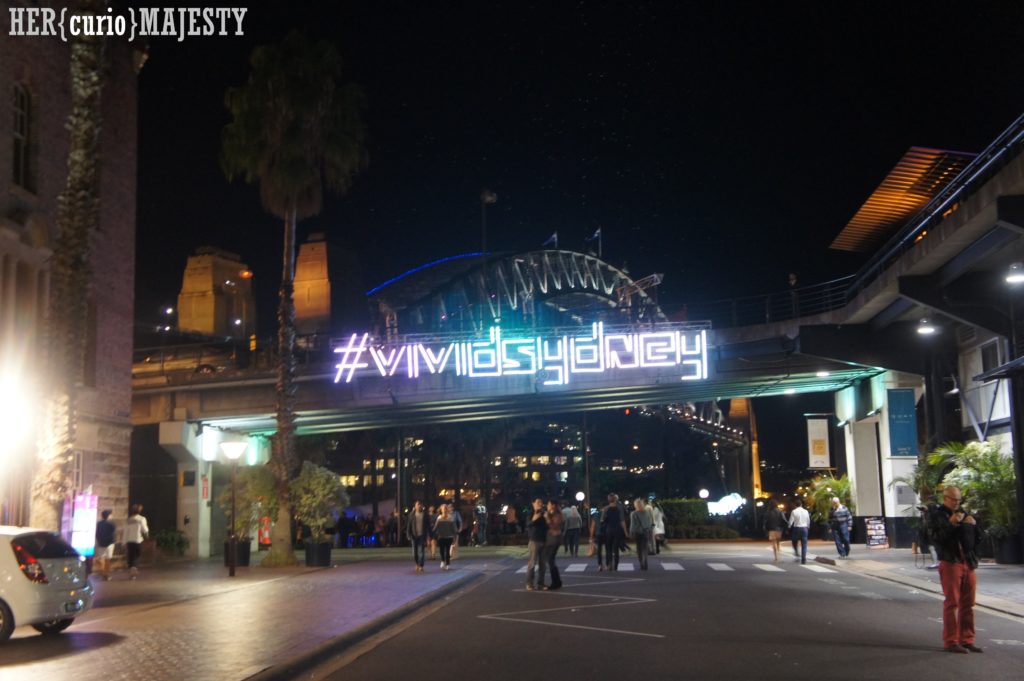 The 7 things you need to know about Vivid Sydney:

Scroll down to see some photos that I have taken throughout the years: 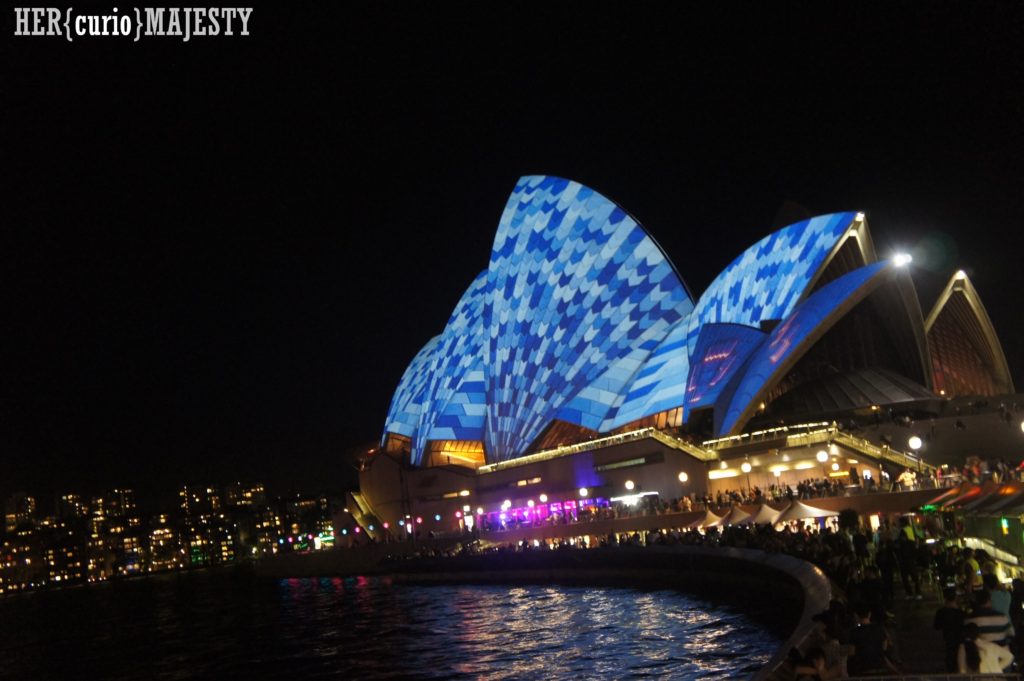 Lighting of the Sails is definitely my favourite. The projection has improved dramatically since 2009 – it used to be a static projection that changes every several minutes; now the lights dance and interact with the music playing along the Opera House footpath. 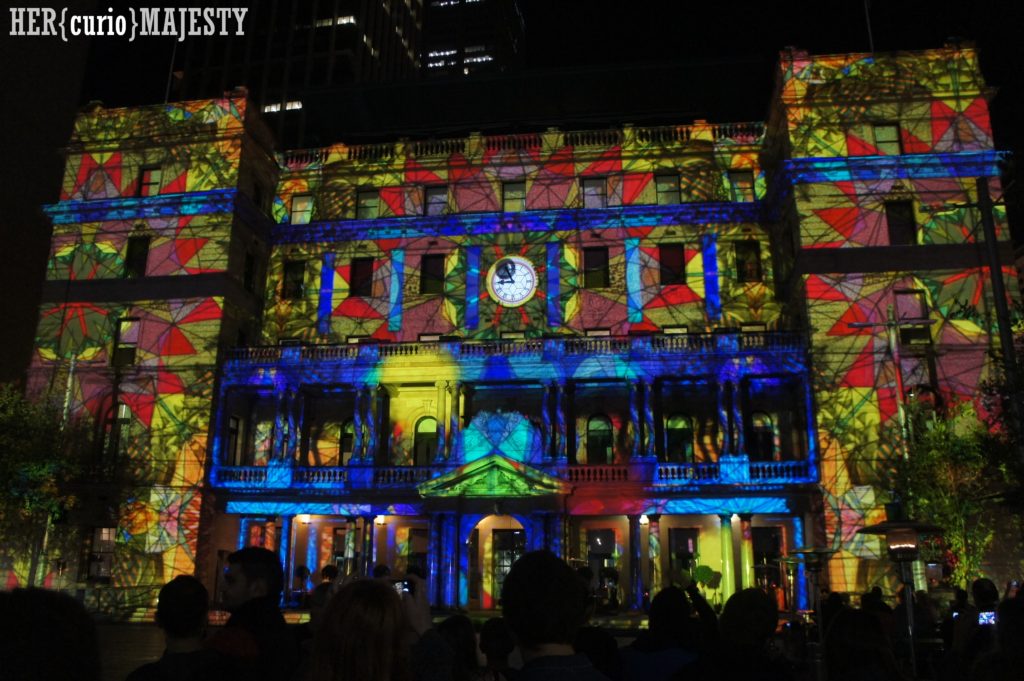 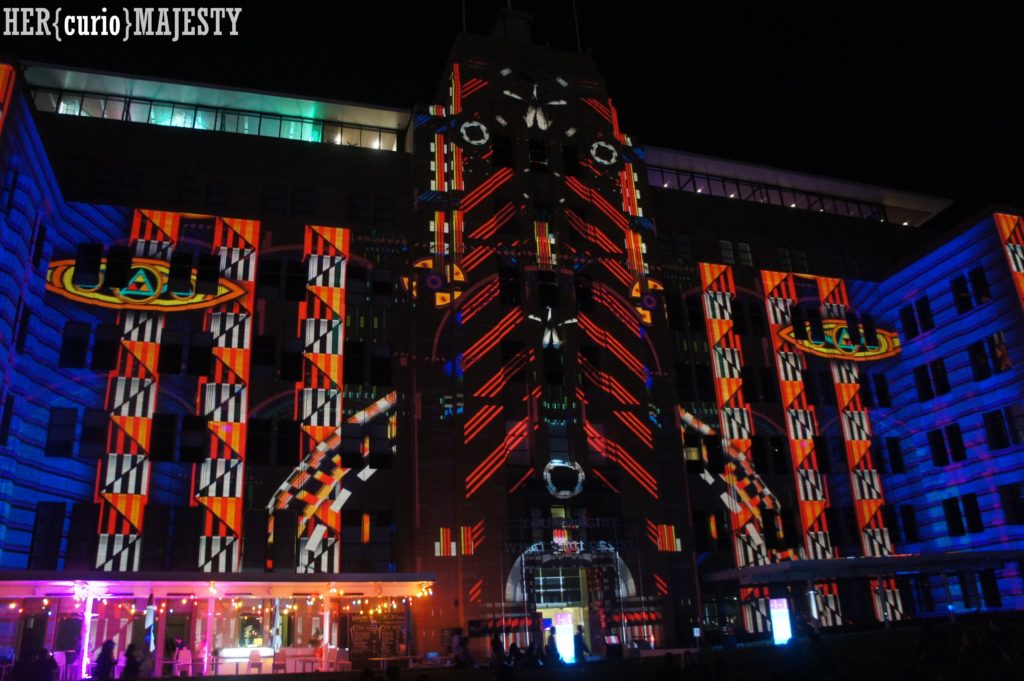 The Museum of Contemporary Art. 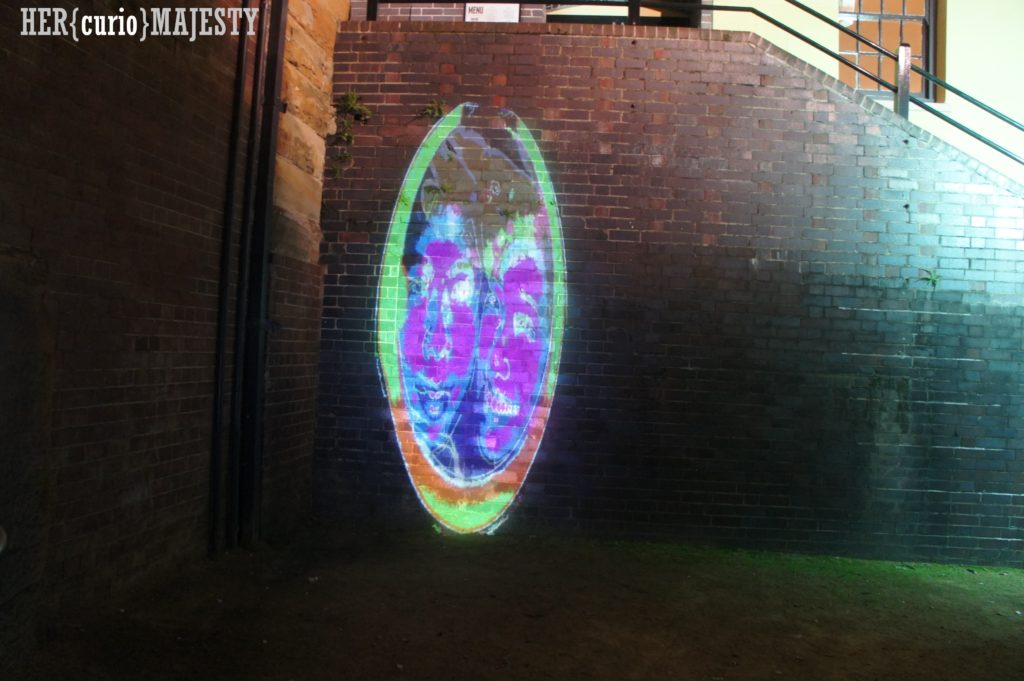 A fun installation at the Rocks. Can you tell who the muses are? Hehe, yep it’s a projection of our photo being made into a light graffiti! 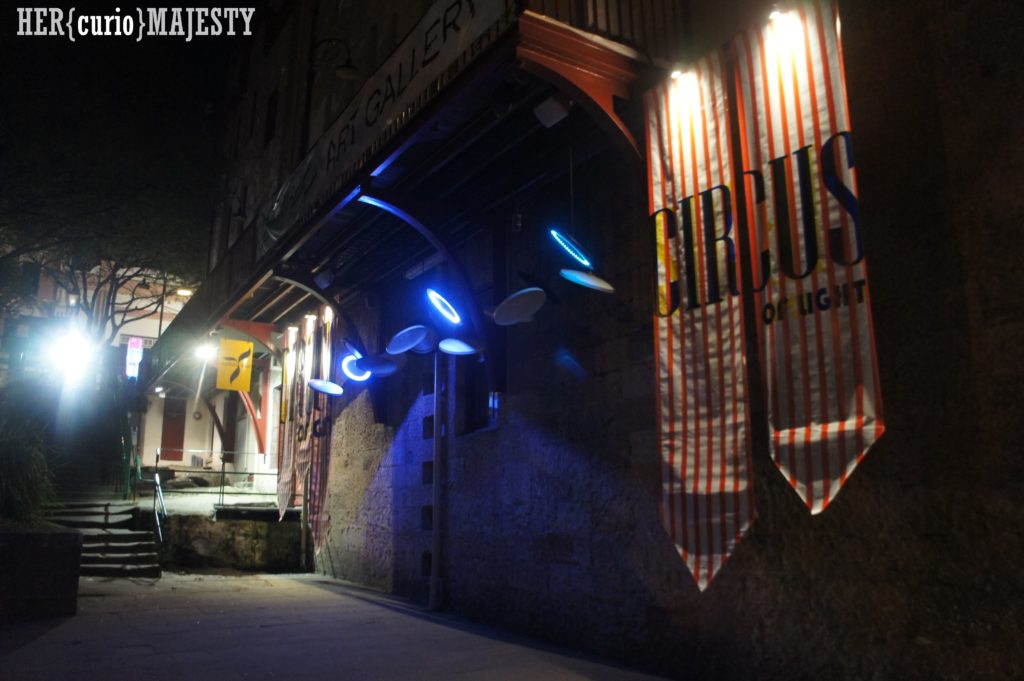 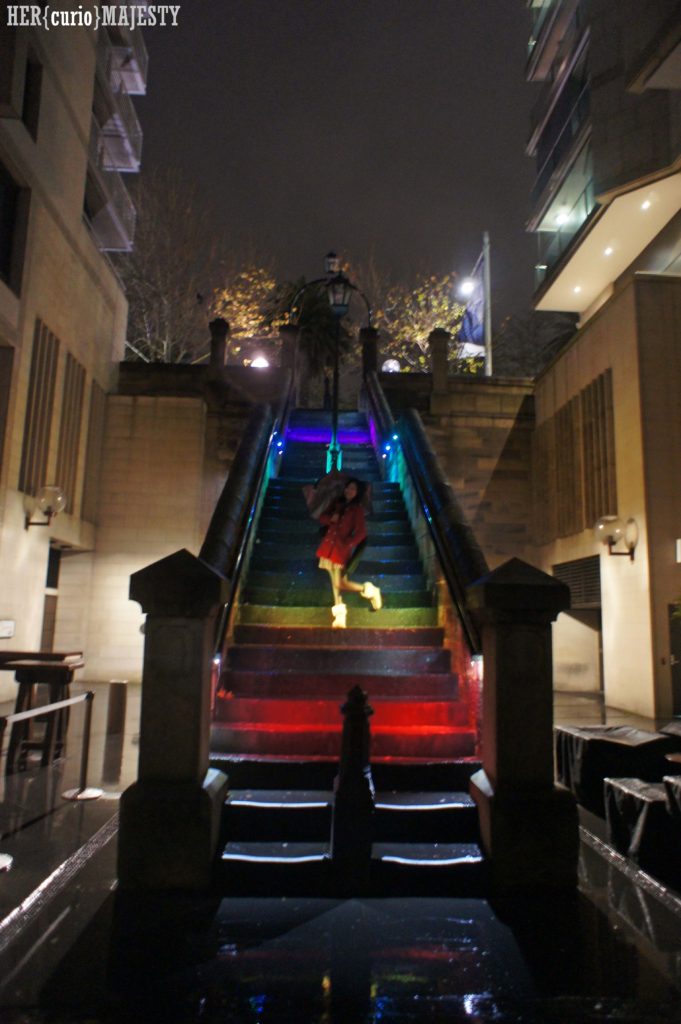 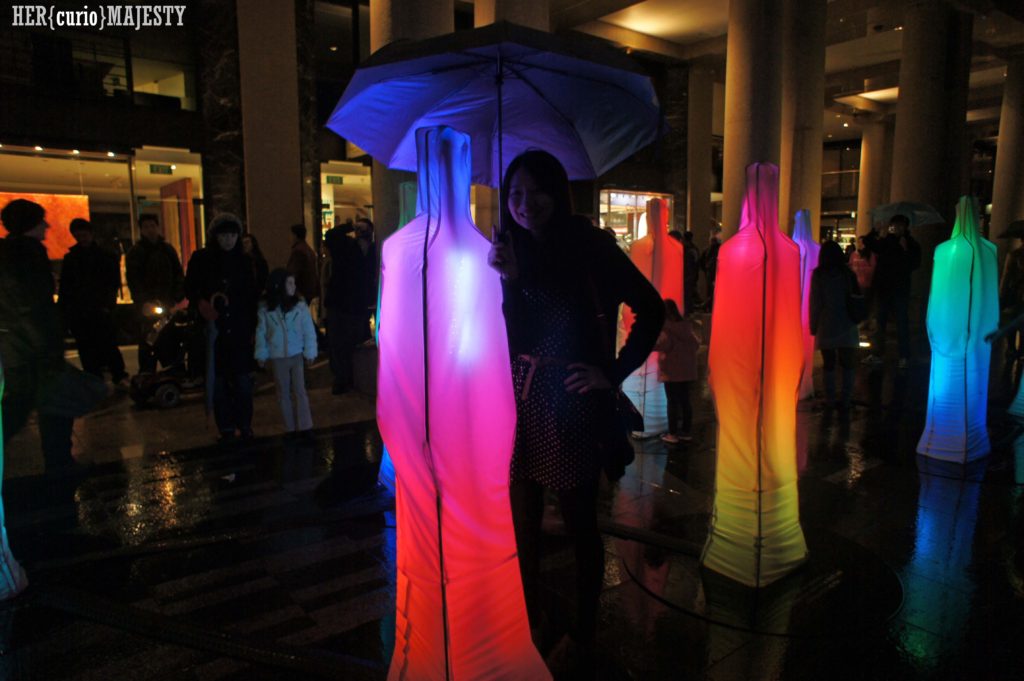 Jen sharing an umbrella with the lighting man. 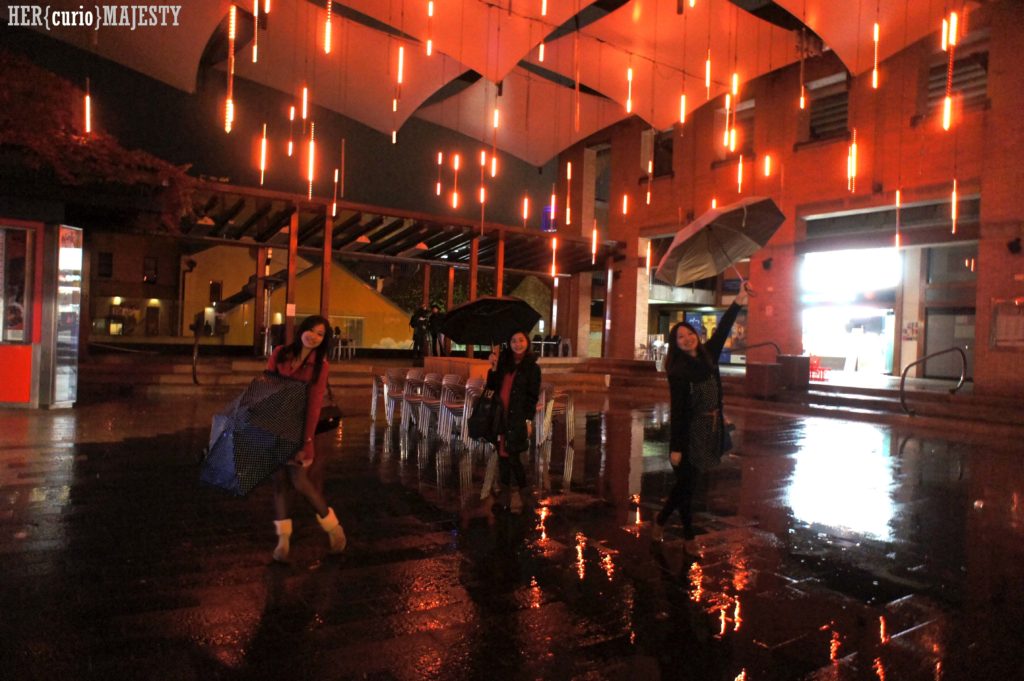 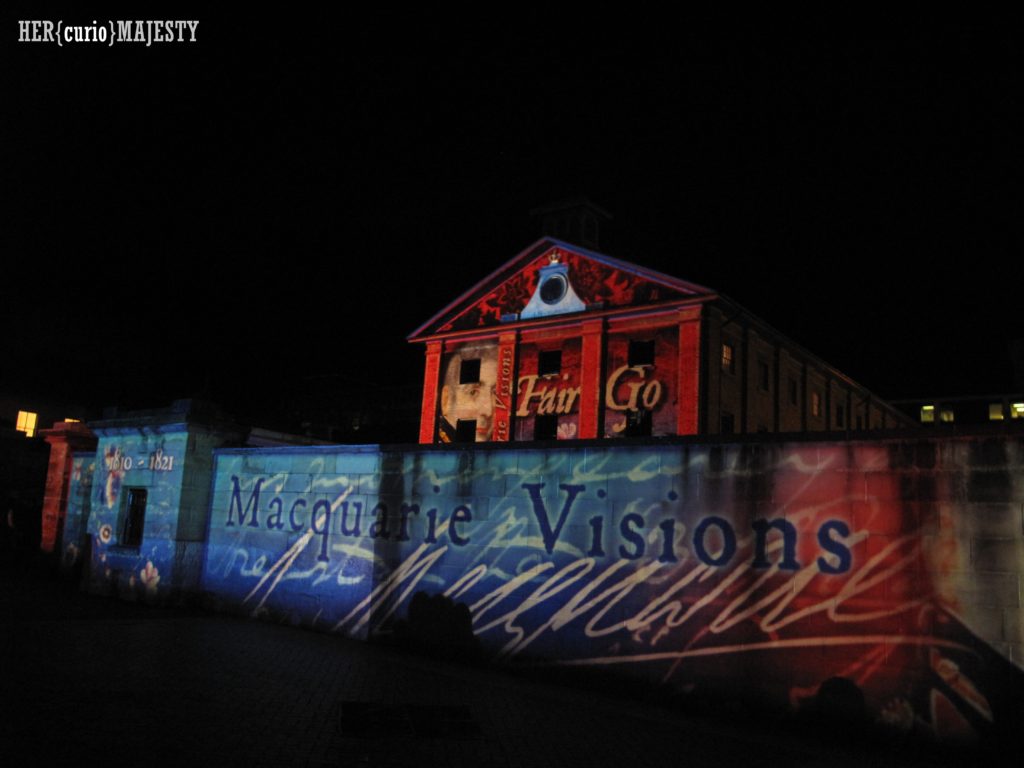 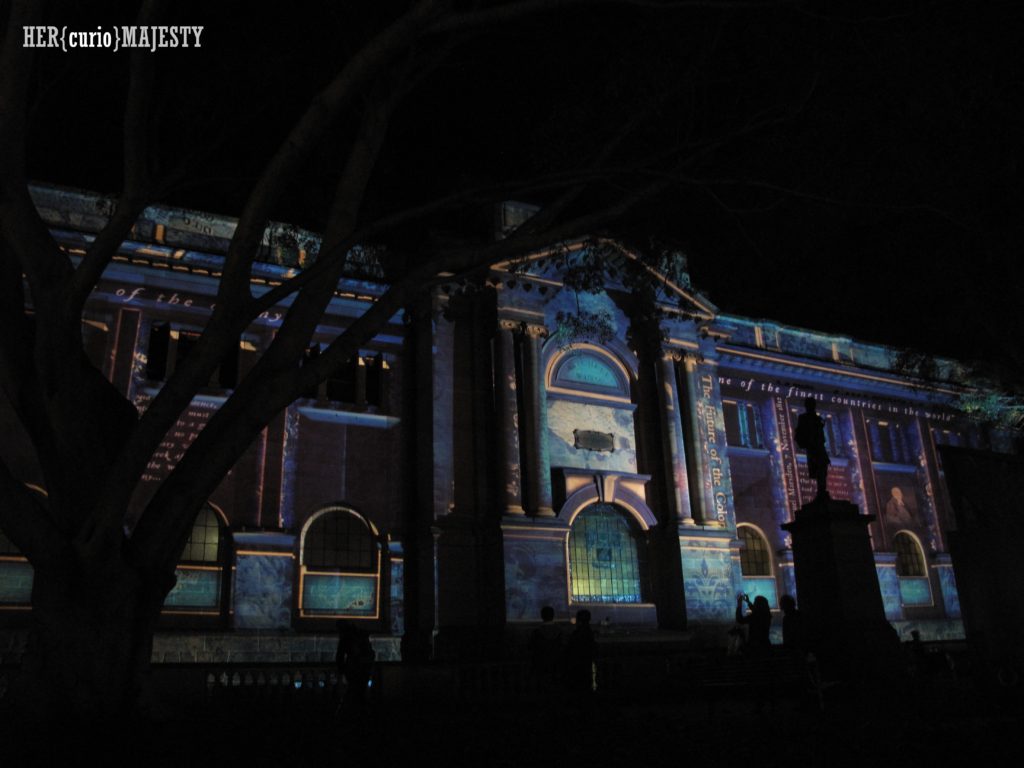 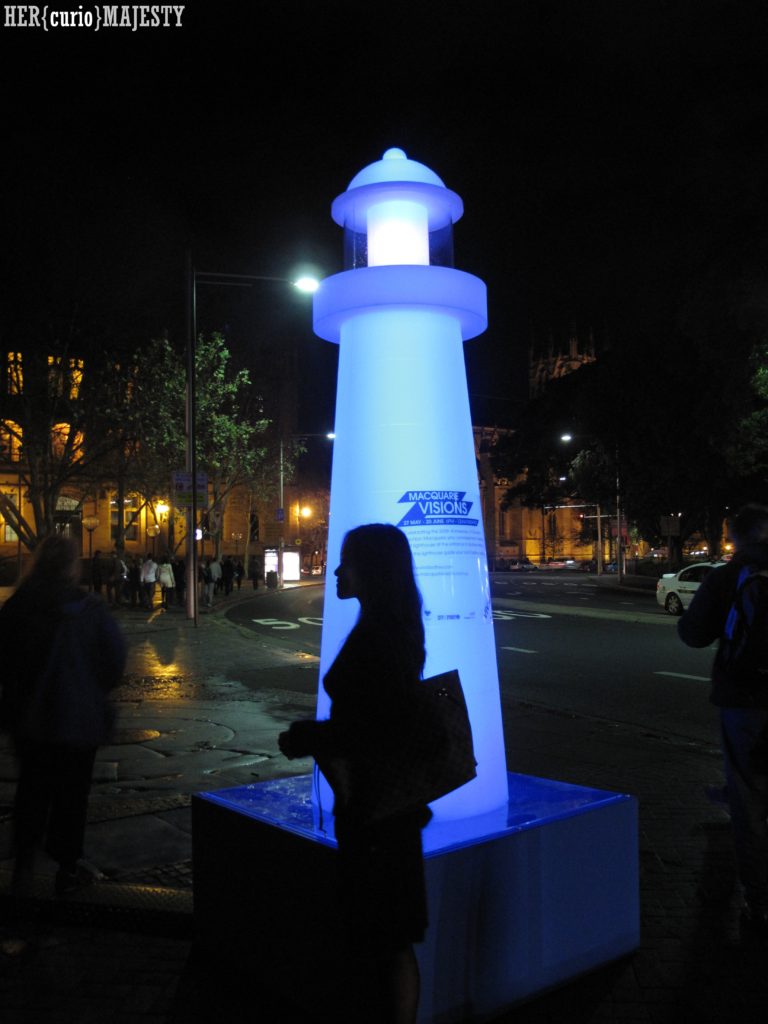 Light house was the theme for that year. 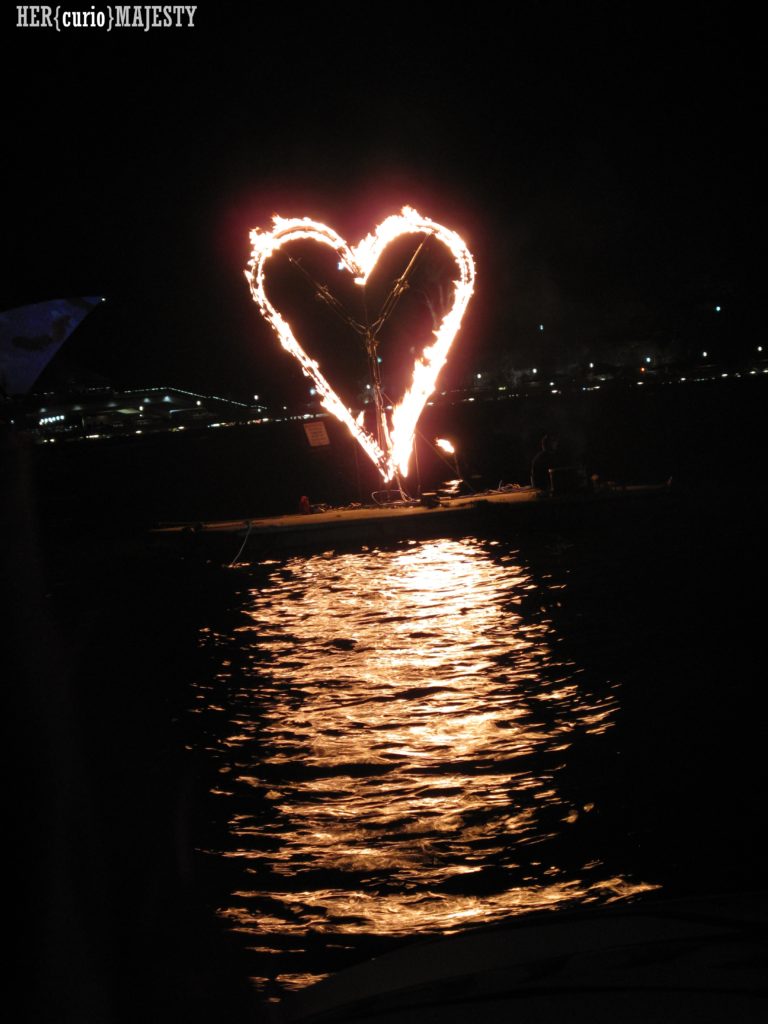 There are usually music and street performances in the Vivid Sydney program too. 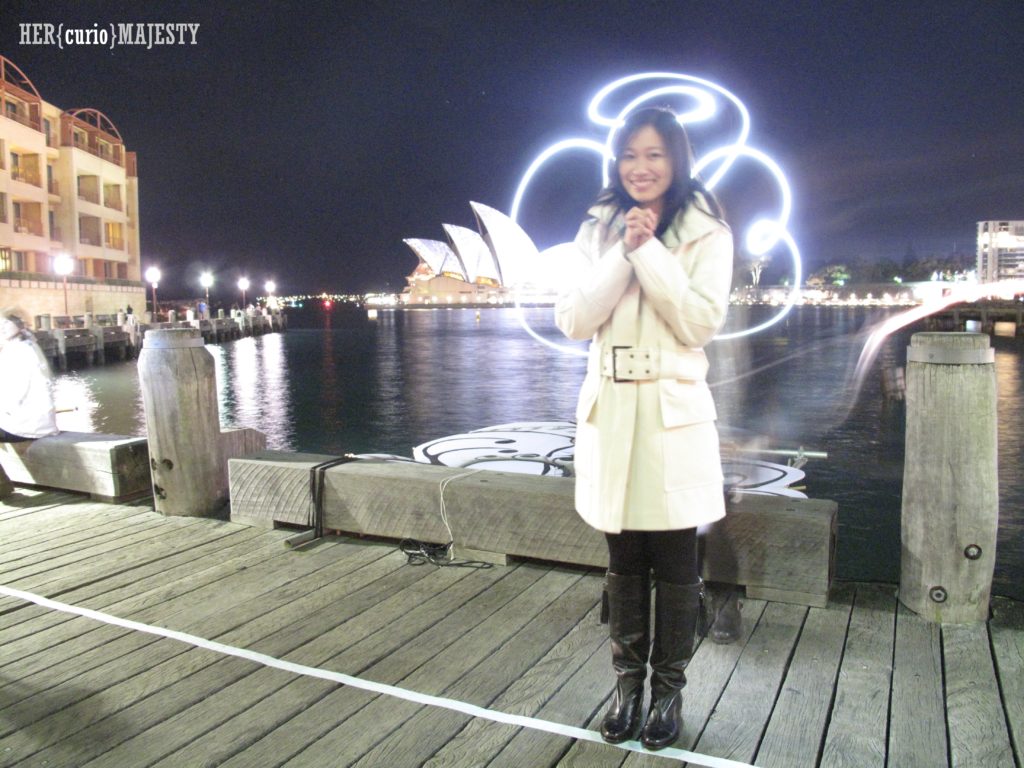 They handed out free torch that year, so we all had fun doing light paintings and making our own “Vivid Sydney” memories.

The trick to taking these light painting photos is to use a slow shutter on your camera, stand still, and ask your friend to draw in the air with a torch (or a bright phone screen). A cheat is to turn on the fireworks mode in your compact camera, and you will get a similar result. 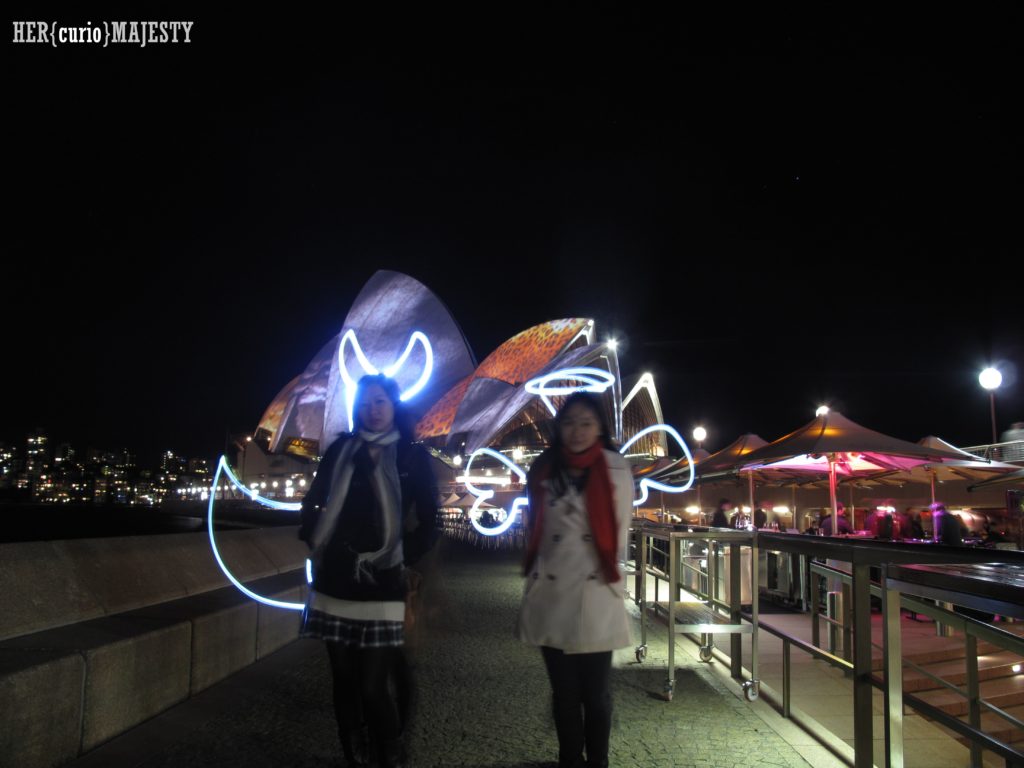 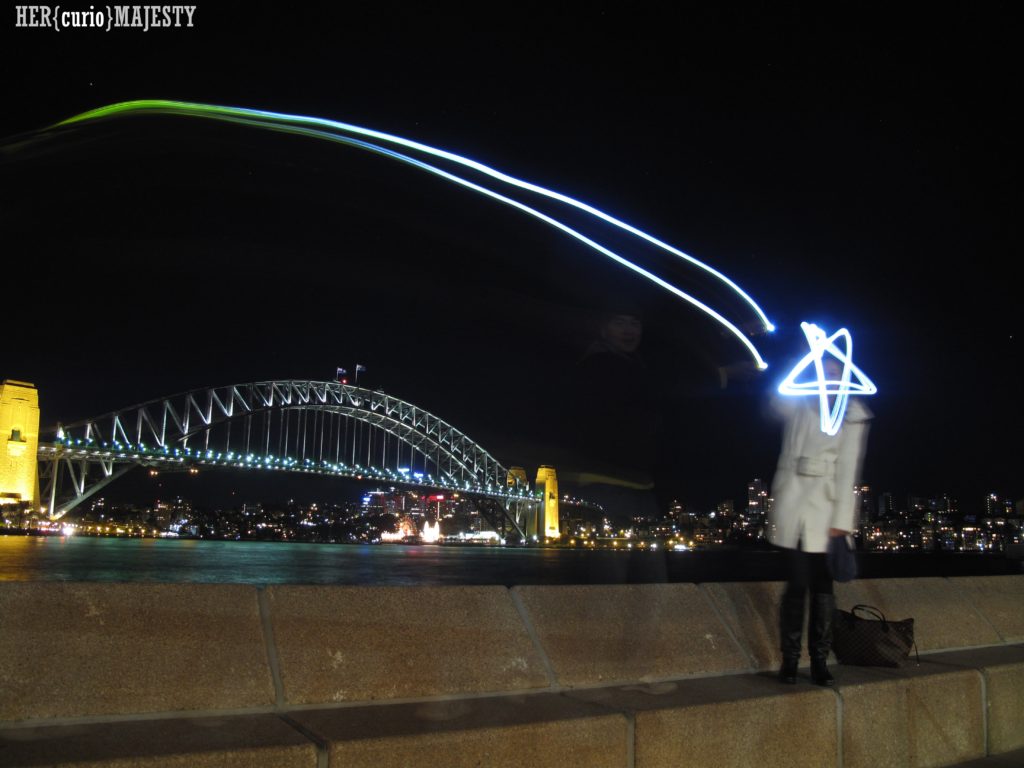 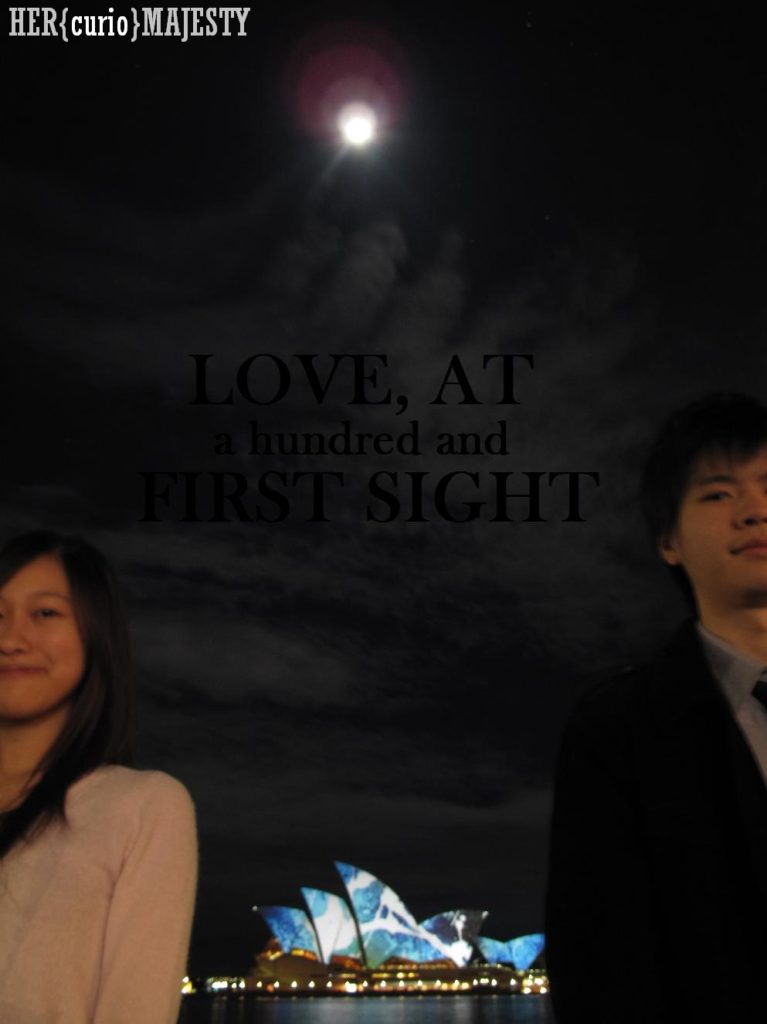 My caption for this artsy photo at the time was: “Love, at a-hundred-and-first sight“.