Sydney is spoilt with choices when it comes to Korean food. Cafe Cya is another long-standing Korean restaurants in Sydney’s Koreantown. Jen introduced this place to me, and said that nothing much has changed since she first step foot in here 10 years ago.

What I love: The sofa.

Will I come back: Maybe. 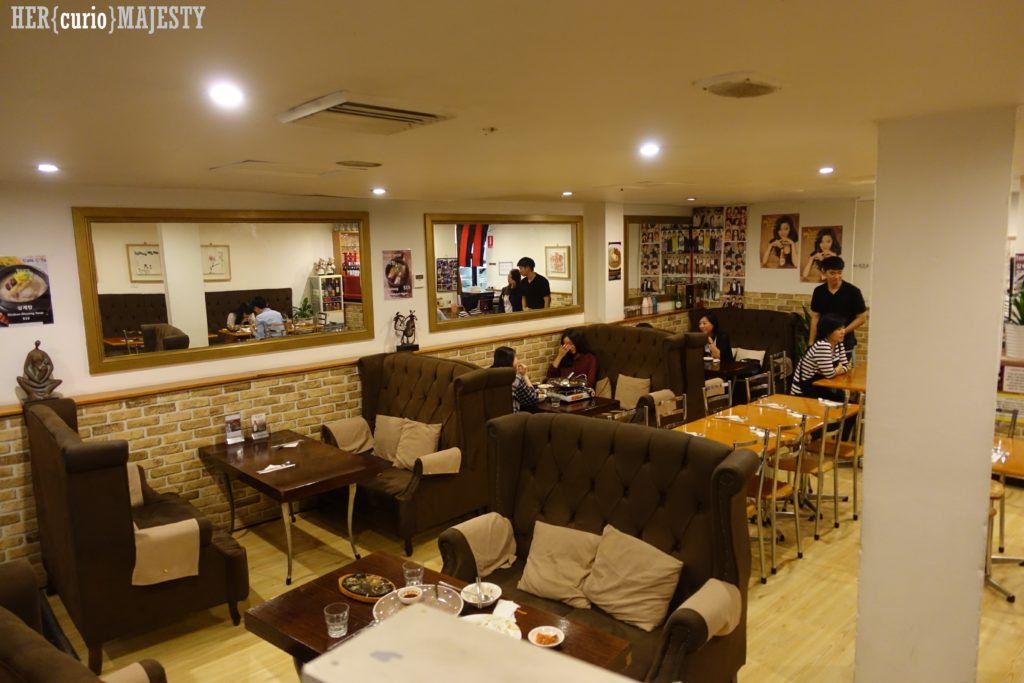 What I like most about Cafe Cya is their cozy sofa and the cafe atmosphere. It’s also not as stinky (the smell of BBQ) as most Korean restaurants because they don’t do tabletop BBQ. All BBQ items are cooked in the kitchen and brought to your table. 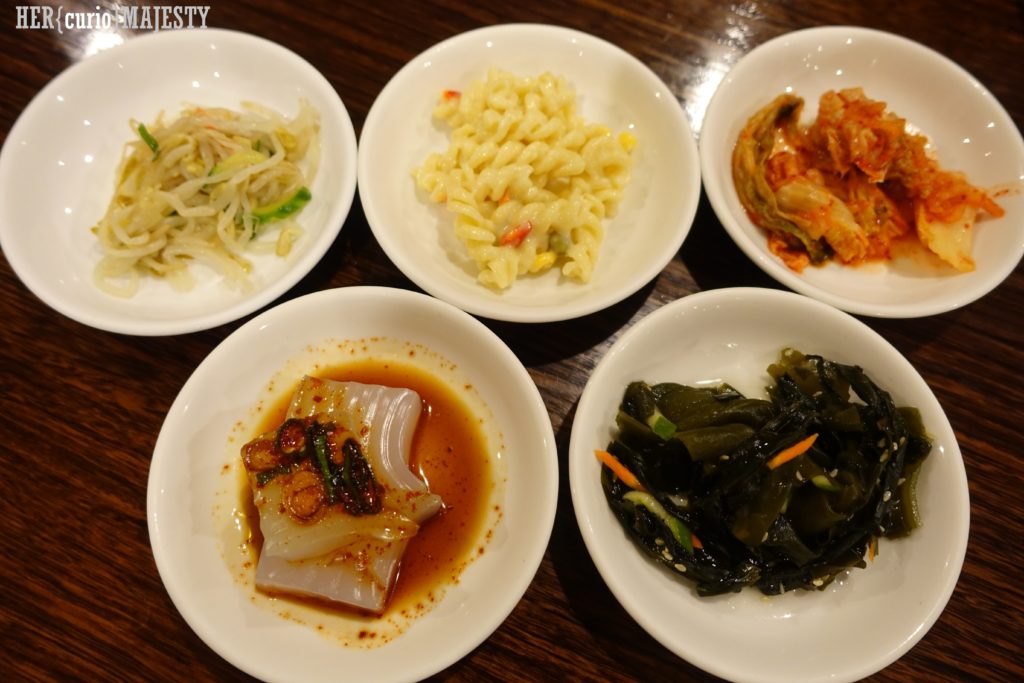 The side dishes. All can be refilled upon request (although it takes some effort to establish eye contact with them). 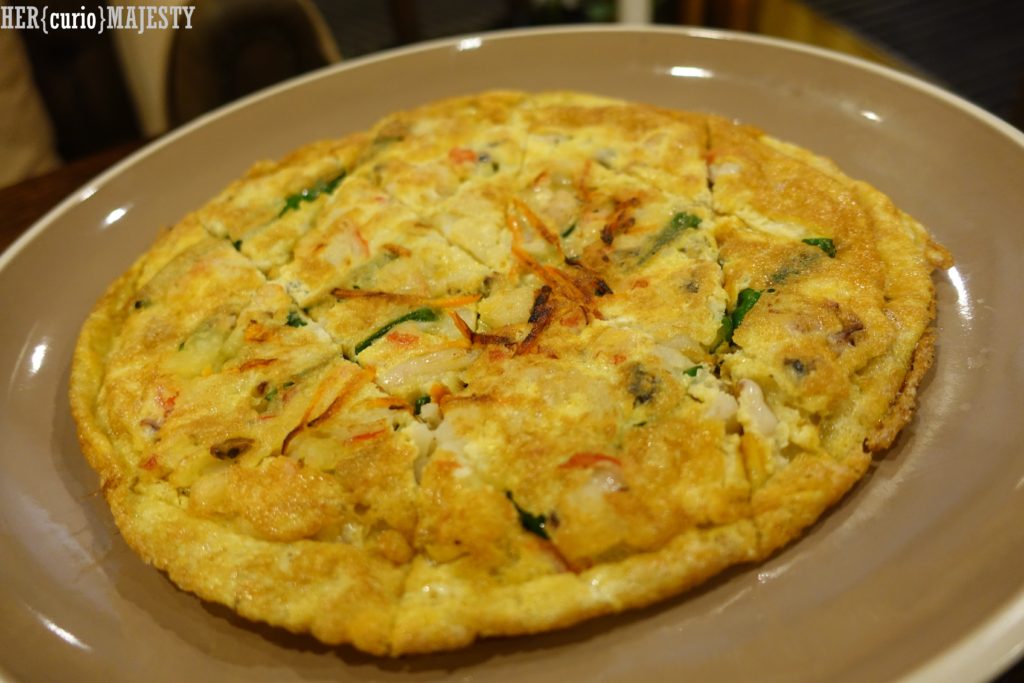 Hae Mul Pa Jun (pan-fried seafood and spring onions with soy sauce), $15. Even though it still doesn’t compete with Madang’s seafood pancake, it is one of the better ones in Sydney. In terms of texture, it’s fluffier but not as crispy as Madang‘s. 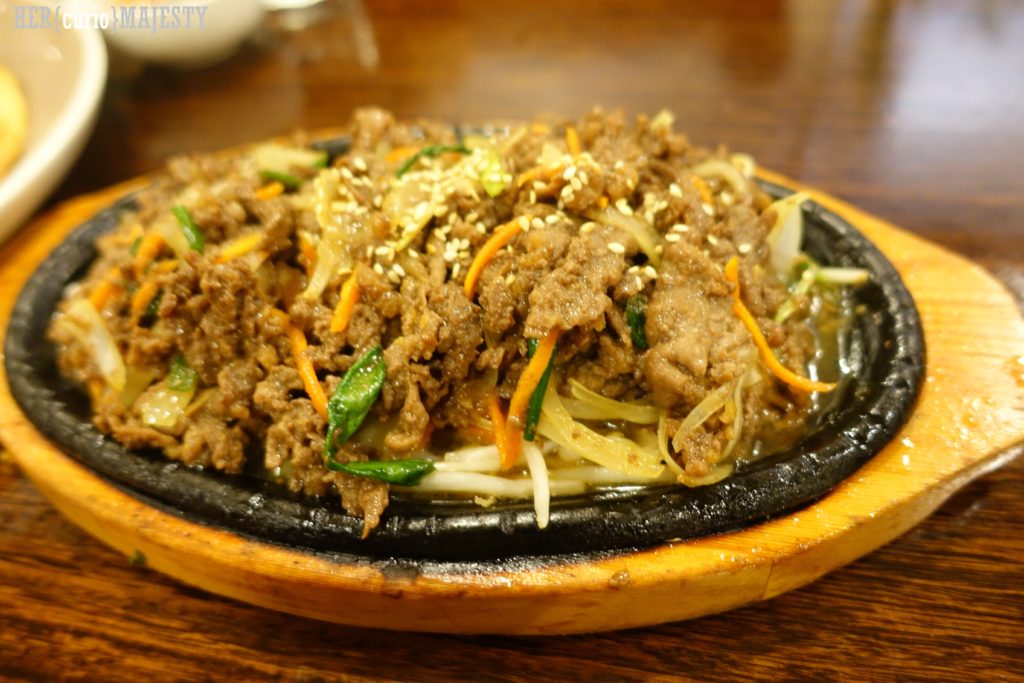 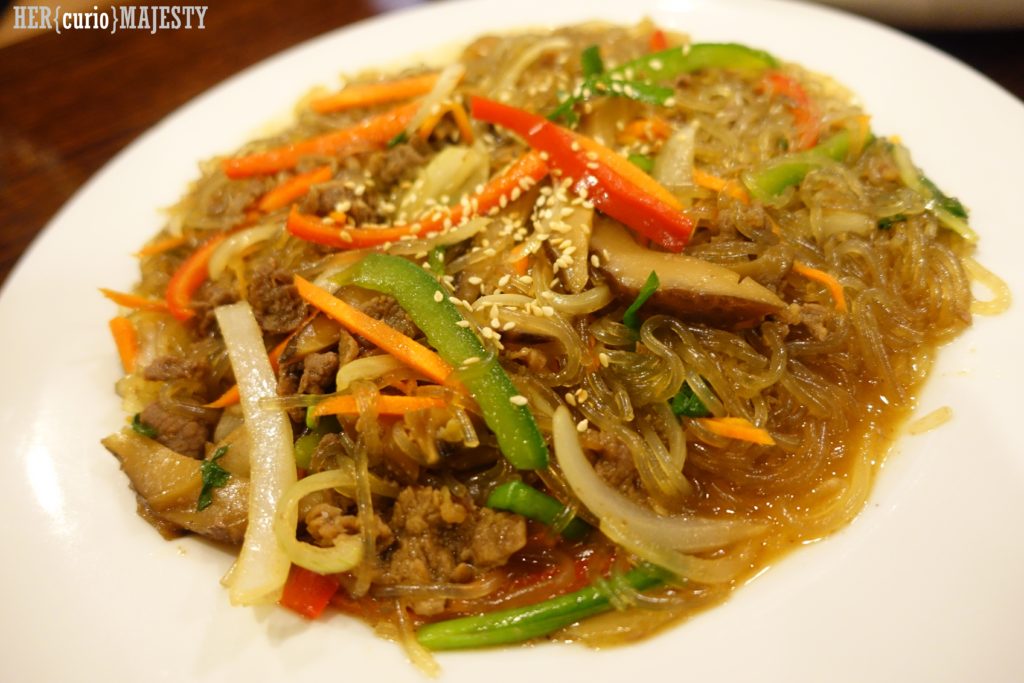 Jap chae (sauteed beef julienne and potato noodles with vege), $14. The flavours were there but the noodles were too wet for my liking. Also, after a few bites we realised it tasted strikingly similar to the flavouring of the bul go gi. I would recommend ordering something else if you have already ordered the bul go gi. 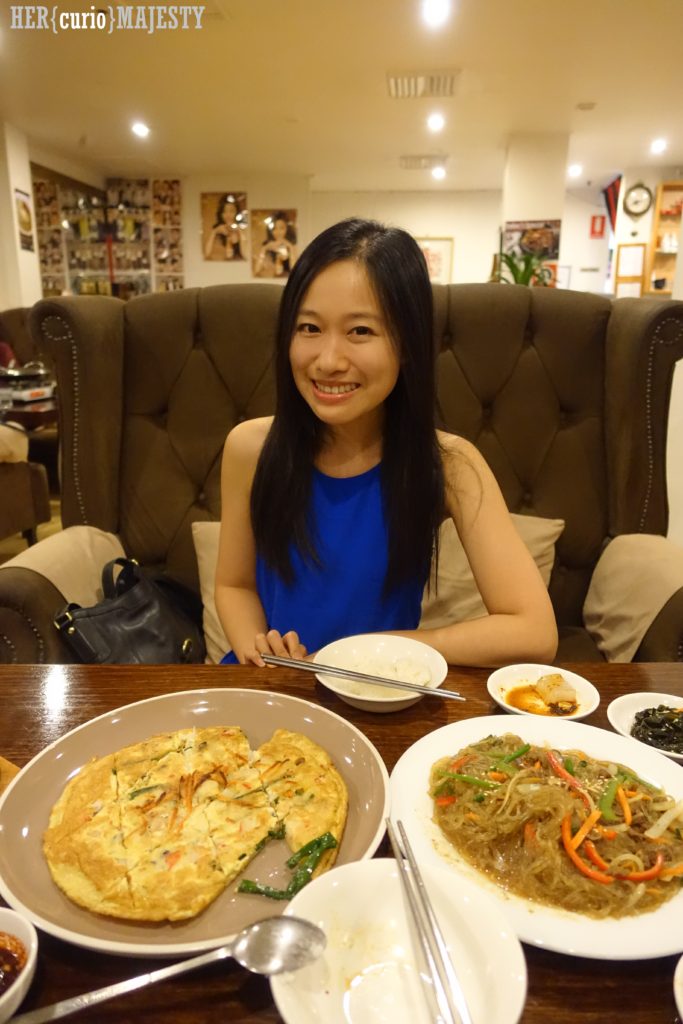 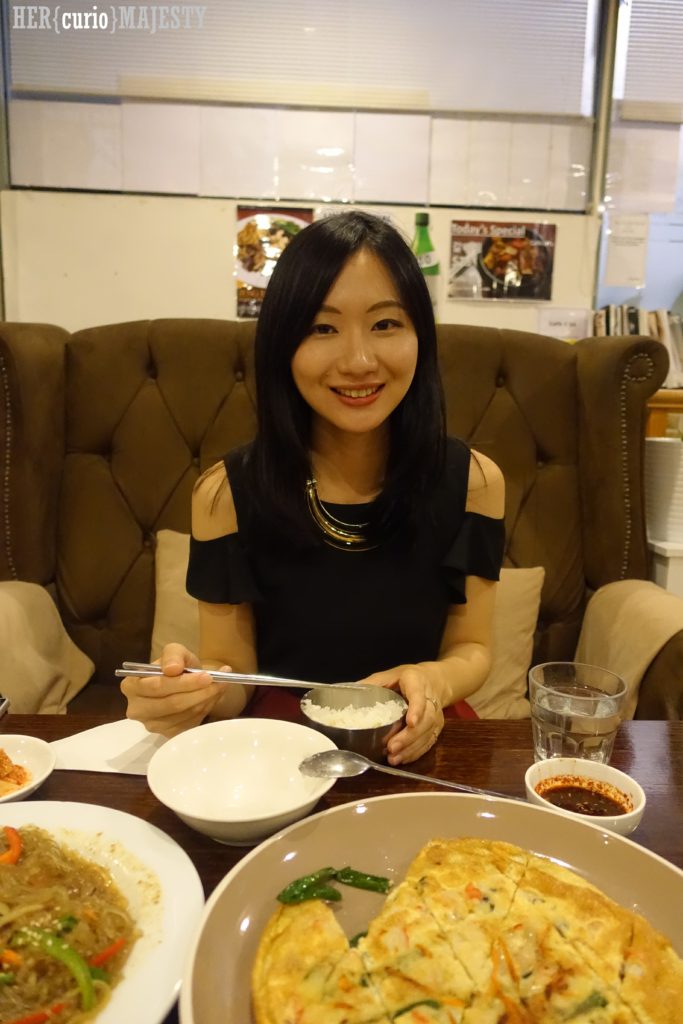 And oops we ordered too much. We had to pack most of the japchae back. 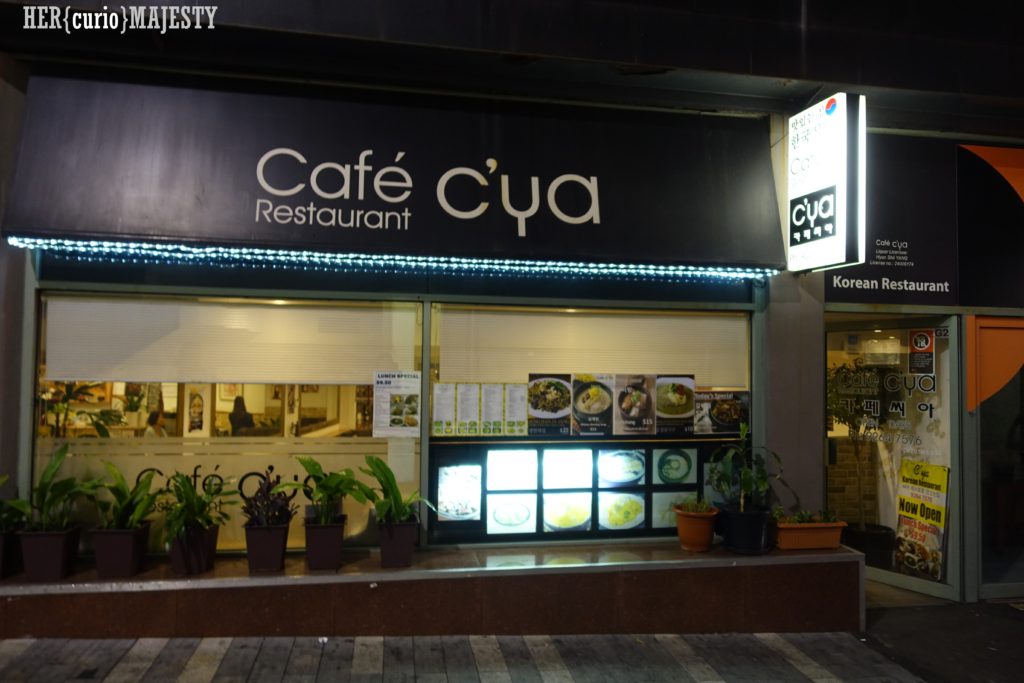 It can be a little tricky to find because even though its official address says it’s on George Street, it’s actually more located in an alleyway called Central Street, connecting and perpendicular to George Street and Pitt Street. Take the turn at the Metro Theatre and look out for the white illuminated sign that says “C’ya”.