Undoubtedly the most anticipated restaurant opening of 2015 and the talk of the foodie and Asian community – Tim Ho Wan, the cheapest Michelin-starred restaurant has set up shop in Chatswood (woot!). It is one of the three planned openings in Sydney, with another two set to open in Sydney and Burwood in 2015.

I’m just going to jump straight to my conclusion: Tim Ho Wan indeed brought with it a few exotic items that we had never seen in the Sydney yum cha scene before. The execution of the dumplings is exquisite. Unfortunately, the menu is rather limited and the prices is quite steep compared to other yum chas in town and considering the portion of the dishes (of course, still the cheapest amongst its Michelin-starred peers).

I would recommend coming in a bigger group to share the dishes and the bill. Despite the high item prices, we came in a group of six, tried most dishes on the menu and paid only $24 each.

What I love: The BBQ pork buns.

Will I come back: Maybe. 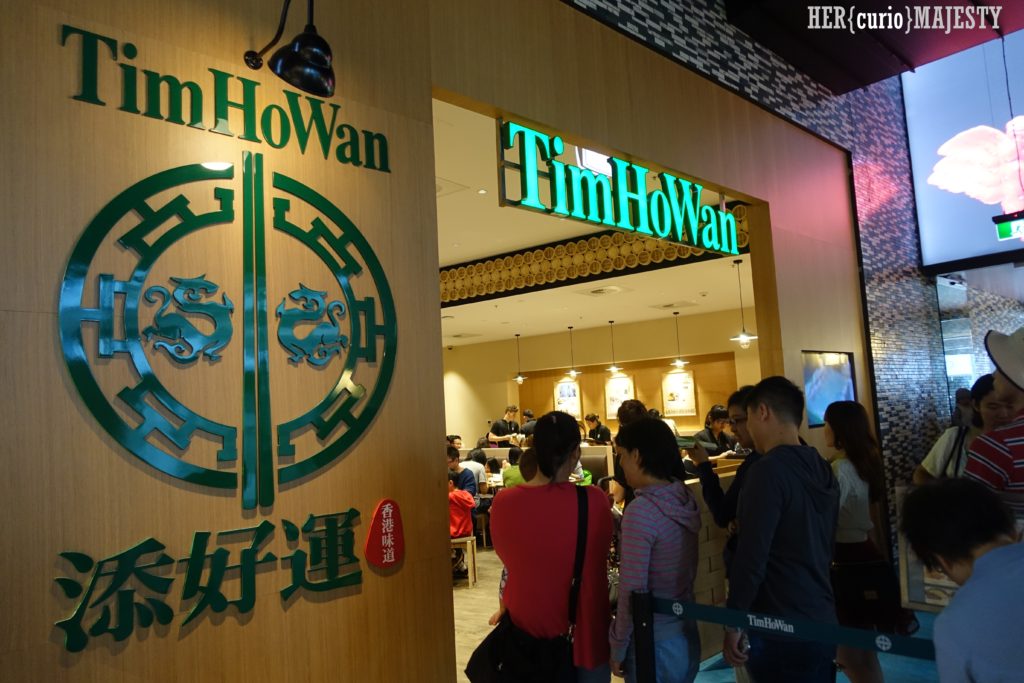 Thanks to my friends who went early to line up, we managed to dine at Tim Ho Wan on the third day of its grand opening. The fit-out of the restaurant is very modest and the restaurant itself is a lot smaller than I had imagined.

The queue can be discouragingly long. However, the good thing about Tim Ho Wan is it offers all-day yum cha, so you don’t necessarily have to come at a certain time to get your dumpling-fix. We started eating at around 6pm and had yum cha for dinner. 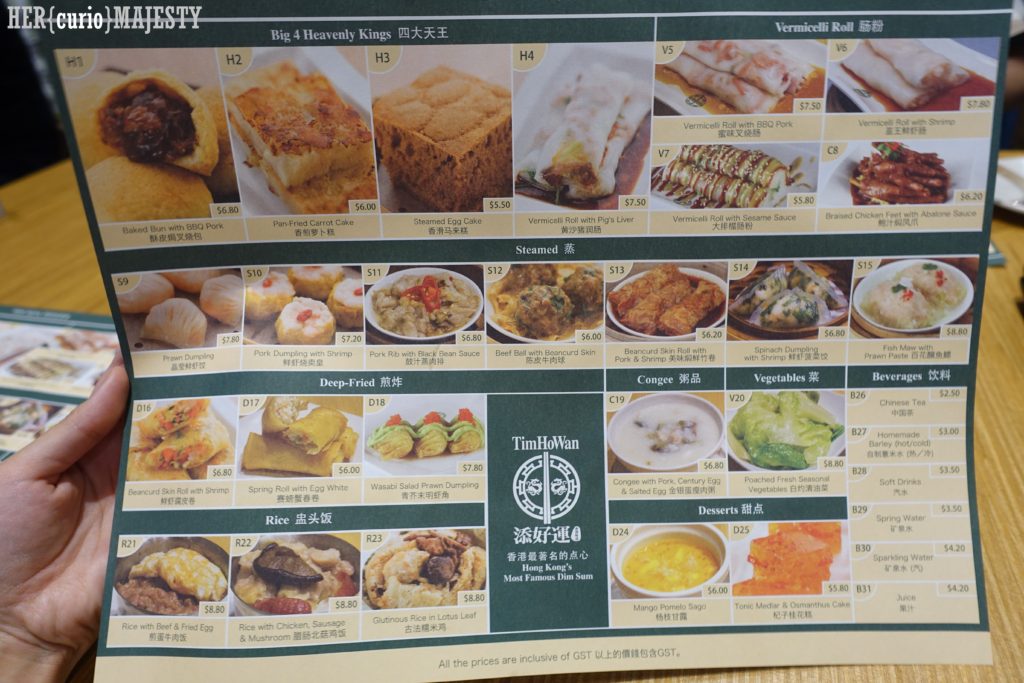 The menu, with 23 savoury dishes and 2 sweet dishes.

I have never been to the original Tim Ho Wan in Hong Kong, but from the online reviews that I’ve read, the Hong Kong restaurant has 27 savoury dishes and 4 sweet dishes. 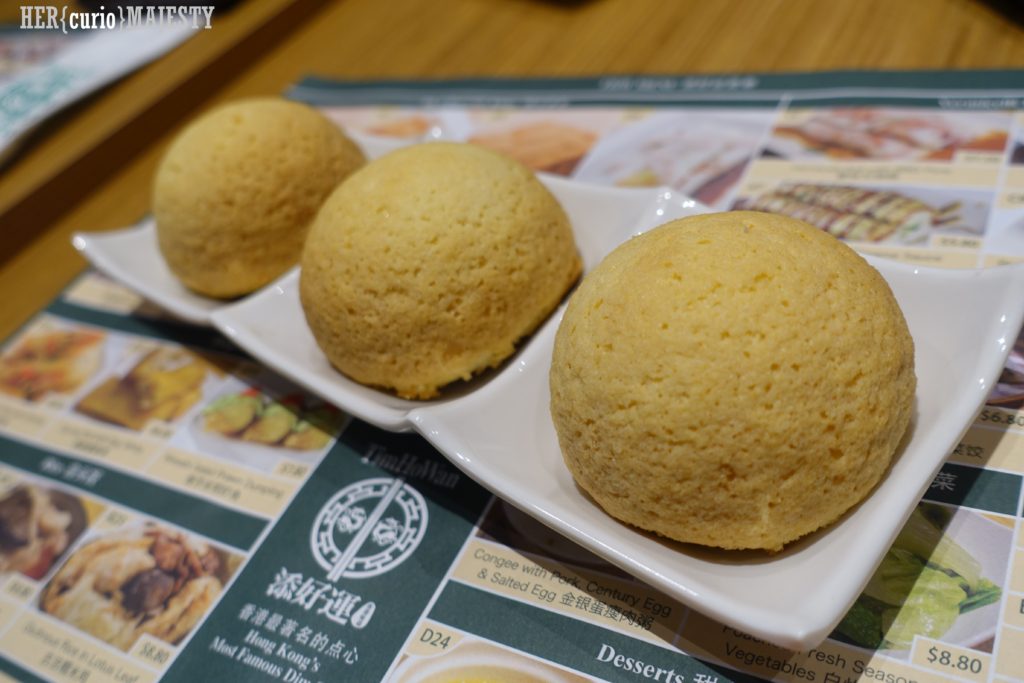 Baked Bun with BBQ Pork, $6.80 (3 buns). This is the first of the “Big Four Heavenly Kings” (i.e. the chef’s recommended dishes) featured on the menu.

BBQ pork buns are a yum cha tradition that can be found in the steamed carts, and they are known for being white, fluffy and semi-sweet. Here, Tim Ho Wan revolutionalised the BBQ pork buns by baking them into these golden balls of wonder. 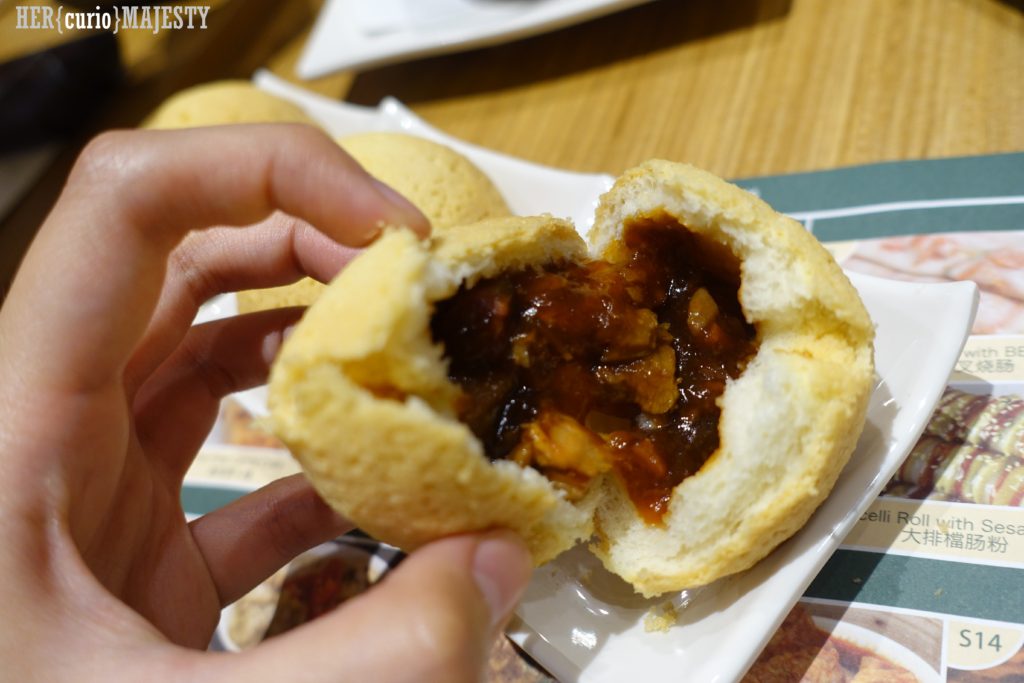 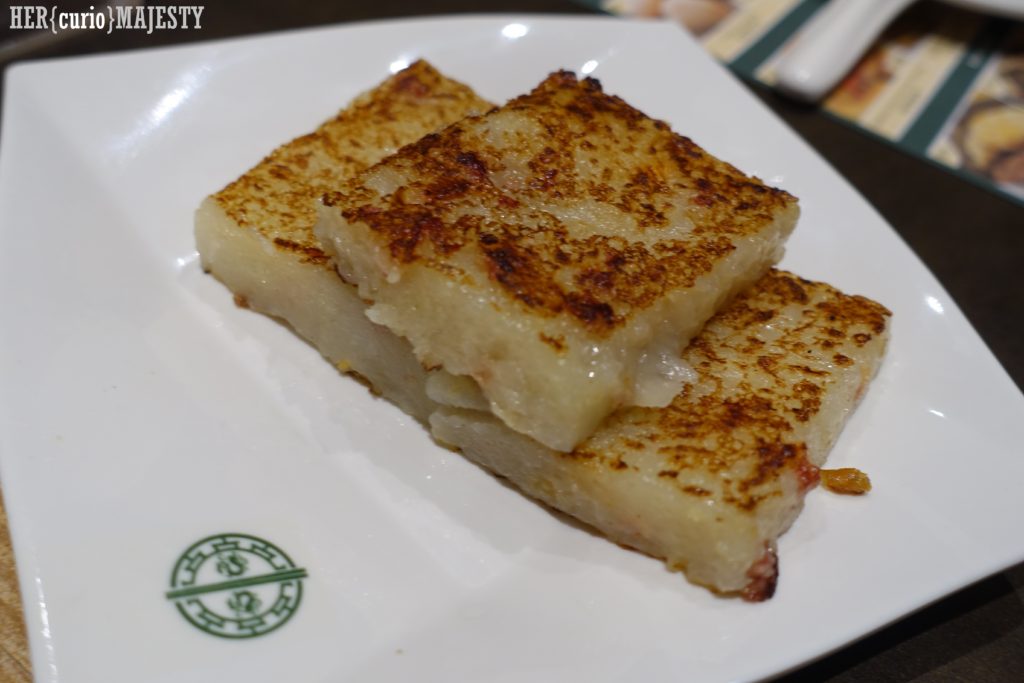 On a side note, it should really be named “radish cake” as opposed to “carrot cake” (the word for “carrot” and “radish” is the same in Chinese, we just add the colour in front of the word when we want to distinguish between carrots and radishes, hence the confusion).

Texture of the radish cake was incredibly soft – it literally melt in my mouth. This was the first time that I’d had a radish cake this soft (they are usually more solid), I personally prefer my radish cake with more texture so this was a nay for me. 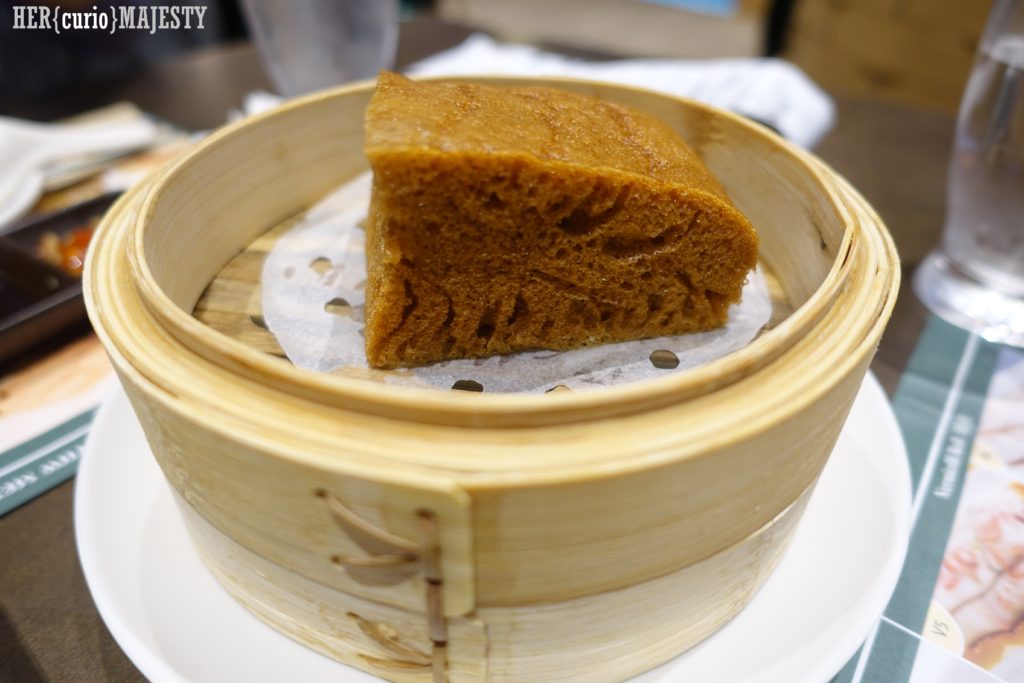 Steamed Egg Cake, $5.5. This is called “ma la gao” in Chinese. I was so happy when I saw this ranked as the third Heavenly King on the menu! Because even though this is a popular yum cha dish in Asia, very few restaurants in Sydney have it.

The fluffiness of the cake was impeccable, just the way it is supposed to be. Although this was admittedly an incredible steamed cake, unfortunately, it did not have the distinct “ma la gao” aroma that I was looking for. 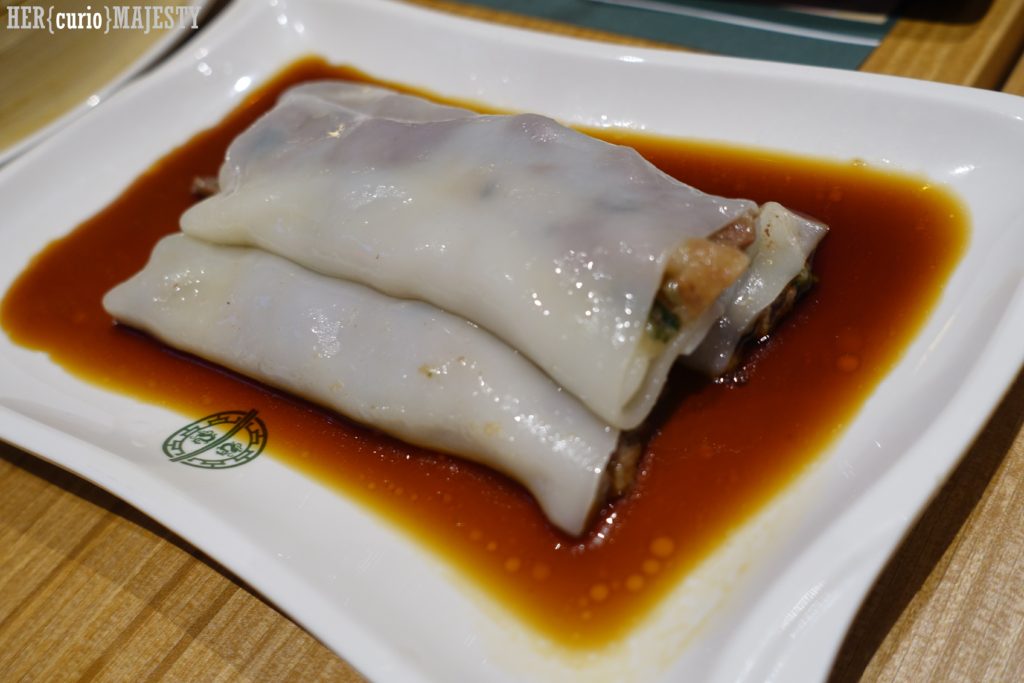 The vermicelli roll was smooth and silky, easily more delicate than other yum cha places in Sydney. They must have done a great job in cooking the pig’s liver as it only had a mild liver taste that I was fearful of. 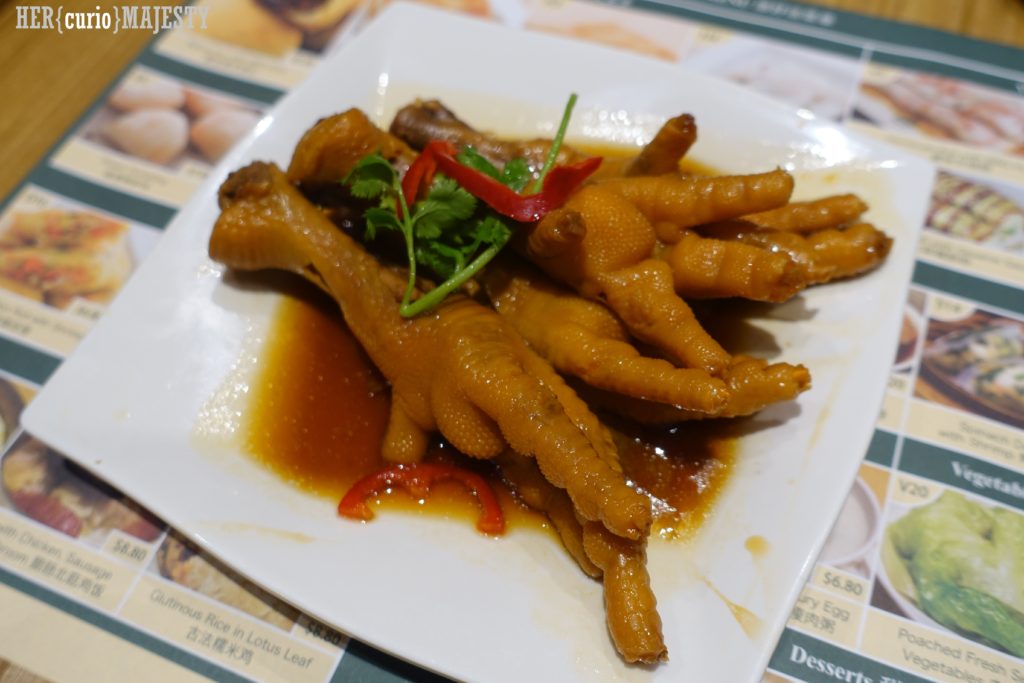 Braised Chicken Feet with Abalone Sauce, $6.2. The colour was quite light, yet the flavours were not compromised.

I, however, prefer my chicken feet softer than this. 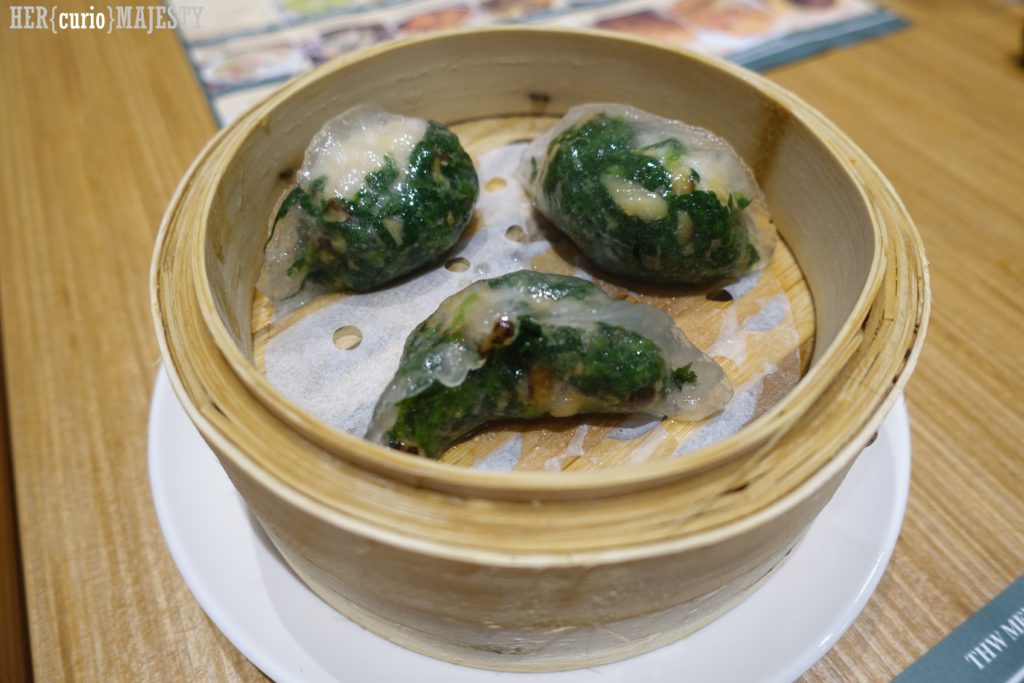 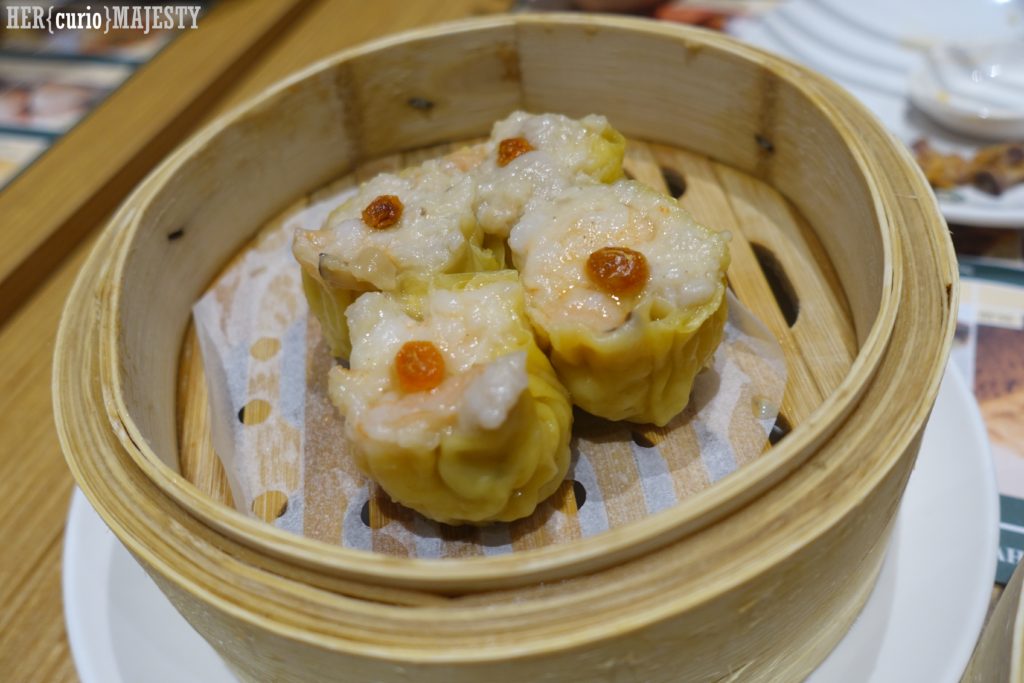 Pork Dumpling with Shrimp, $7.20 (4 pieces), rather pricey for a steamer of siu mai in a yum cha setting.

Definitely the best siu mai in town – it tasted fresh and not too oily. 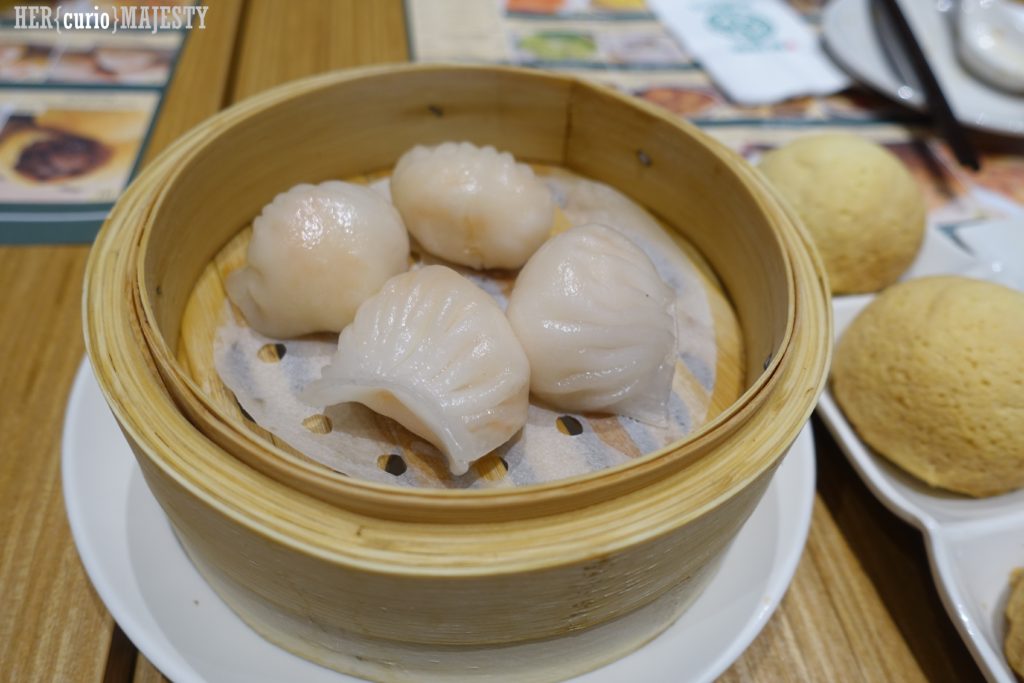 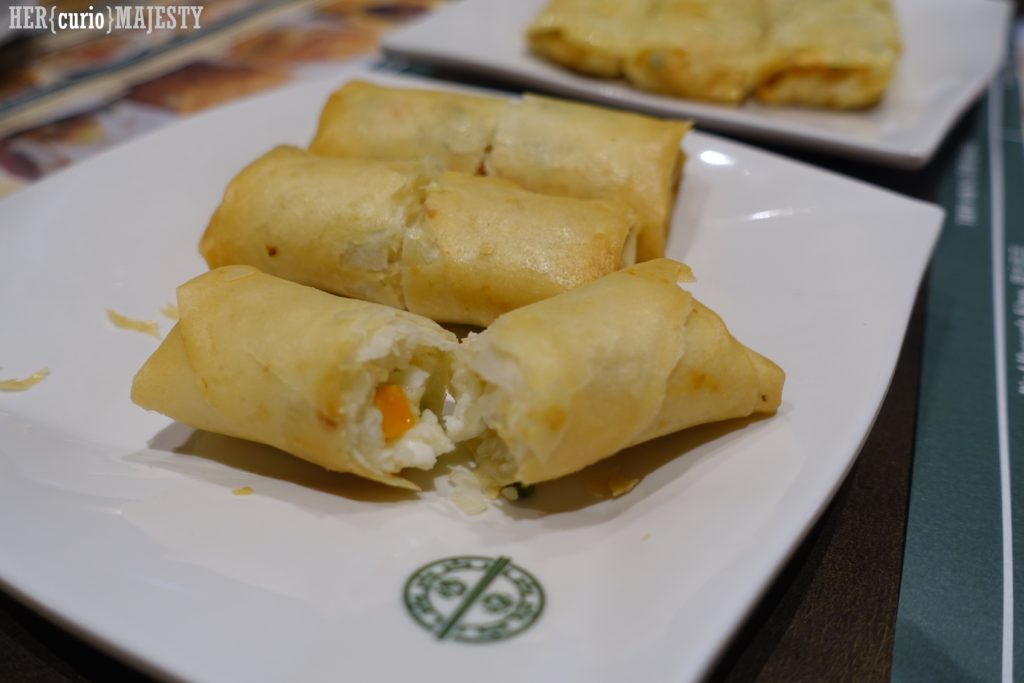 Spring Roll with Egg White, $6 (3 pieces). The Chinese name of this dish literally translates to “as good as crab meat” – cleverly, the egg white was cooked and flavoured in such a way that it tasted very much like crab meat. 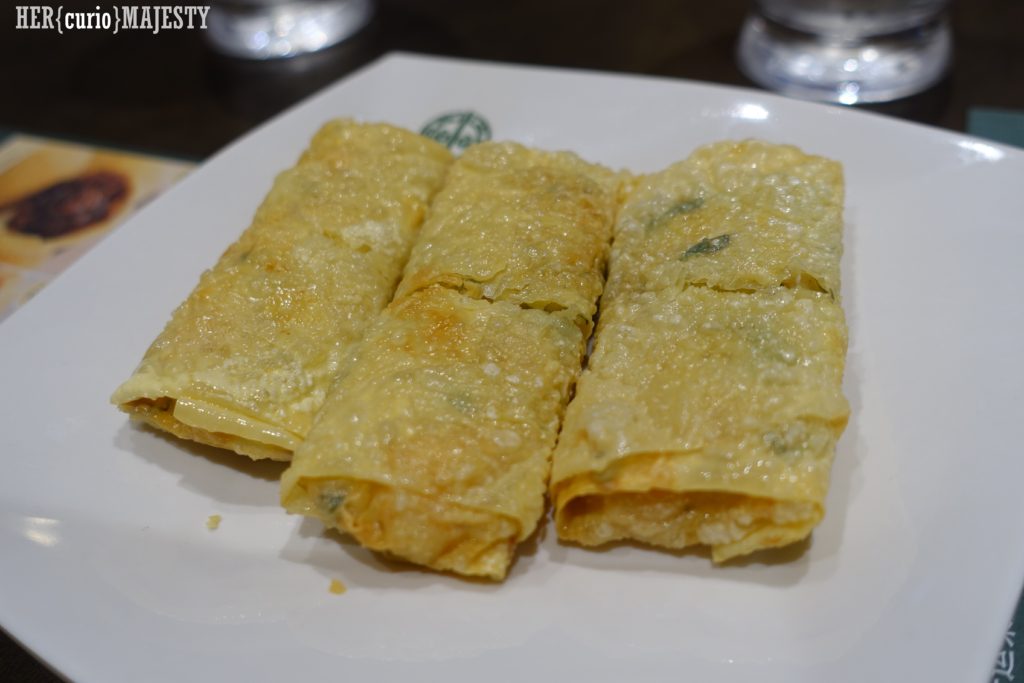 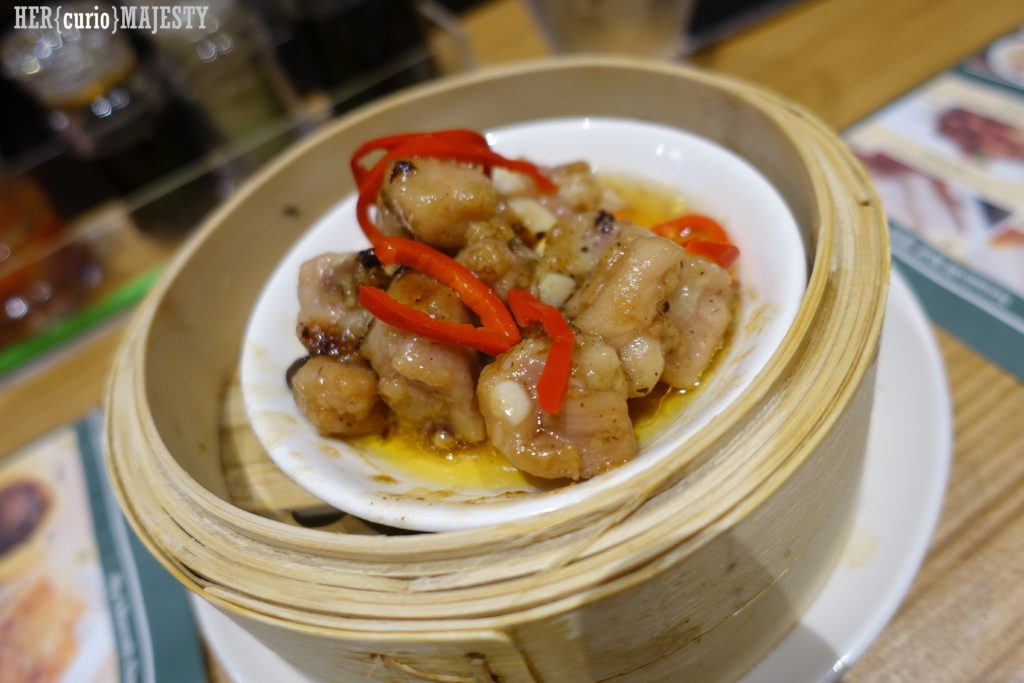 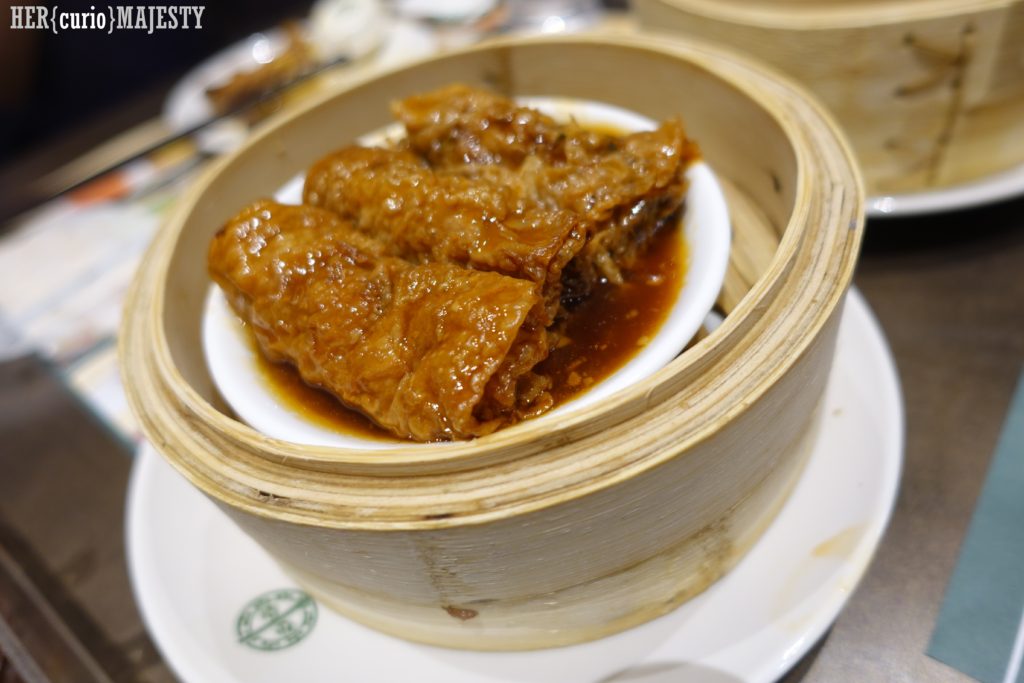 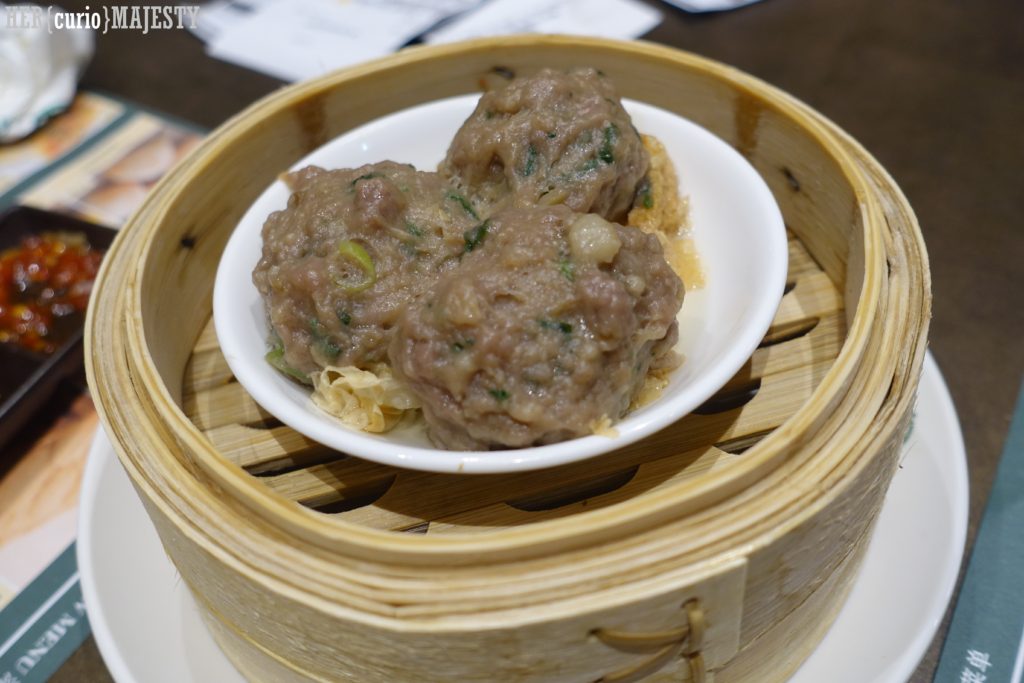 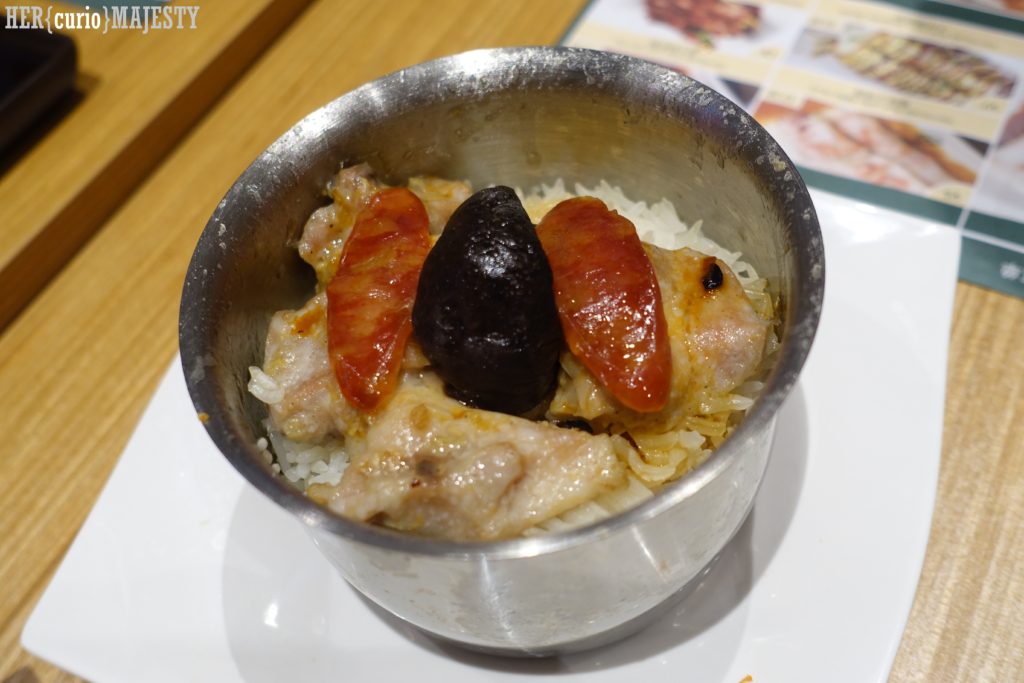 Rice with Chicken, Sausage & Mushroom, $8.80. The rice came in a very mhony tin. My friend from Guangzhou loved this, but I didn’t find it too special. 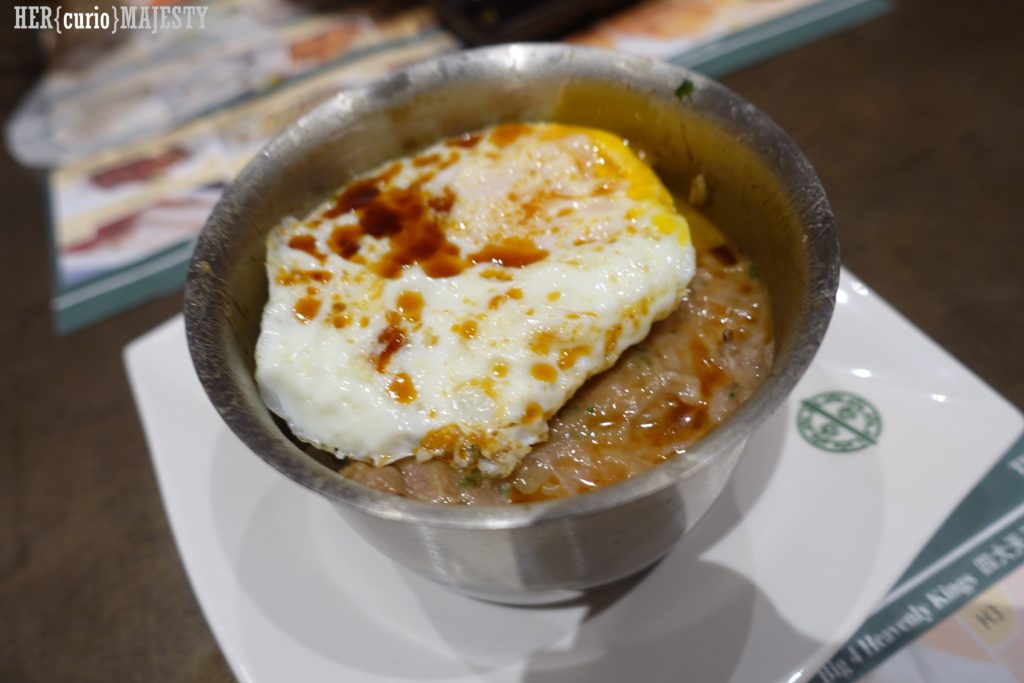 Rice with Beef & Fried Egg, $8.8. It looked amazing on the menu, but it was nothing to write home about. 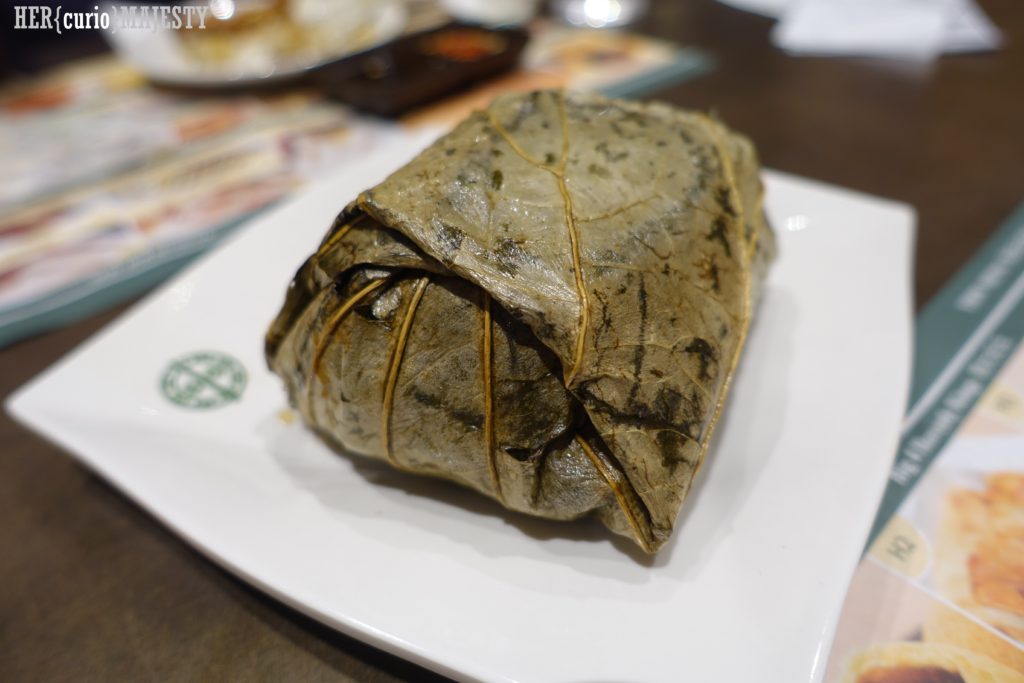 Glutinous Rice in Lotus Leaf, $8.8. The only dish that was in substantial in size. 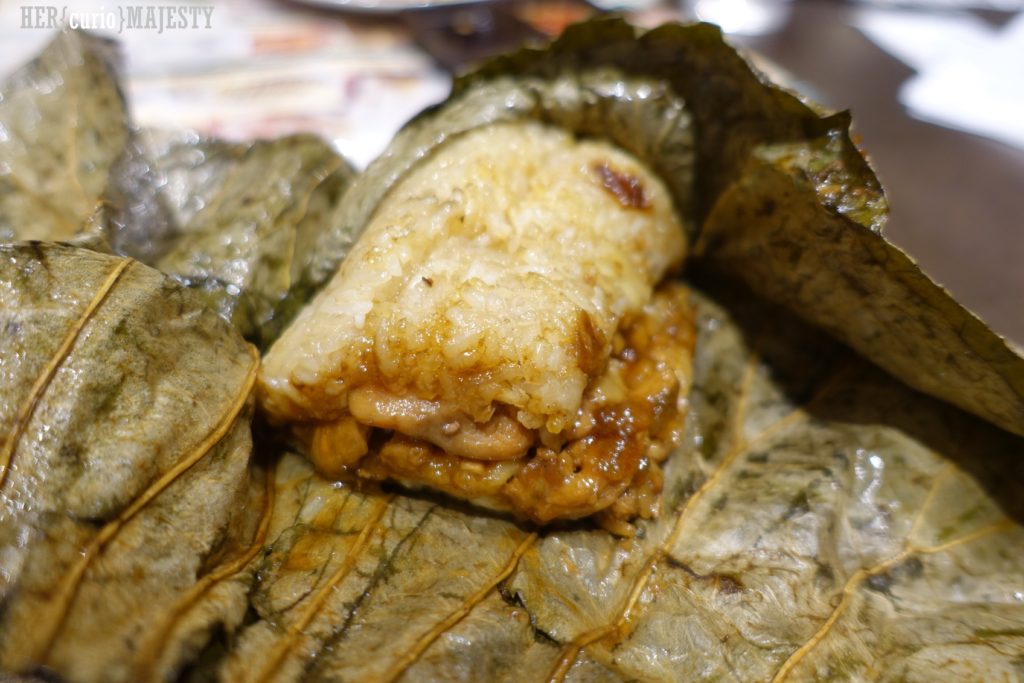 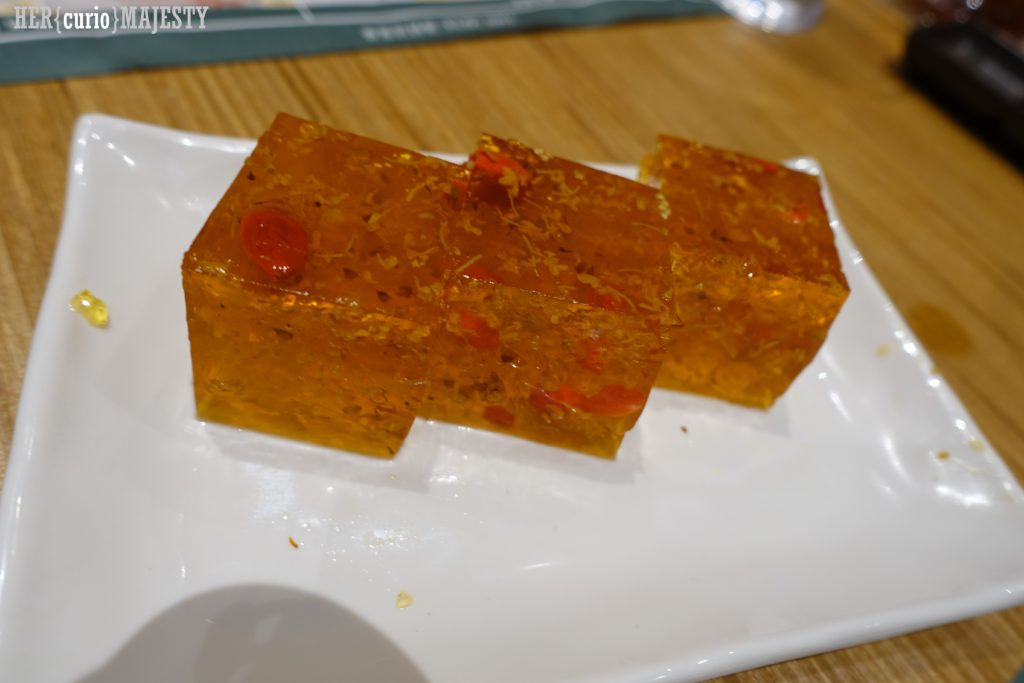 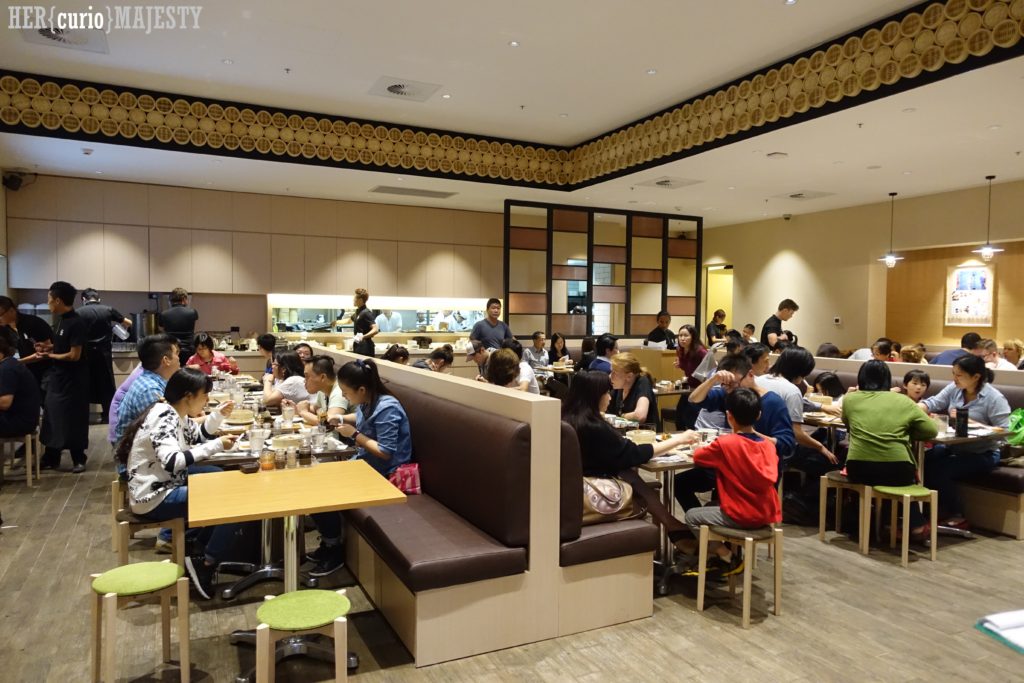 Overall, Tim Ho Wan Chatswood displays its fine accomplishment and capability in making good dim sum. It’s good yum cha, but it is not significantly superior than the other big yum cha restaurants in Sydney. I felt the fit-out looks overly cheap and resembles a low-grade Hong Kong tea restaurant (even though the original TimHoWan in Hong Kong is a shabby place, it’s different because the Hong Kong restaurant signifies and oozes history whereas a new restaurant being fitted out this way is a bit of a shame in my opinion).