Mikey took me to the Madison’s Mountain Retreat on our 6th year anniversary for an open day during the National Alpaca Week.

What? Yes, there’s a such thing known as the National Alpaca Week, dedicated to these cute, fluffy and silly-looking creatures! 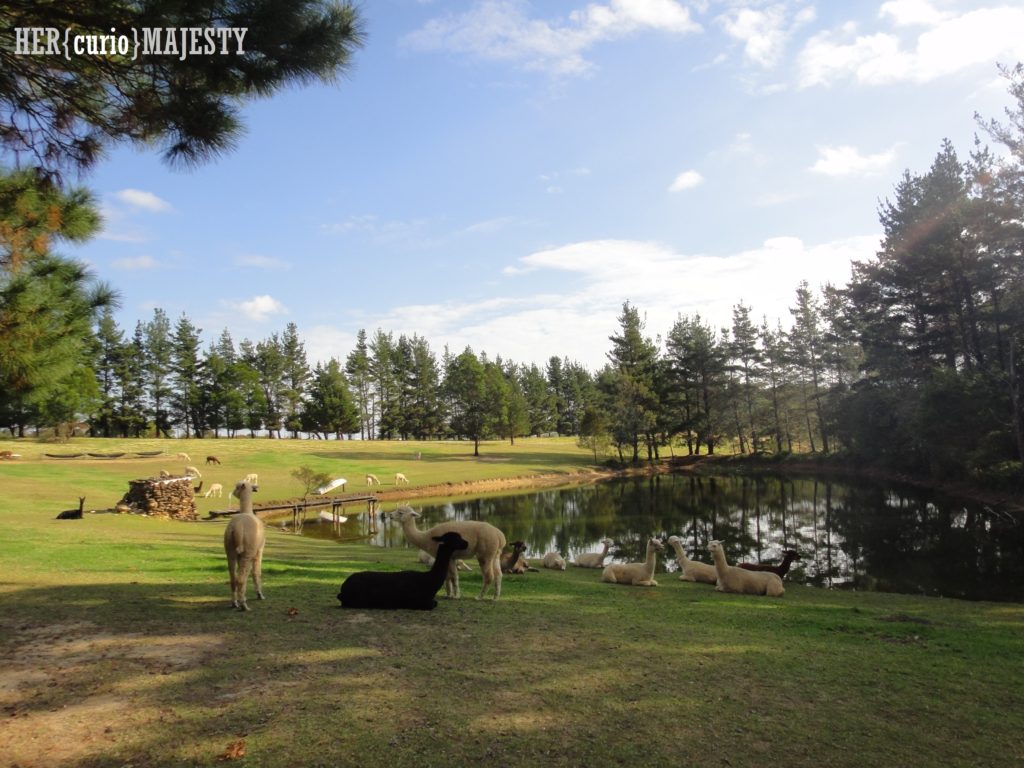 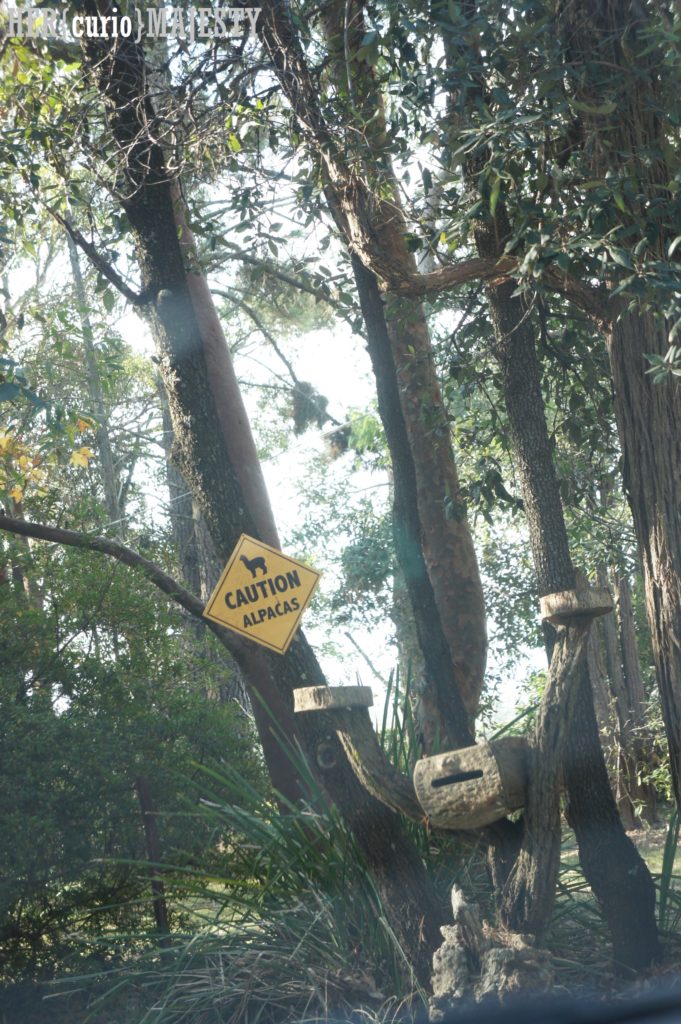 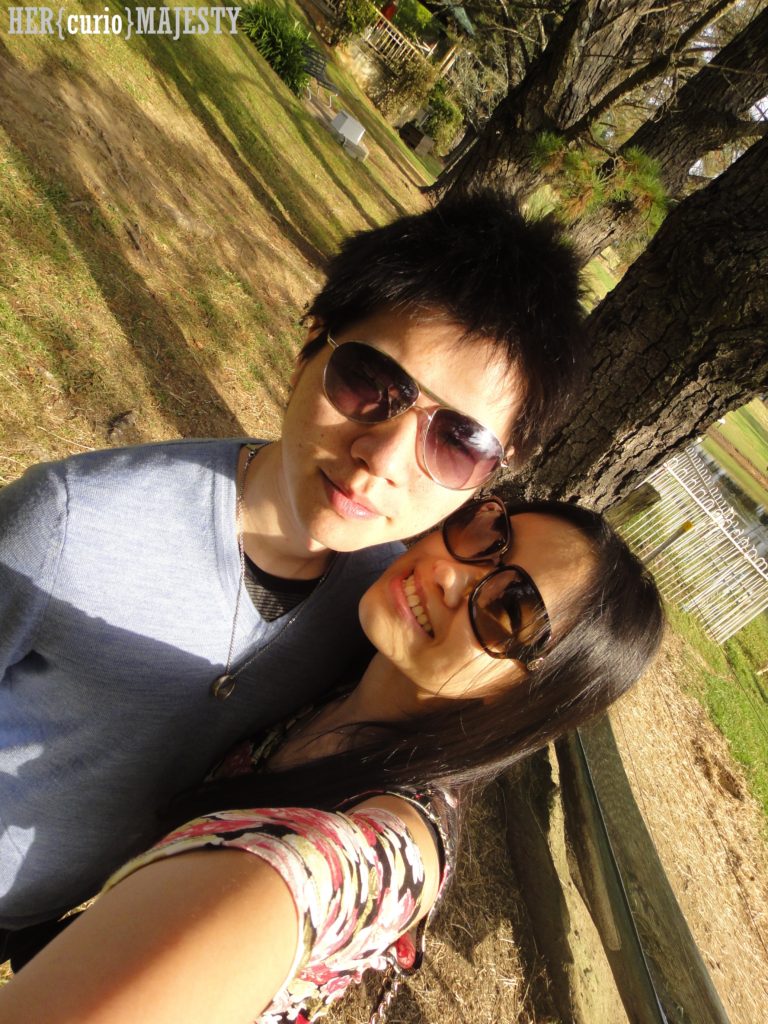 Lots of alpaca farms participated in the National Alpaca Farm, but we picked the Madison’s Mountain Retreat for our alpaca rendezvous since it’s not far from Sydney. It’s a four-star peaceful B&B farmstay in Kurrajong Heights, bordering the Blue Mountains. 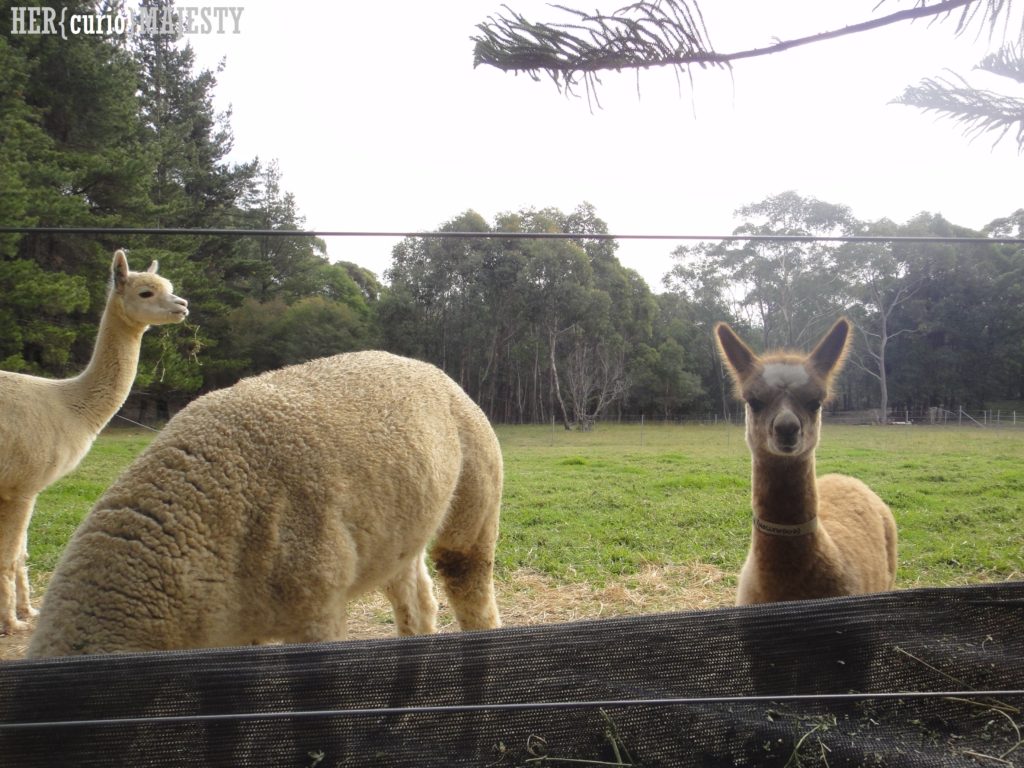 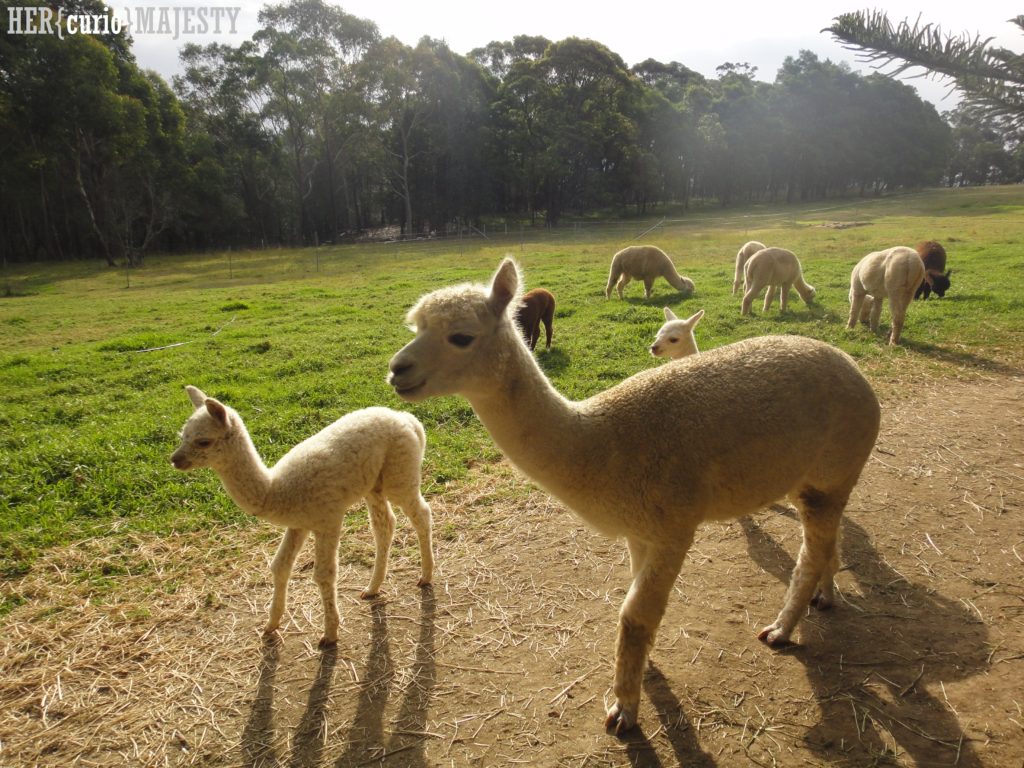 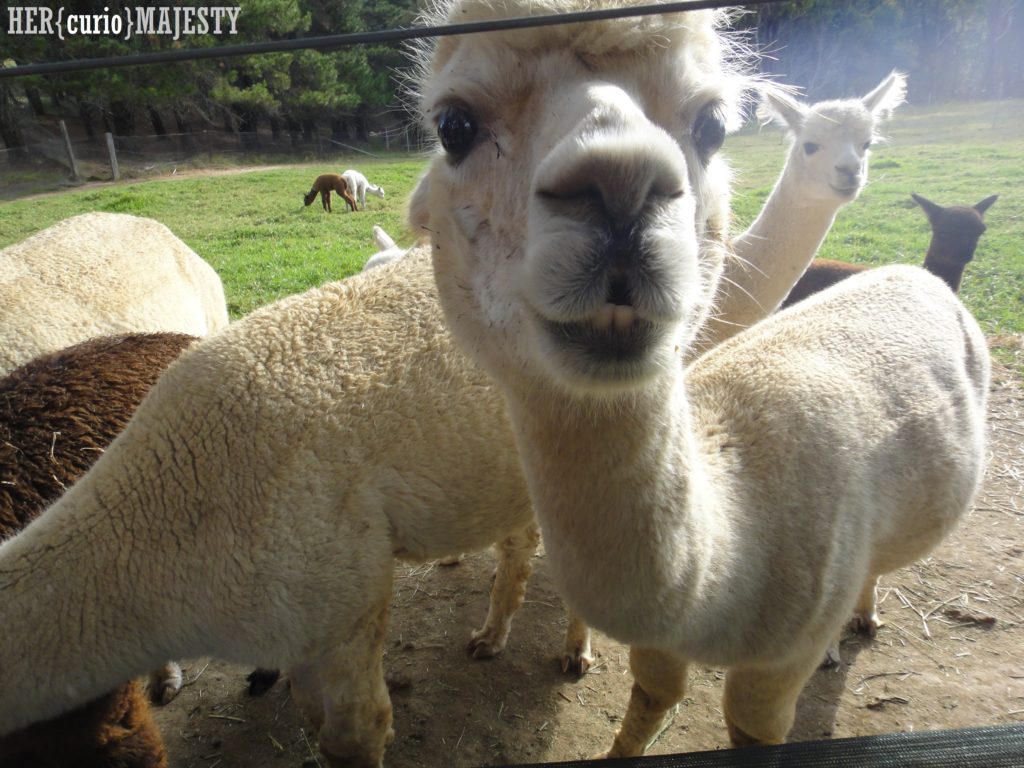 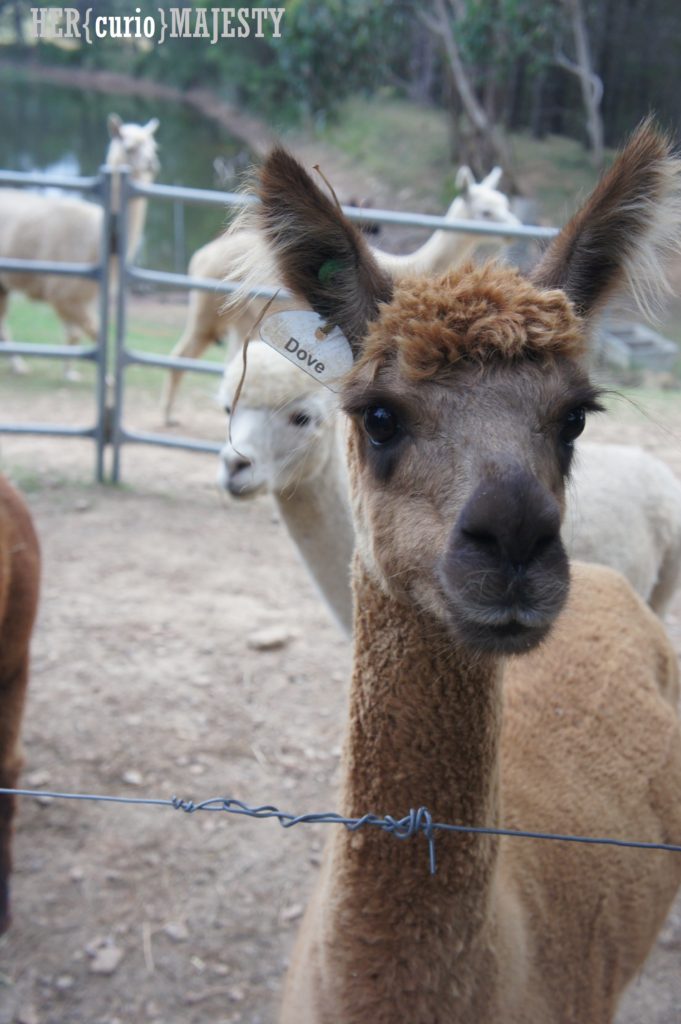 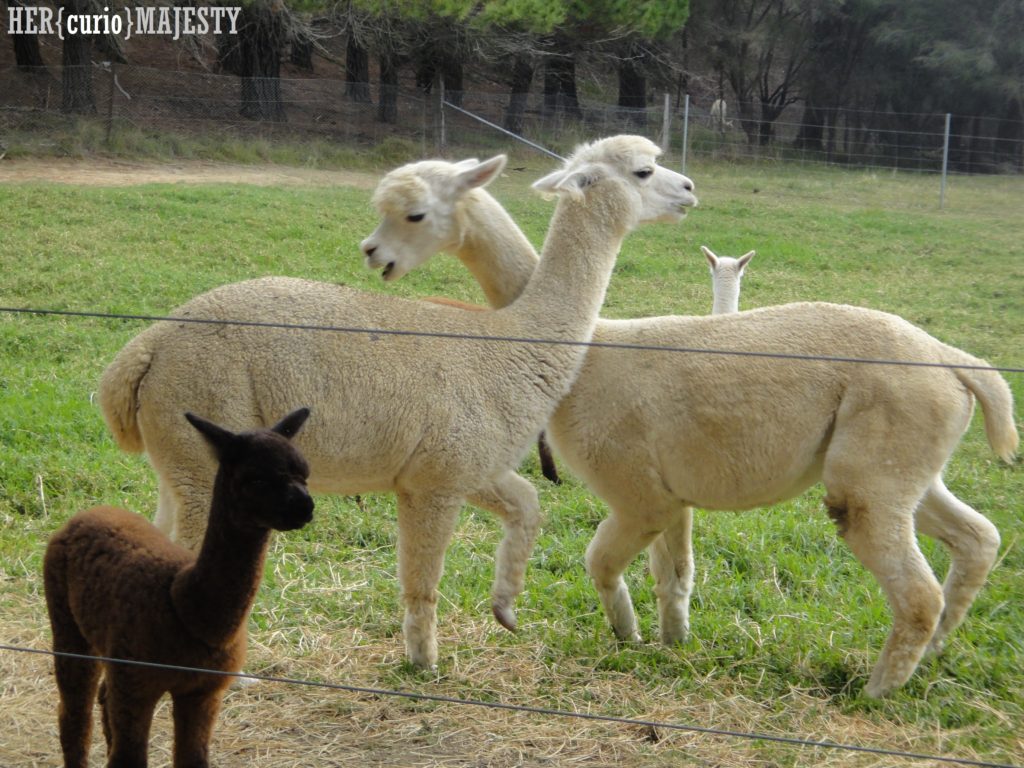 These alpacas, they suddenly made a noise and they locked necks! An alpaca duel! 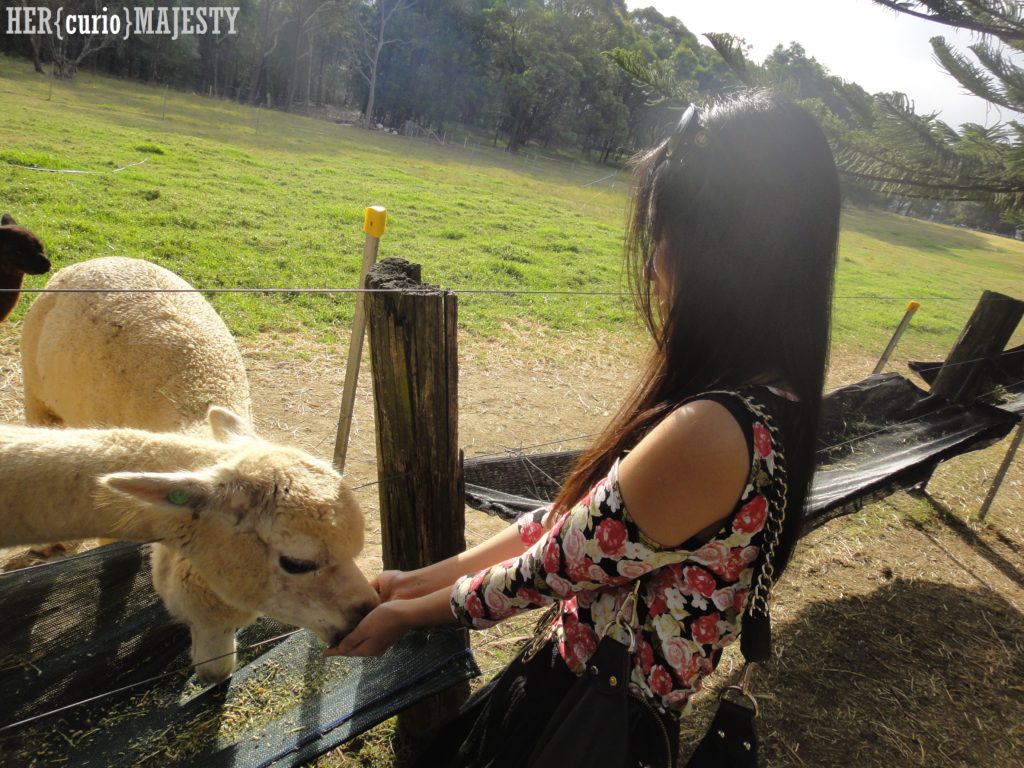 The farm people brought out alpaca’s food for us to feed them. They’re so friendly. AHHH it’s so fluffy, it’s so fluff-ey I’m gonna die.

As cute as they are, gotta be careful of their monstrous sneezes! Just as I stepped away from the barn, I saw one let out a huge sneeze completed with a huge spat of saliva and pieces of wet straws. Yikes. 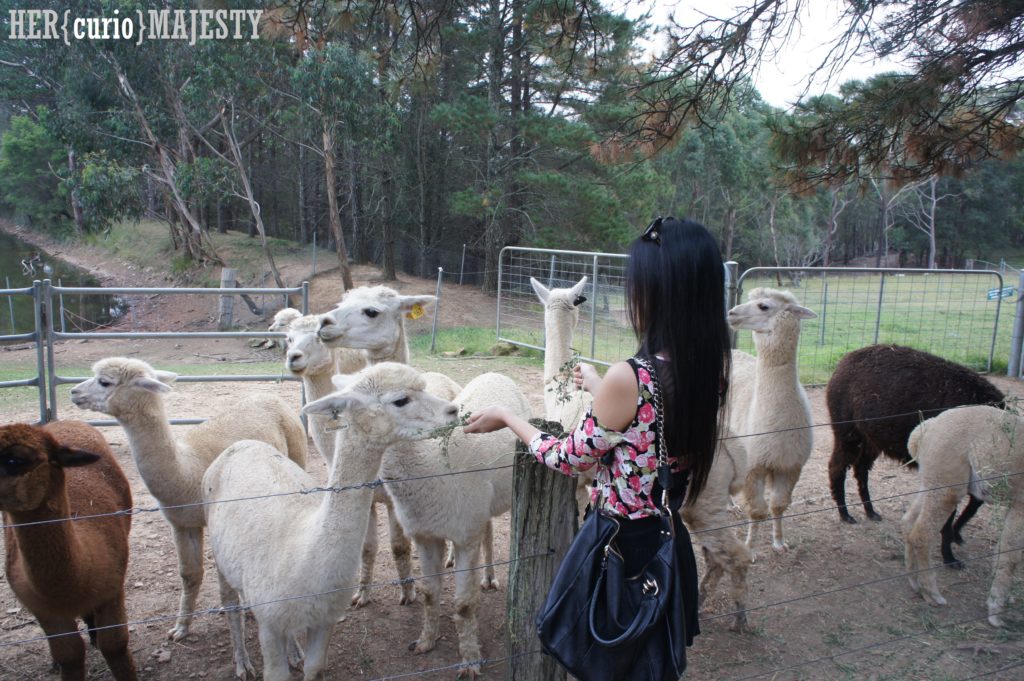 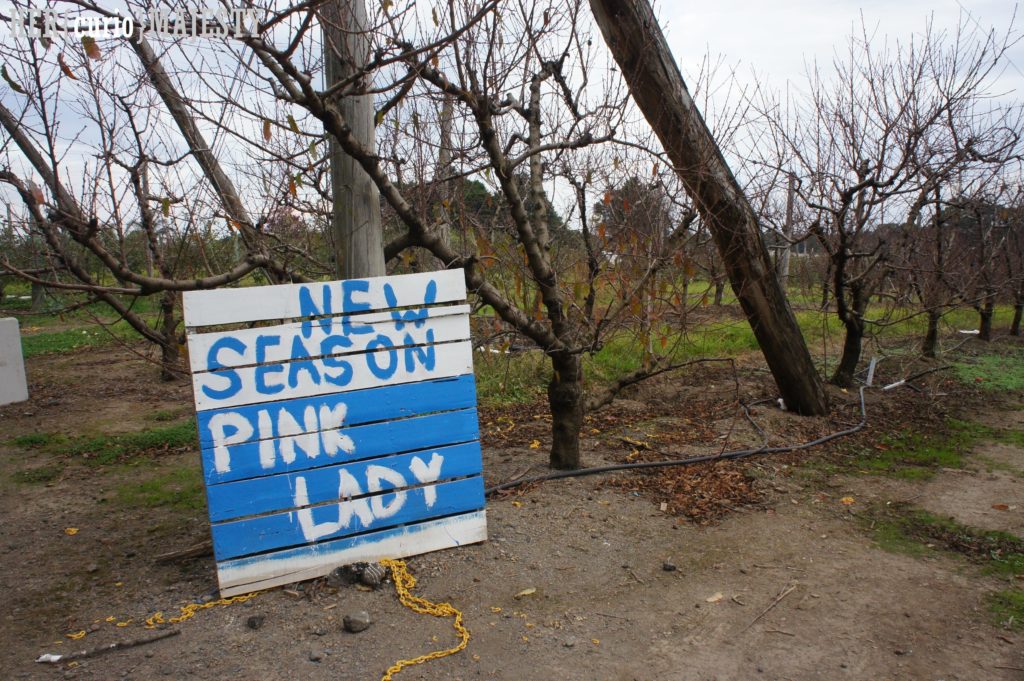 Our anniversary is in May, which happens to be the red and orange autumn season in Mount Wilson. We were going to head there for the autumn leaves again after the alcapa farm, but then we saw this: pick-your-own new season Pink Lady apples! This was right by the Bilpin Fruit Bowl (the fruit bowl sign’s so big you wouldn’t miss it). 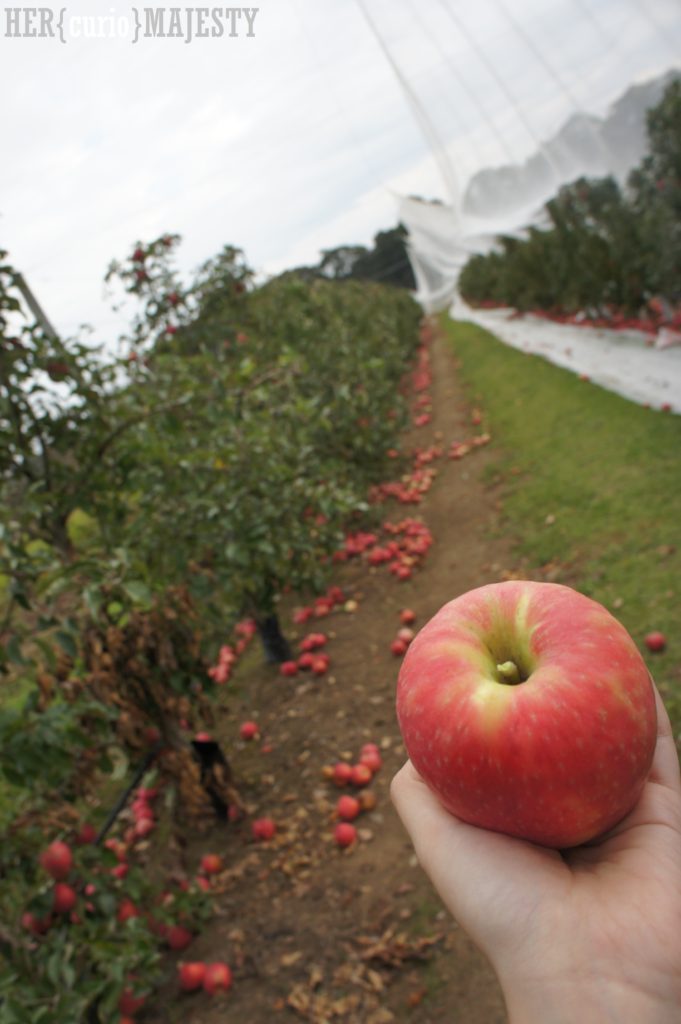 I told Mike we had to change our plans because I love Pink Lady apples! 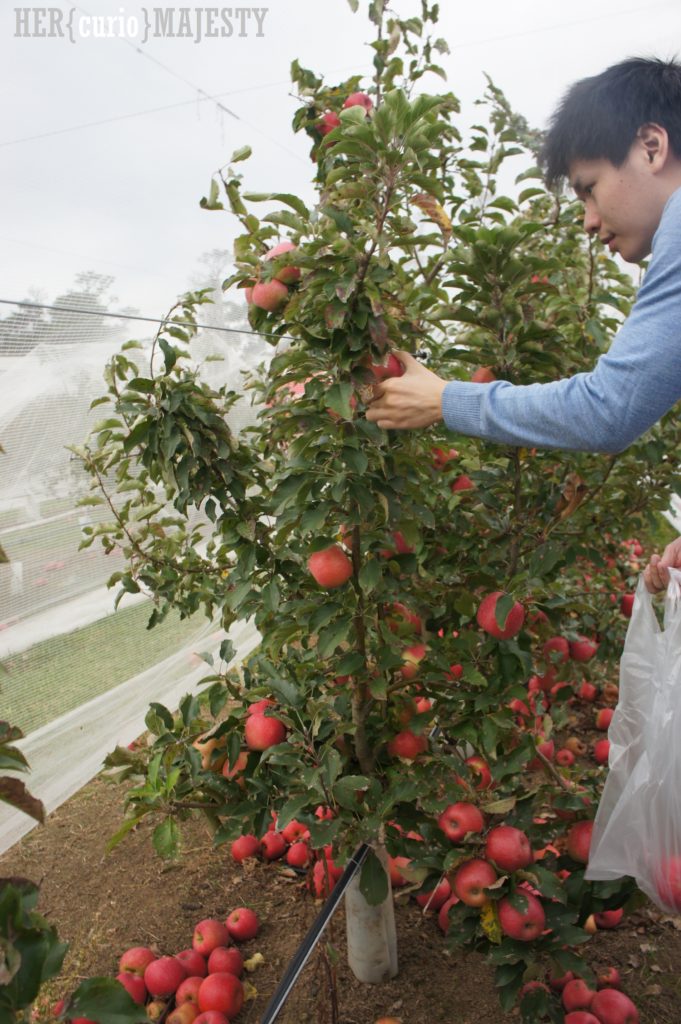 Fresh apples right from the source! Honestly, these were the best Pink Lady apples that I’d ever had! 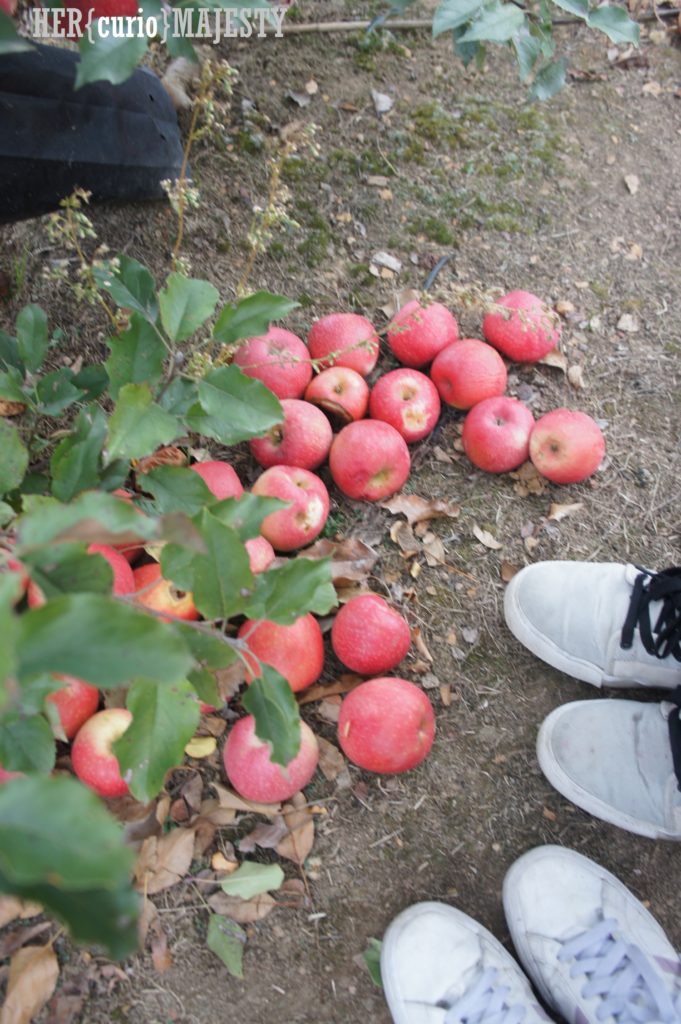 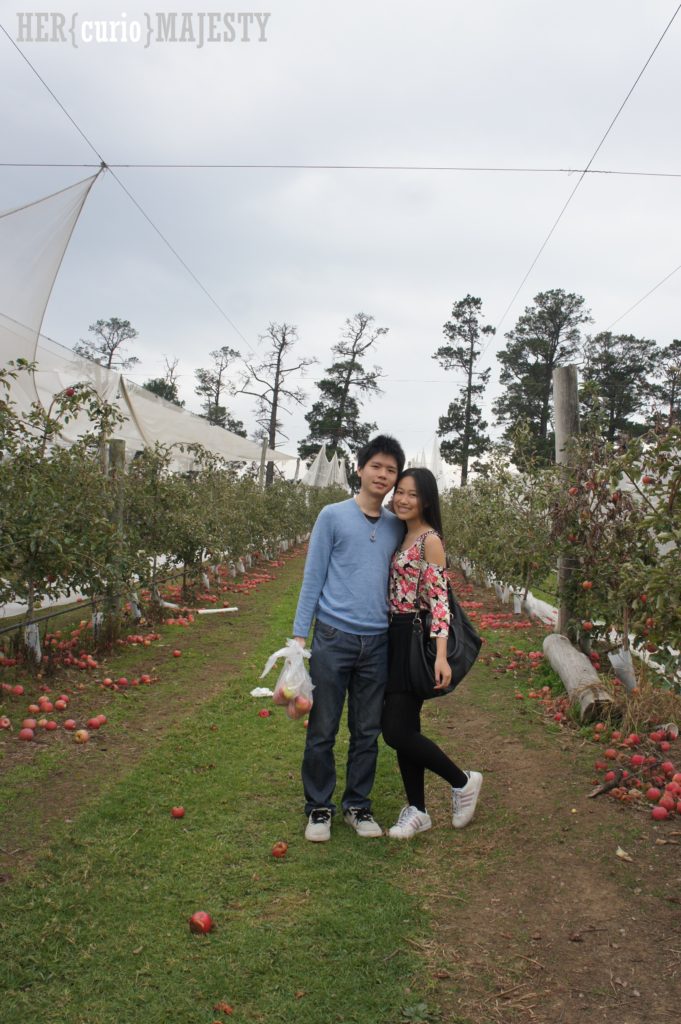 It’s a shame that so many were on the ground, but somehow apple-picking is so much more romantic than orange-picking or other fruit-picking, and we had a lot of fun. 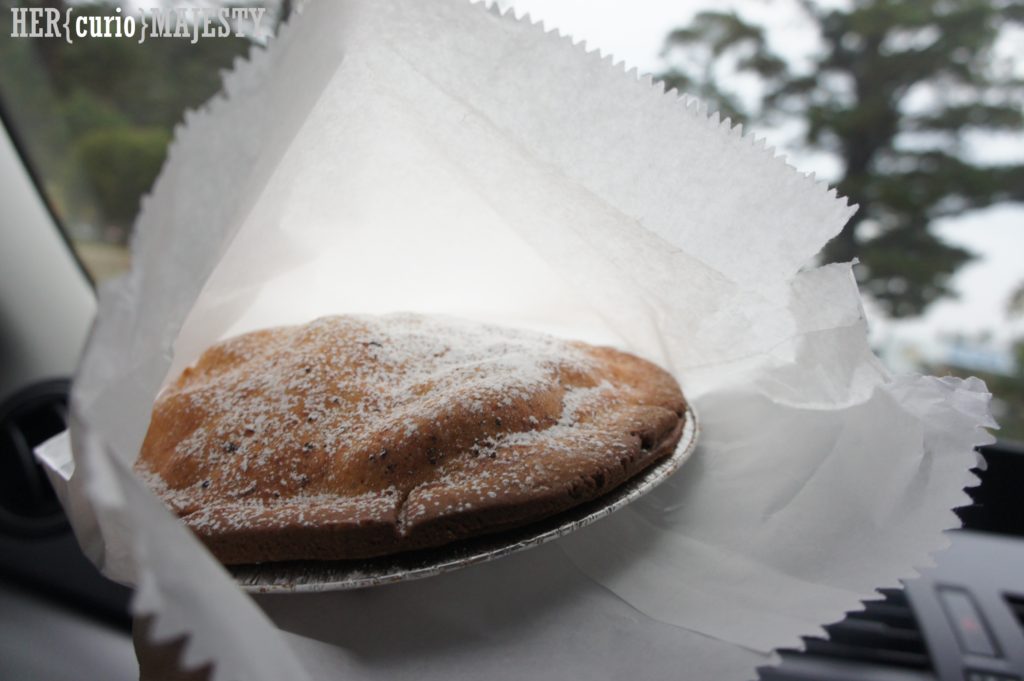 The Bilpin Fruit Bowl sells fresh fruit and local goods, and their own baked seasonal fruit pies! We got a huge apple pie from the shop, yum.