If you know me, you will know that I am not a morning person. I live in Sydney CBD, I set my alarm for 8:20am and snooze to 8:22am (yes, every minute counts) every morning before my 9am start at the office.

That’s why in the wee hours on the day we were scheduled to visit Hanauma Bay, I thought to myself as I desperately fought the urge to hit that snooze button: This, better, be, worth it! 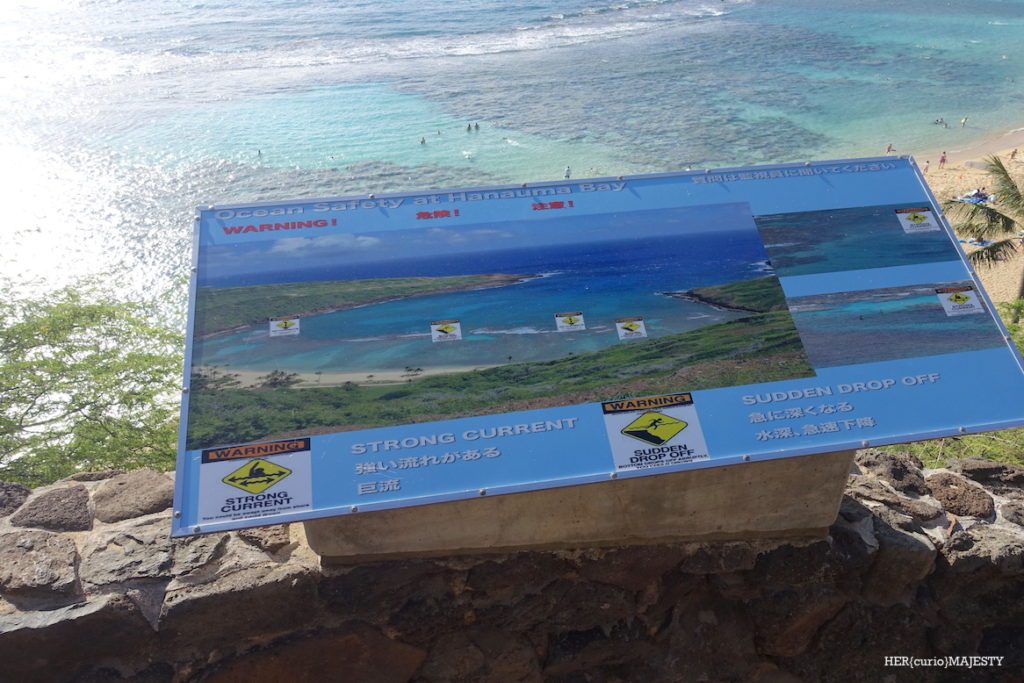 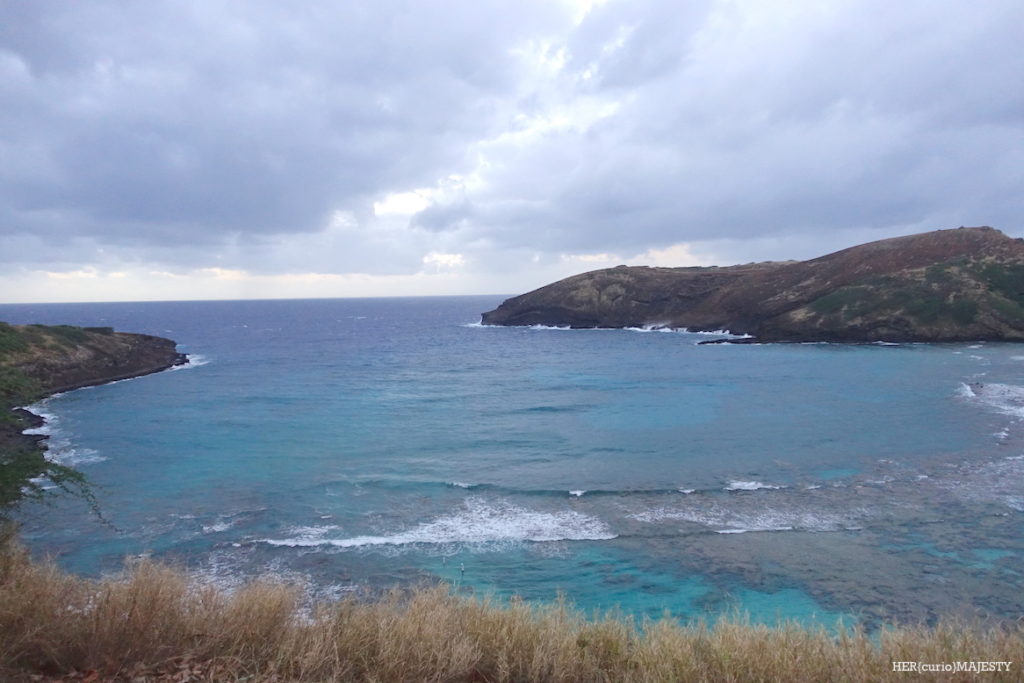 I was pleased that we actually stuck to our plan and got there before 7AM. For some reason we were told to walk straight in for free! We didn’t even go through the video orientation. That must have been the universe’s way to reward our effort. 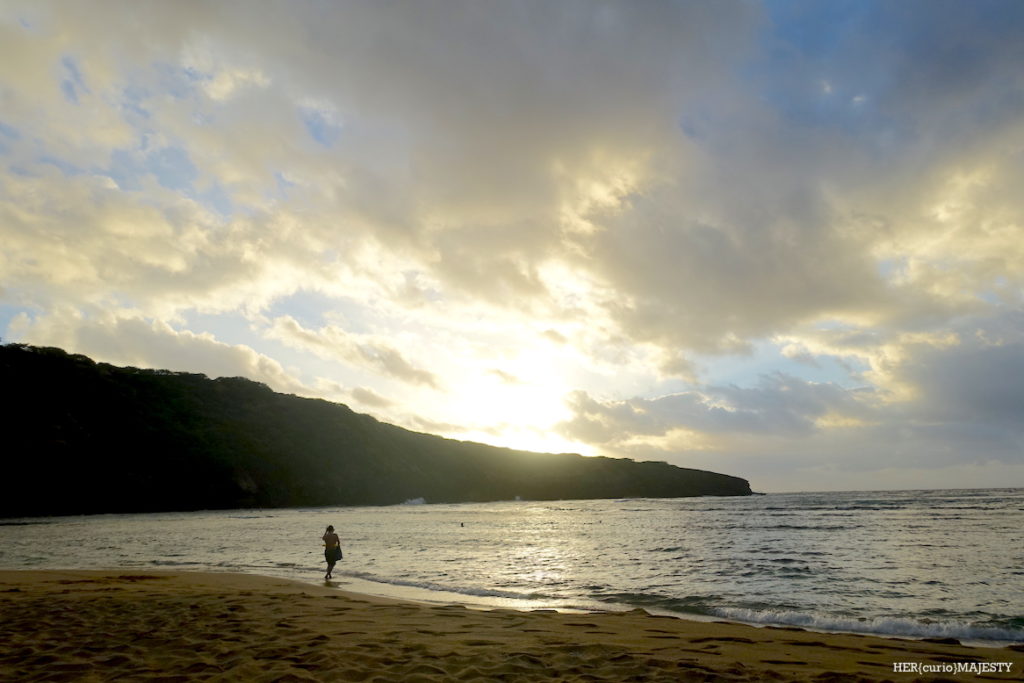 The air was very chilly in the early morning, so we waited a bit before we went into the water. I had to engage all the willpower left in me to step into the cold water. 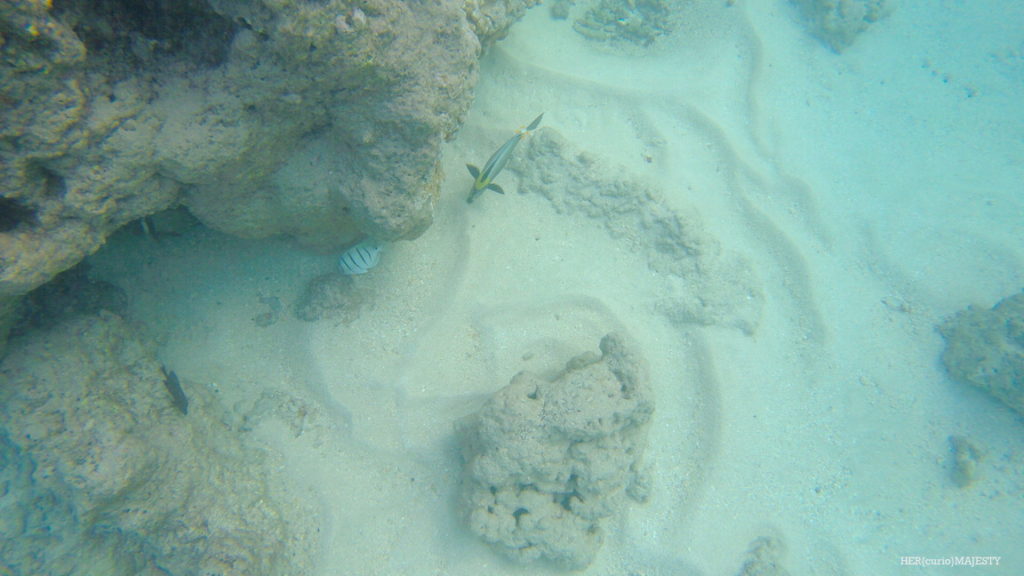 There were not as many fish as I had imagined. There were times when we floated around and saw nothing. 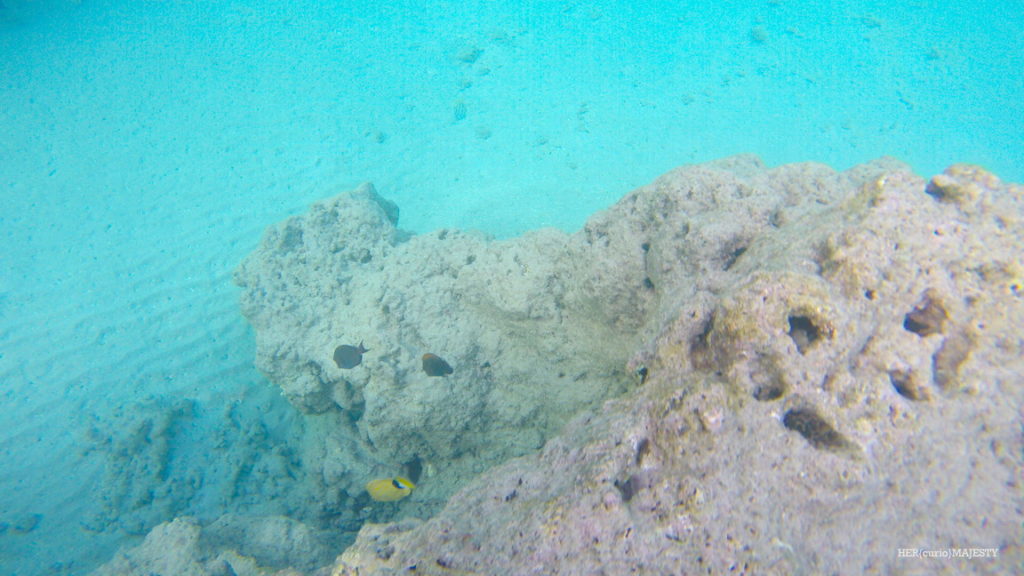 There were patches of the ocean with huge (dead) coral rocks underneath that made the water suddenly very shallow, so much so that I felt like my belly’s barely centimetres above the coarse rocks and was really close to getting grazed. 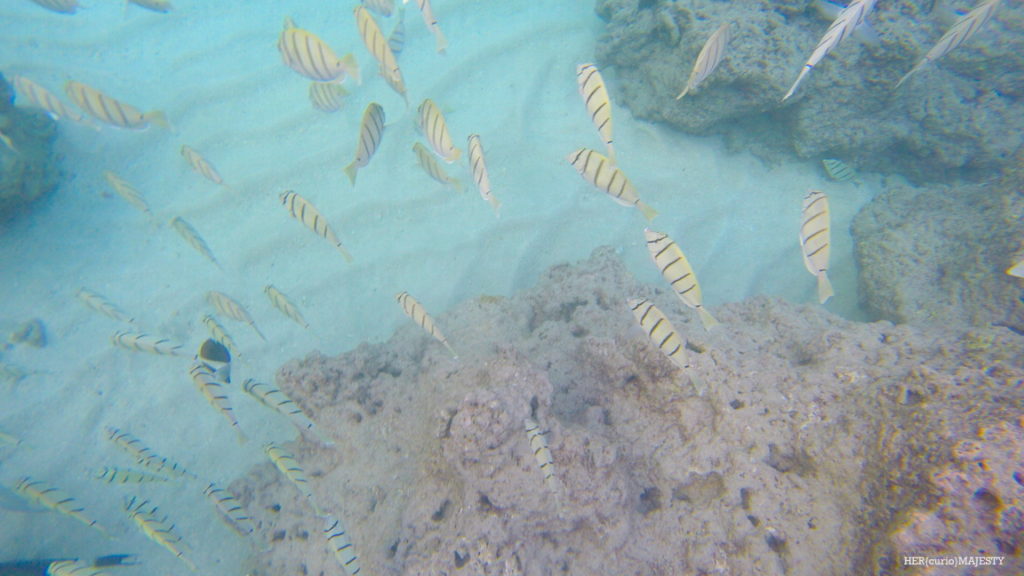 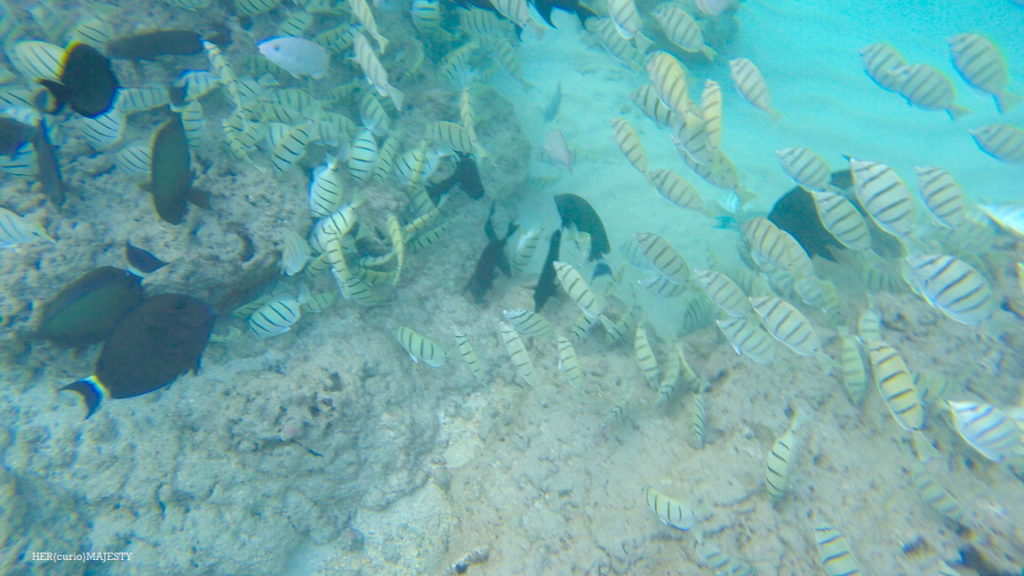 Frankly, I felt let down by the snorkelling we had at Hanauma Bay, especially considering the time and effort we made to visit here. We did not see as many fish here compared to our snorkel at Kahaluu Bay on Big Island, which I enjoyed more. The visibility also was not as clear as the Champagne pond in Pahoa on Big Island. 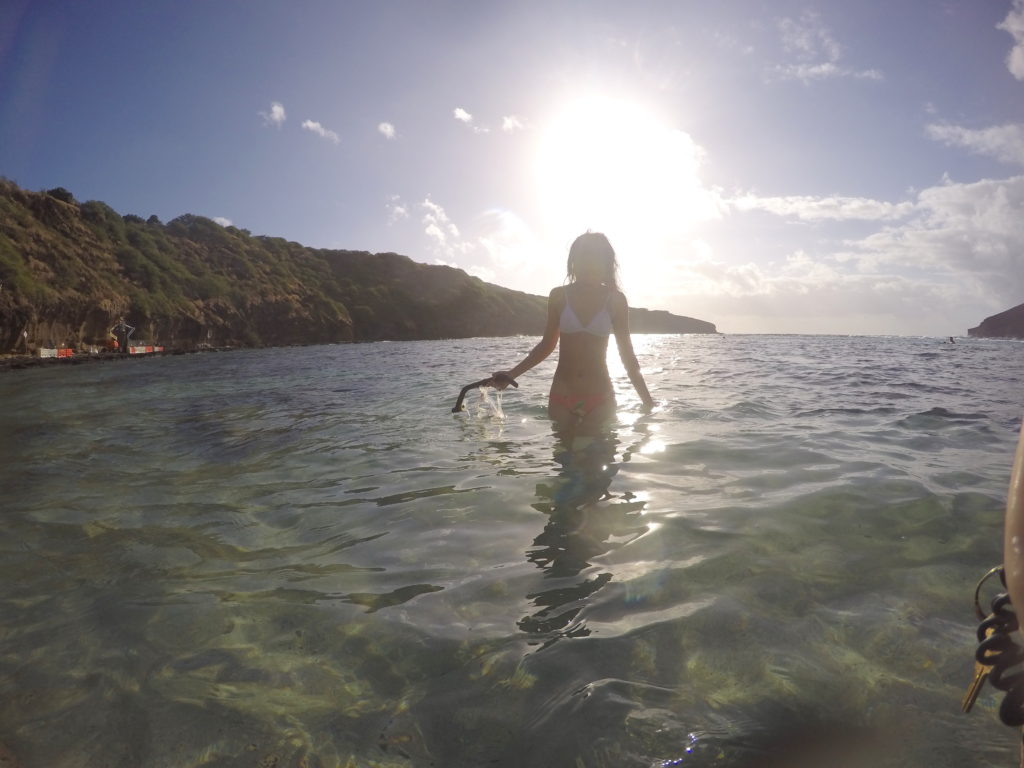 There were lockers for hire down at the beach. The key was tied to a elastic band and Mike kept it on his arm while we snorkelled – as shown in the right hand corner of this photo (photobombed!). 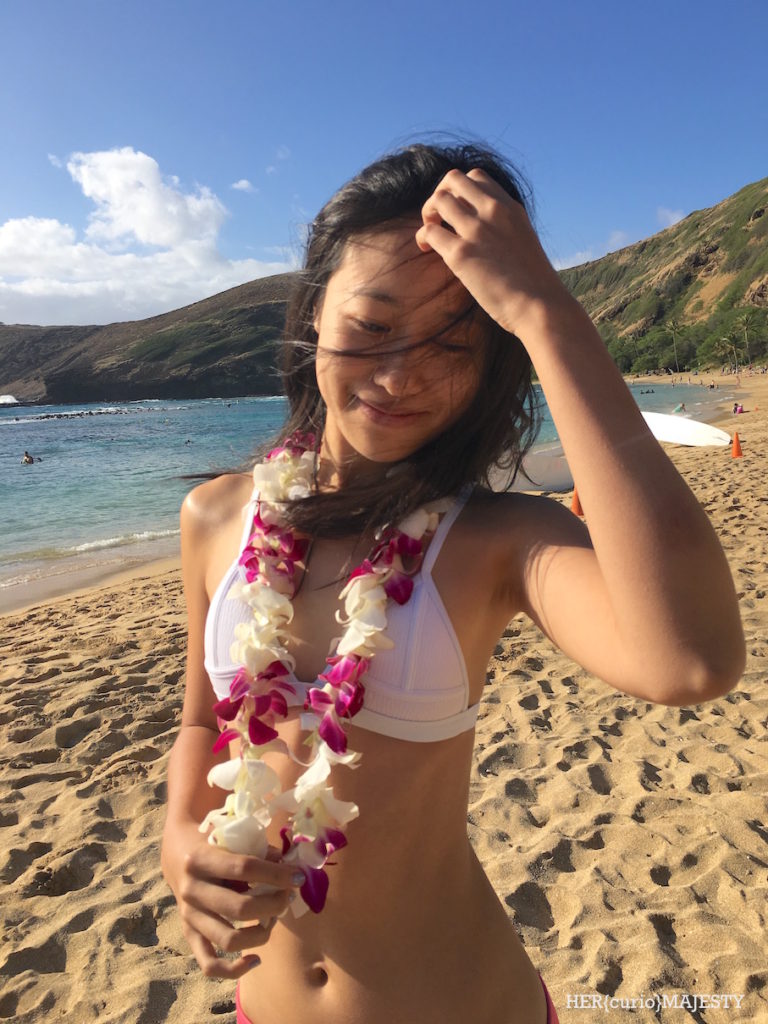 The sun finally came out by the time we were about to leave, just in time for some bikini snaps for Instagram:p 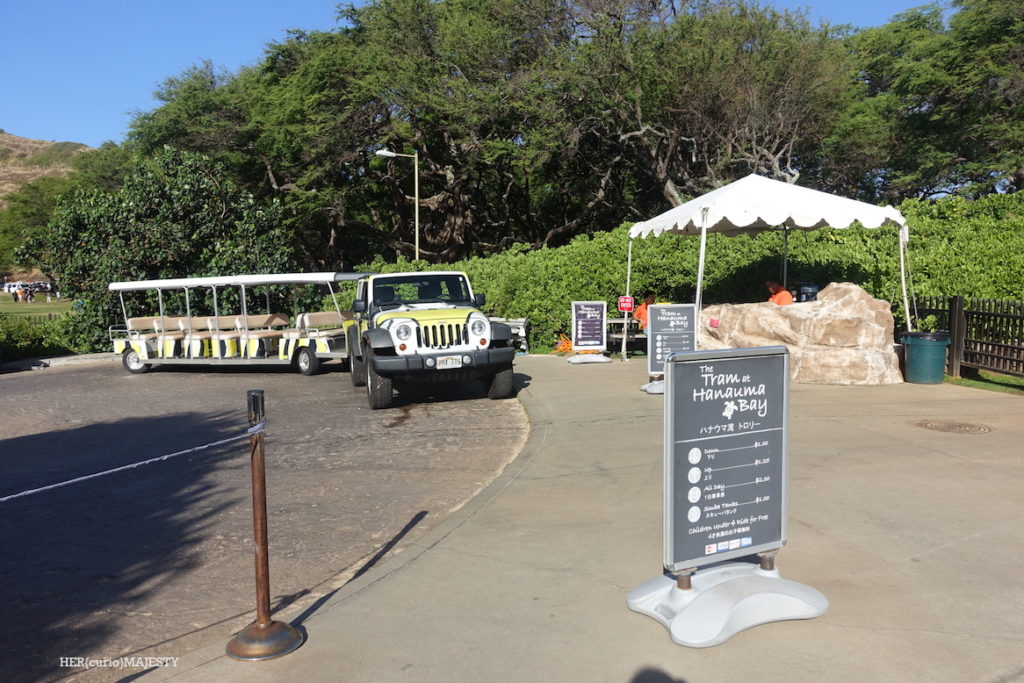 We didn’t want to spend money on the mini tram, so we walked down the hill ourselves. It was a bit of a trek to walk up and down, people with weak knees should seriously consider this. 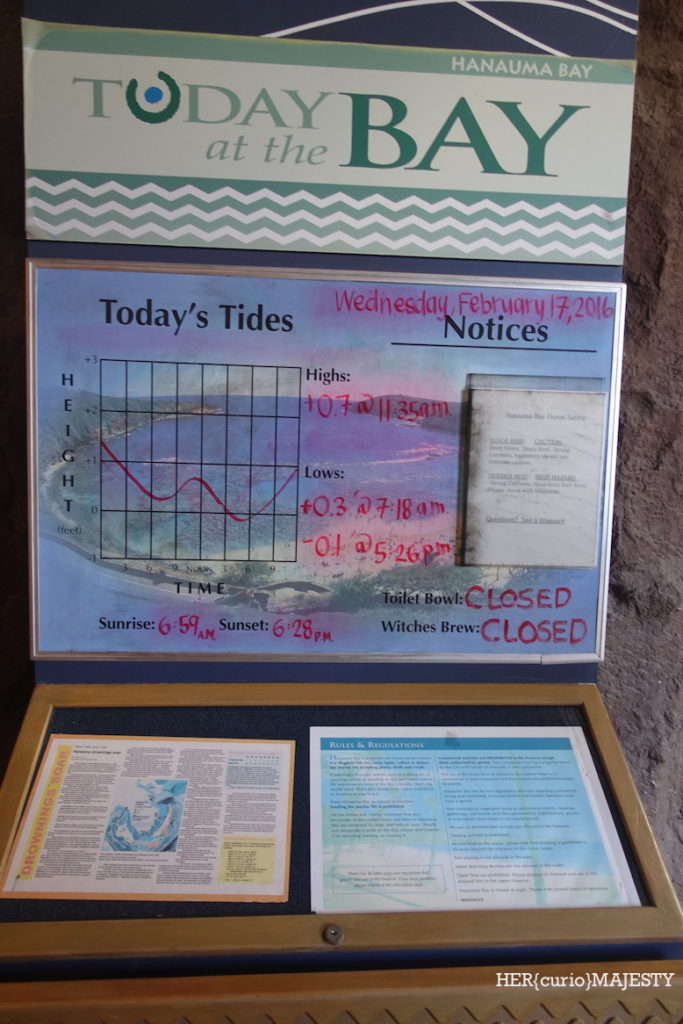 Tide information at the Visitor Centre 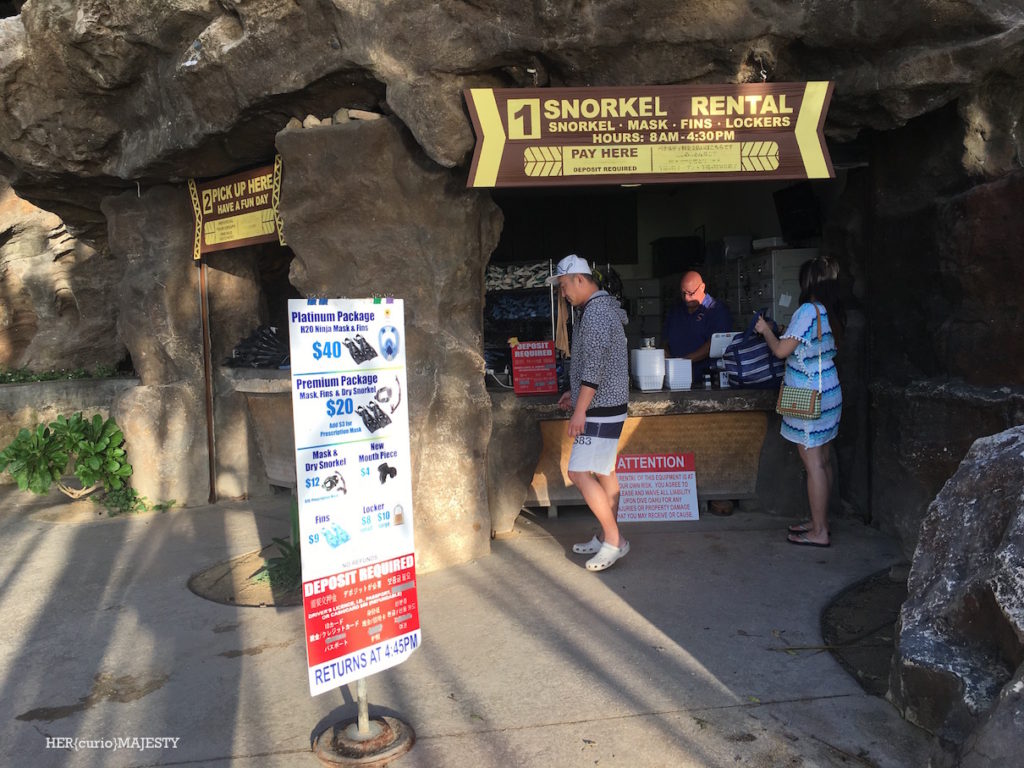 The Snorkel/Locker Rental counter opened earlier than its advertised time so we were able to get our stuff into the locker by 7:45am. The guy was very friendly and cheerful, great customer service.

We didn’t hire our snorkels here. Instead, we hired our snorkels for a much cheaper price at Snorkel Bob’s (details below). 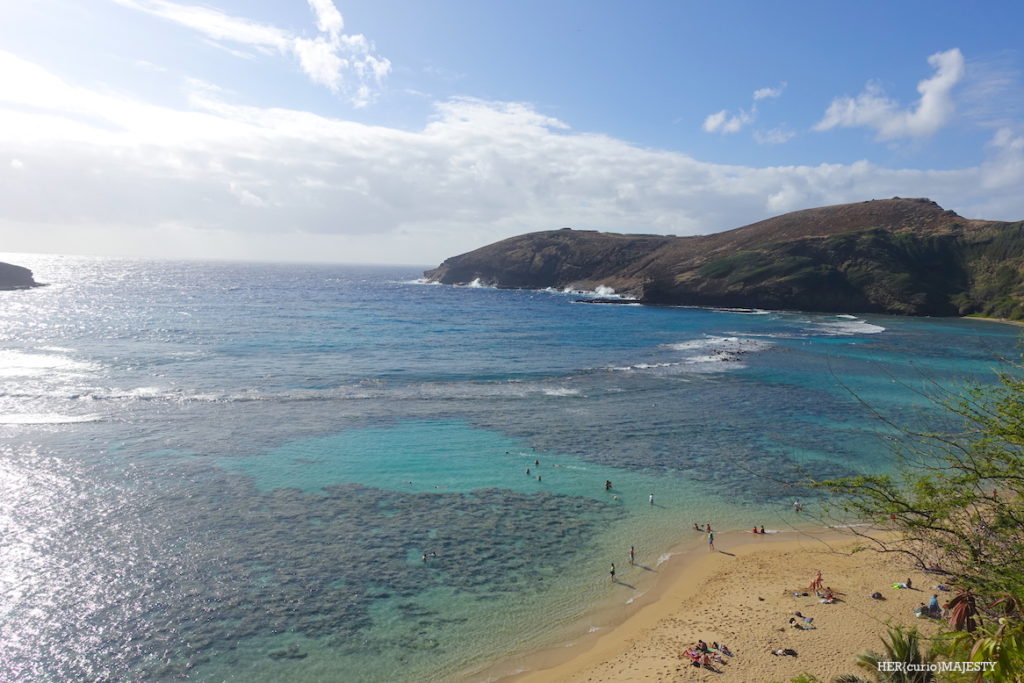 Overall, given that Hanauma Bay is a well preserved State park and the most popular snorkelling hotspot in Oahu, I would still recommend it if you are planning to snorkel in Oahu. The panoramic view from the hill was magnificent, which compensated for our slightly underwhelming snorkelling experience. Having said that, I am sure we would have enjoyed it more if it wasn’t so cold that day. 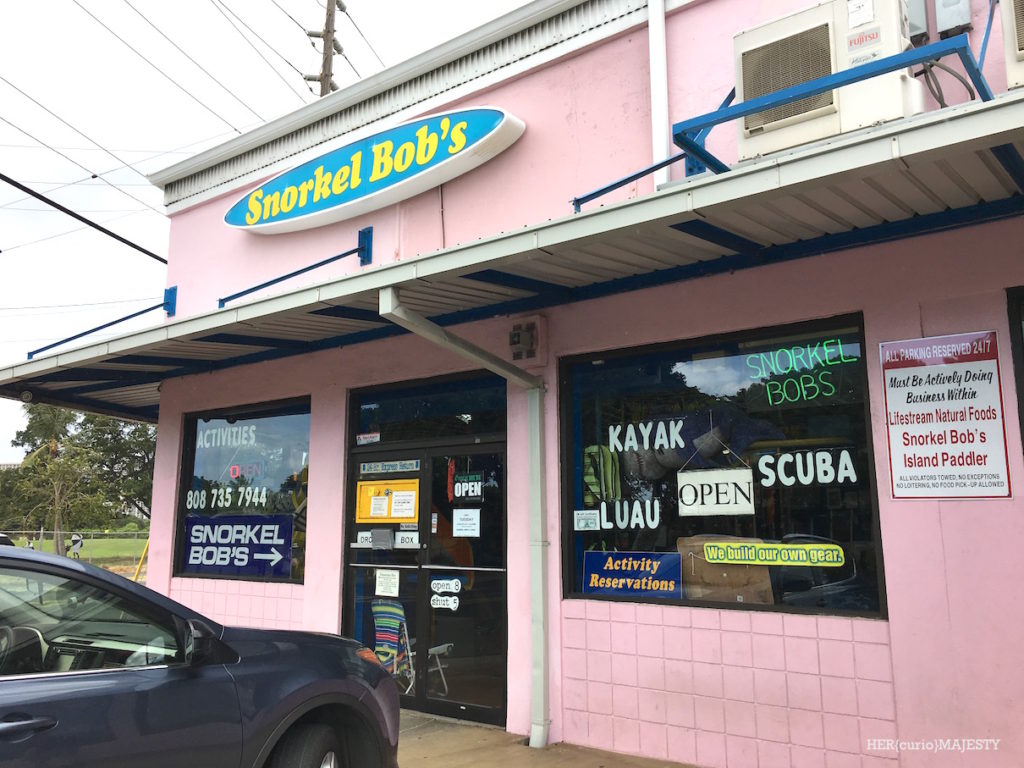 We rented our snorkels at Snorkel Bob’s.

Snorkel Bob’s had shops at Kauai, Oahu, Kona (Big Island) and Maui and they even offered interisland returns in Hawaii too – that is, you don’t have to worry about hiring and returning snorkels as you island hop, just hire the one set from A and return it at B! 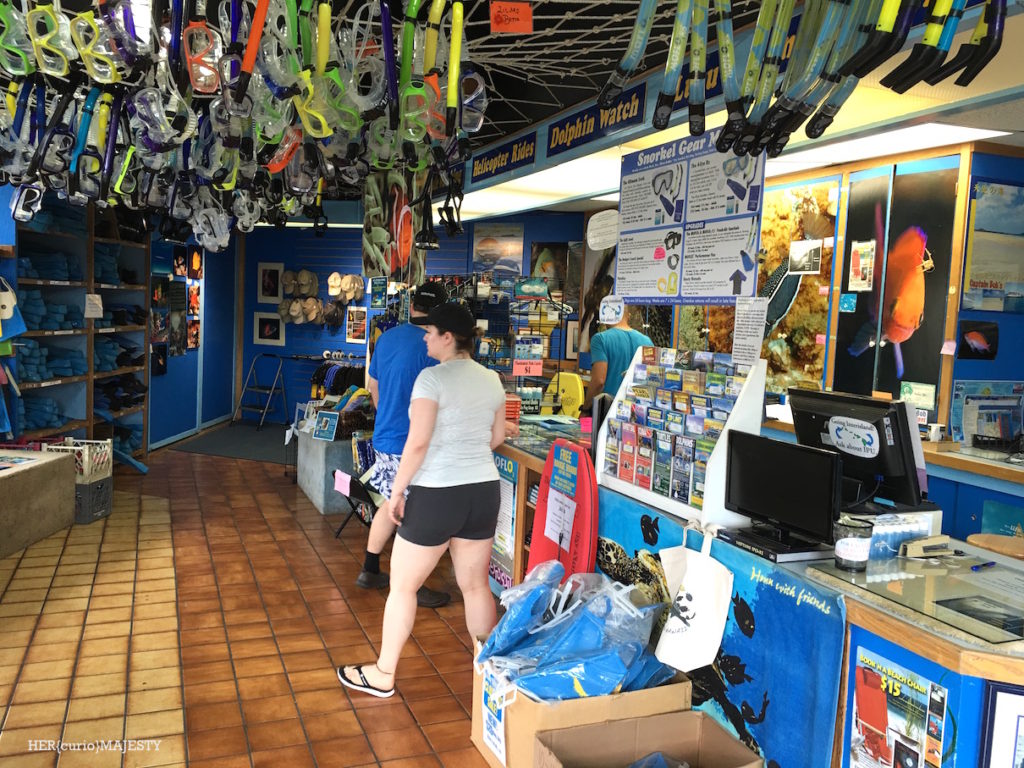 The prices for snorkel hire here were really affordable – We got the cheapest Budget Crunch snorkel set (includes goggles, fins, Ultima Bubba snorkel, no fog goop, snorkel bag) for US$2.5 for 24 hours! It was such a great rate and the 24-hour system (rather than counting the calendar day) allowed us to rent our gears the day before we went to Hanauma Bay and return it the next day after snorkel, which saved us time and money.

Wetsuit tops were $5 a day, it was worth it. 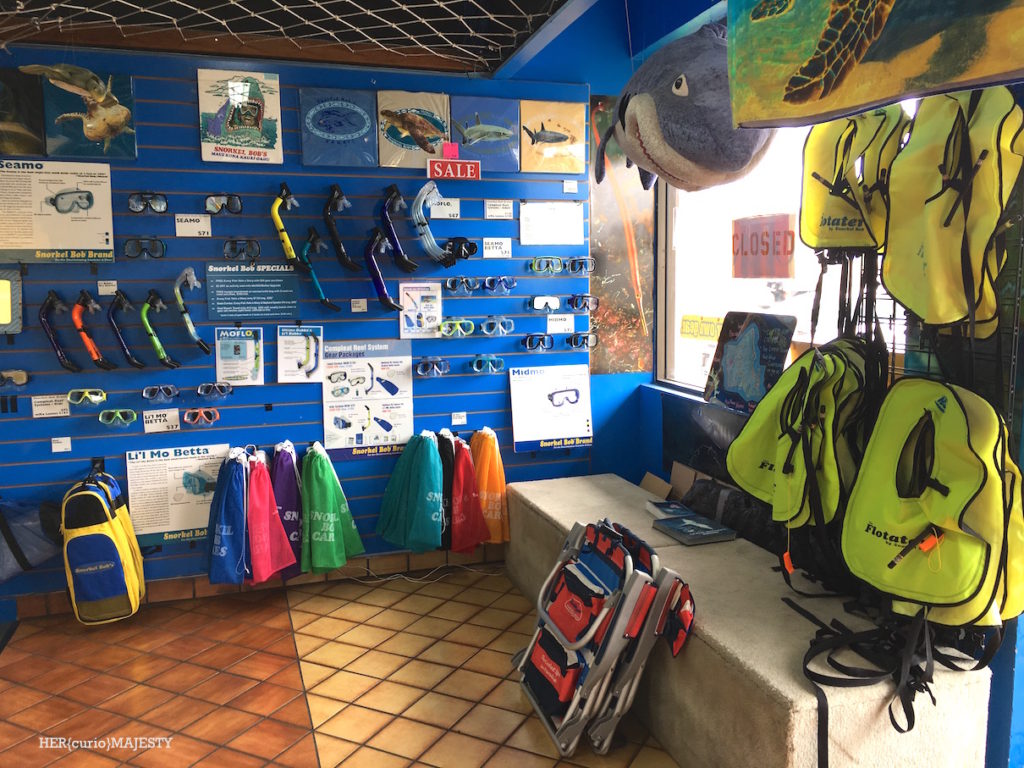